A quick update today on my TV timer project (which I'm building to automatically turn my security cam TV on and off based on various inputs). I finally got around to ordering up some CMOS 556 chips to replace the TTL 556, the latter of which requires 5v, has relatively low bandwidth, and crowbars the VCC line every time it changes states.

The new chips, however, did not come in 14-DIP packaging, but rather in SOP-14 surface mount. This meant I had to put my surface mount adapters to work for the first time, and the result I think looks pretty decent. 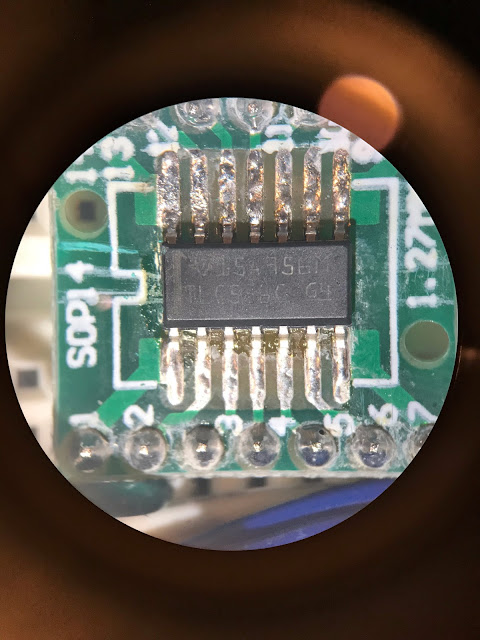 I had minor concerns about flowing the solder joints with standard solder rather than a solder/flux paste mix, but it turned out not to be an issue. I just tinned up the pads, slathered it with flux, and reflowed it with my hot air gun.

I did have a slight mix-up when I reinstalled the chip, however, as I didn't pay enough attention to its orientation and accidentally plugged it in backwards. This lead to inverting the VDD and GND pins, though surprisingly not only did the chip not lose its magic smoke, but it even gave some appearances of working correctly (despite all the rest of the pin connections likewise being incorrect). In fact, the only reason I noticed it was because it seemed to be drawing a rather excessive amount of current from the 3.3v supply.

Thankfully the problem was quick and easy to both identify and correct, and after reinstalling it the right way around the chip seems to be no worse for wear. 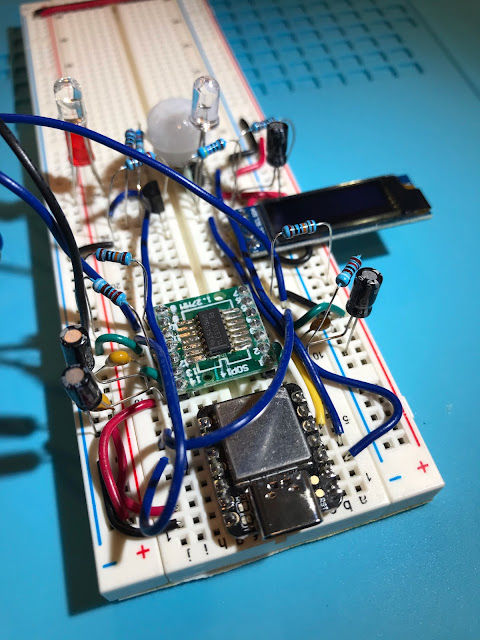 It's nice to not have to use the extra mosfets to level shift the output down to 3.3v.