I got a new toy 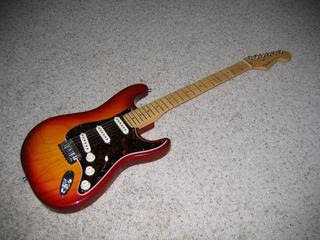 Mark your calendars!
Posted by Nicoya at 8:34 AM No comments:

Email ThisBlogThis!Share to TwitterShare to FacebookShare to Pinterest
Labels: palm

Also to be known as "the eventful day". I've arrived safe and sound in Sunnyvale.

The day started off boring enough. Some rain fell (no different from previous days, and yes, it rained in Minot too), and some miles passed. I made the mistake of not stopping at Elko for lunch and instead had to make do in Battle Mountain (a stupid little one-horse town). Mental note for next year: don't do that.

The first real excitement came when I arrived in California proper, at Truckee in particular. I have no idea what was going on, but the signs said something about a 10 mile traffic jam. I took a look at the map and said "fuck that with a grass rake" and slipped off at the next exit and took the highway down through Lake Tahoe instead (well, it didn't go through the lake itself, more around it). It made for quite a splendid mountain drive.

The next excitement came as I discovered that, as the 90 billionth customer on I680, I'd won a free prize consisting of a nail, specially delivered in my right rear tire. Luckily it's just in the tread and only a slow leak, so no harm done. I didn't even find it until I had stopped at the hotel in Sunnyvale.

The third and final bit of excitement was, right on cue as I started to unwind in the hotel room, the realization that I'd left my american ATM card at home. It's no big deal as I'll just go get a replacement tomorrow, but all the same...
Posted by Nicoya at 10:11 PM 2 comments:

Glendive to Twin Falls. Took a bit longer for lunch than I planned, as I got lost trying to find the IHOP in Billings. Mmm, pancakes.

Staying in the Super 8 here, and I'm not sure I like it much more than the Motel 6. They don't seem to have free internet here either, though I can get a decent signal from the car dealership across the road (thanks, Middlekauff Honda of Twin Falls, ID!).

Actually, double-checking their website (Super-8's, not Middlekauff Honda's), they say they have free high-speed internet so maybe I just need to call the front desk to get the wireless password or something. Meh, mooching the neighbour's wifi works just as well.
Posted by Nicoya at 9:33 PM 2 comments:

Winnipeg to Glendive. Made good time. I quite like this route, I think I may prefer it over taking the interstates through ND.
Posted by Nicoya at 8:21 PM 1 comment: