A Capacity for Cooling

My first thought was that the starting capacitater might be going soft, given that the unit is going on 20-some years old now. But I pulled the electrical cover off and gave it a check, and it was actually still reading just fine. A touch low on the compressor side but still well within reasonable values.

For future reference, it's a 50/5 µF capacitato. (The 50 side is for the compressor, the 5 for the fan, since the latter is a much smaller motor with lower starting current requirements)

It would have been nice if it were the problem, given that a replacement costs about $15 and takes all of 10 minutes to install.

Oh well, I shall meditate on this a while. The cooling works for now, so it's no big emergency.

Posted by Nicoya at 5:09 PM No comments:

I Have Many Fans

Meet the new fan, same as the old fan. 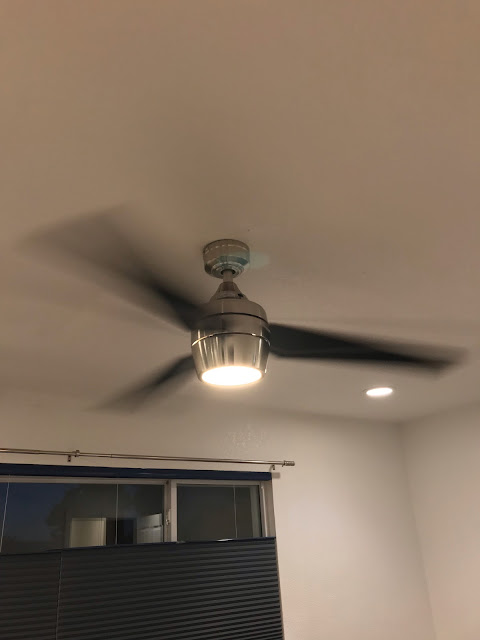 The old fan worked just fine, but it had a minor issue: one of the bearings was faulty and started making rattly bearing noises. This was especially unfortunate since this fan is in my bedroom, and I like to leave it running when I'm sleeping.

Or trying to sleep, as the case may be.

But a quick call to Honeywell, better known as Hong Kong China Electric Appliance LTD, secured a free replacement unit, as the support person I spoke with agreed that ceiling fans should probably not make this kind of noise.

I didn't have to send the broken unit back, however. They simply invited me to dispose of it as I saw fit.

And so I shall dispose of it, by spending $2 on amazon to order a set of replacement bearings and fixing the problem at its source.

And then I'll have two ceiling fans.

Posted by Nicoya at 9:23 PM No comments:

A Door, A Bull

Much like (or unlike, as the Mythbusters demonstrated many years ago) a bull in a china shop, I occasionally run into things I don't mean to. Sometimes this means my toe meets the leg of my coffee table, my shin says hello the corner of my bed frame or, in this case, my knee introduces itself violently to the door on my slant-top desk. 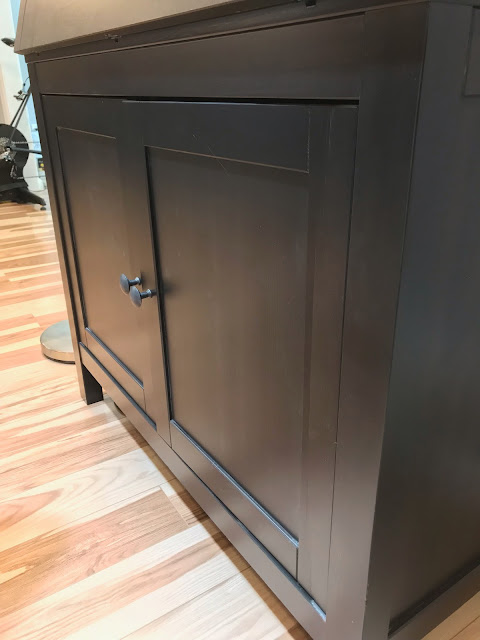 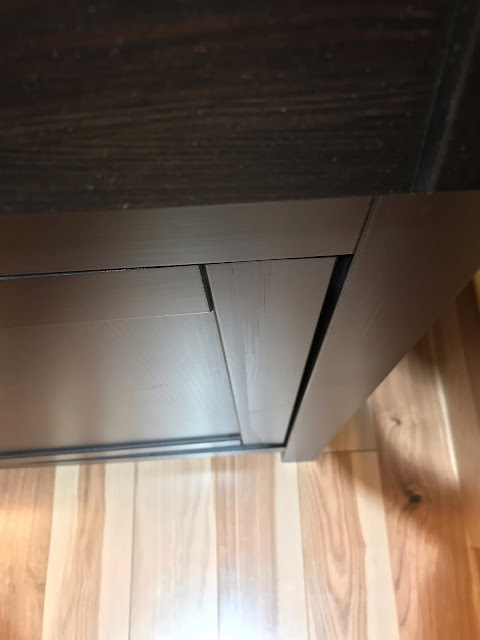 The hinge-side stile seems to be looking a little worse for wear. 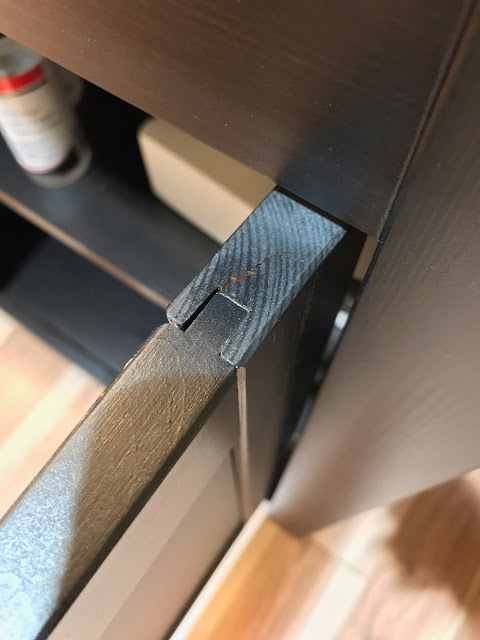 Ah yes, cheap Ikea construction bites again. if this were a quality frame and panel door, there would be a tenon on the rail that would extend all the way through the stile so that this sort of damage would be less likely to happen, due to the long grain keeping the stile from splitting. Much like this haunched mortise and tenon joint illustration that I stole from the internet. 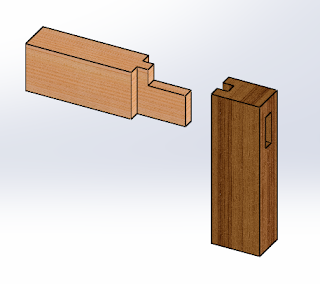 So on to the fix, which involves first drilling a few worm holes in through the back of the door. 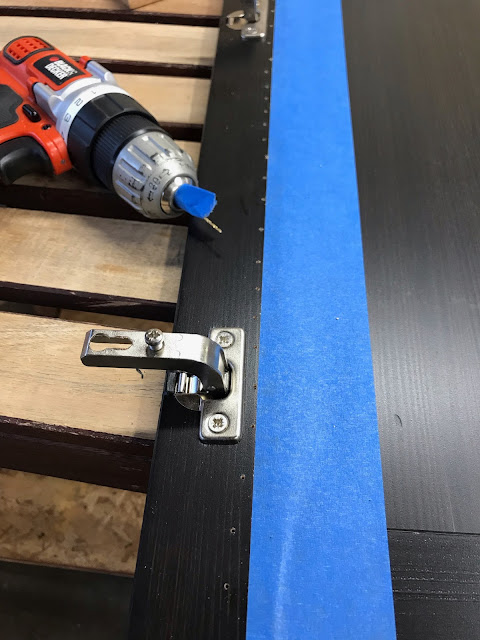 A number 55 drill bit turned out to be the exact right size for injecting the glue, which is the step that came next. 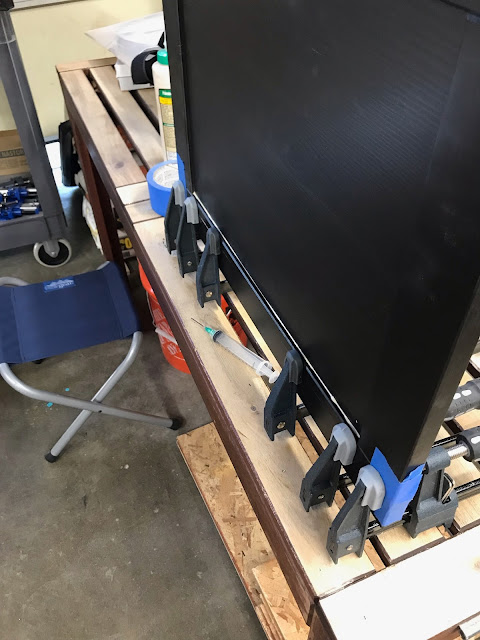 And letting it sit in the clamps for a few hours. 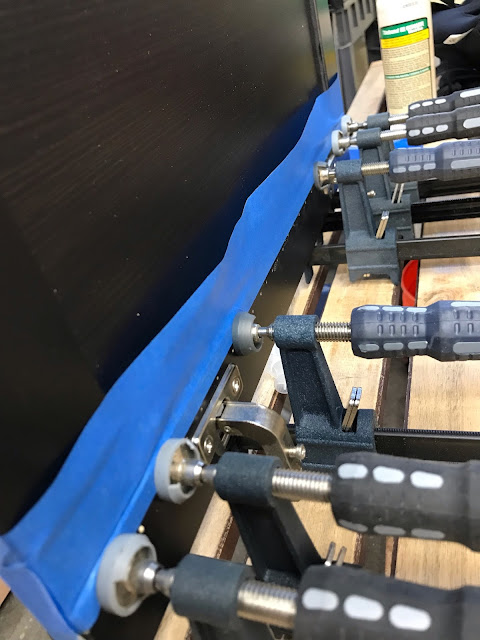 Before finally remounting, much less cracked and crooked than before. 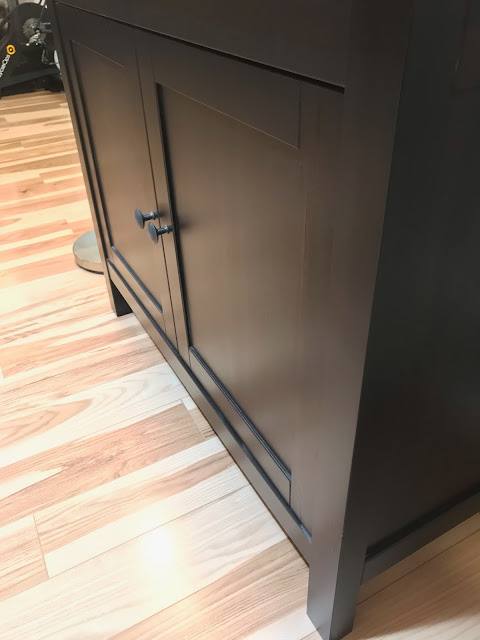 At least until the next time I run into it with my knee.

Posted by Nicoya at 8:09 PM No comments:

Amazon can lead a person to strange places. Today it lead me to "Gump's grocery", an entirely plausible name for an electronics vendor in the middle kingdom's Shenzhen city.

It lead me there because they were selling the 556 chips for about half the price of any other vendor on Amazon.

My expectations were low, but I was still disappointed.

When the chips arrived, I found that they had simply been shoved into an antistatic ziplock bag without any sort of protection for the pins. As a result, at least half the pins on all the chips were bent. This is not ideal. I didn't take a picture of them in that sorry state because I was a bit frustrated, and instead went straight to unbending all the pins.

Thankfully I was able to straighten them out without any of them breaking off, so that's good. 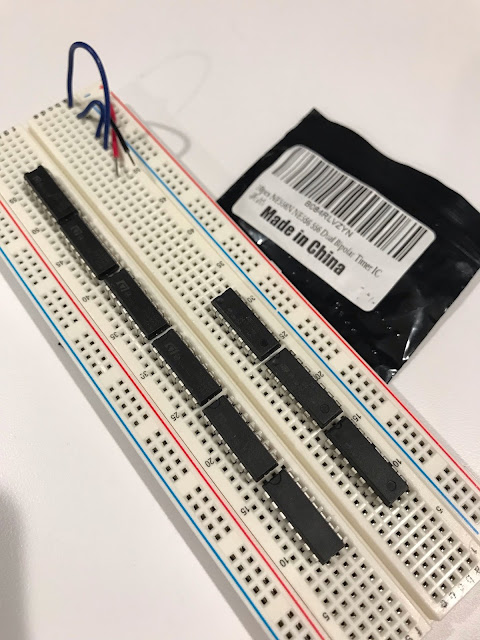 (I just set them on the breadboard like this for temporary storage, and also to make sure the pins were lined up.)

Now you might notice in the above picture that there are only 9 556 ICs present. Thankfully I did receive 10, the other one is sitting in circuit right now, doing its wibbly-wobbly timey-wimey thing. 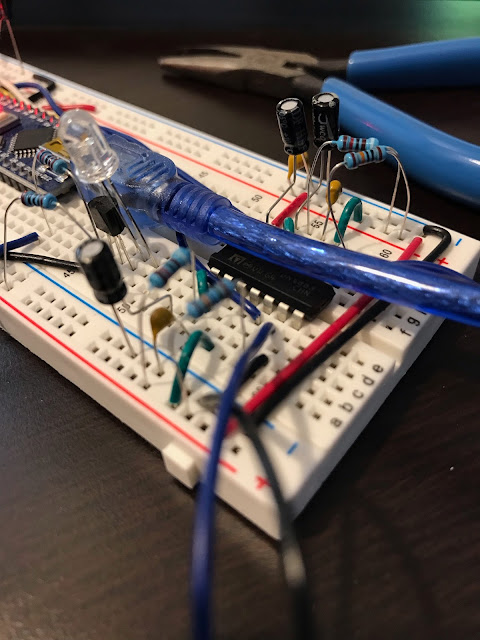 I've also officially run out of space on this breadboard, but that's a worry for another time.

Upon installing the first chip, wiring it up, and powering on the controller, I found to my dismay that it was performing in unexpected and erratic ways. Then I remembered that I had the code set up for an active-low signal and the circuit was providing an active-high one now, and after fixing that things worked perfectly.

I even went through and tested all 10 chips in the same circuit (thank goodness for breadboards) and they all somehow passed with flying colors.

Despite very obviously being salvaged from e-waste.

Ah well, I suppose it's environmentally friendly to buy back our trash on Amazon after shipping it over there in the first place for 'disposal'.

Posted by Nicoya at 8:46 PM No comments:

Decided it was high time I jumped on the M1 bandwagon. 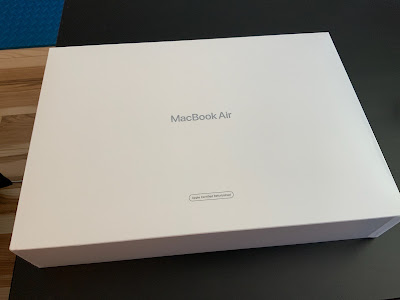 Mmm, refurb discount. 16G of RAM and 1TB of HD. Didn't really need that much but the lower option was 8G of RAM and 256GB of HD plus one less graphics core, and I didn't want to regret not getting enough RAM.

Posted by Nicoya at 7:12 PM No comments:

One of the buckles on one of my motorcycle covers decided that it had too much of this world recently. 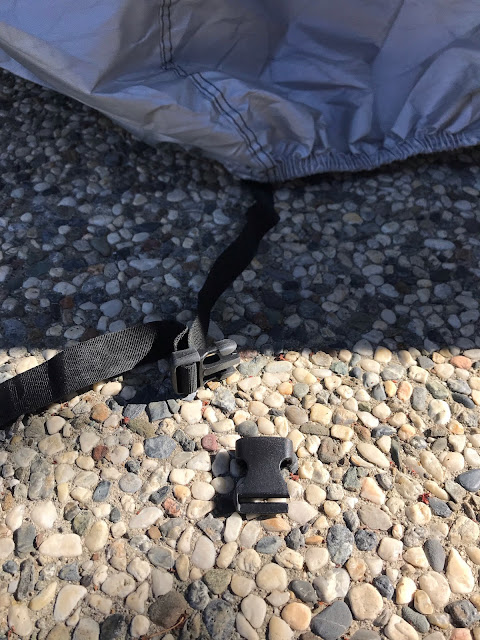 Not ideal. Luckily new buckles are pretty cheap and are, additionally, a bit nicer than these bargain basement ones. 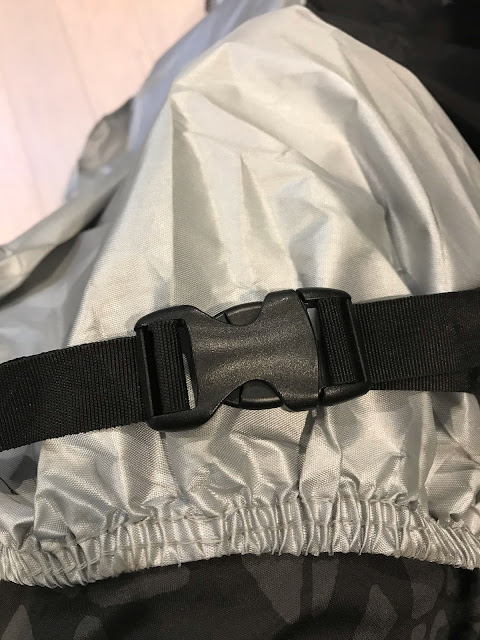 It took a bit of doing to replace the one side though. The male portion just threaded on an open-ended strap like you'd normally see, but the female side was sewn into a loop that I had to disassemble and then stitch back together.

Wasn't too bad though, maybe took a half hour of actual work, including hauling out the sewing machine and setting it up.

Posted by Nicoya at 7:10 PM No comments:

Now that my two weeks of vacation is wrapping up, I figured I'd write a quick summary of the outdoor adventures I partook in.

First up, a gravelly loop around RSV, Calero and RCDO. I had initially planned to drop down the far side of the hills in RCDO and try out a trail I hadn't ridden before, but I felt a bit low on steam and decided to turn around at the peak instead. The new trail can wait for another ride.

Speaking of new trails, Wilder Ranch was next on the list. I hadn't been there before and I found it to be a very pleasant day out. For some reason I felt really chill riding the trails there, and I didn't mind just taking my time and taking it easy.

Not every ride was off road though, and I dusted off Purple Haze for a ride down to Chesboro Reservoir, which was basically just a repeat of a ride I'd done previously, but where I'd taken an unexpected break part way up a climb when I noticed that my camera had filled its SD card.

I also scouted out a possible morning ride around Almaden. The ride is nice, but it's a bit too slow to be able to do before work, which I try to limit to 1 hour or less.

I had a doctorb appointment first thing in the morning on Wednesday so I didn't ride the bike that day, but I made up for it with a sweaty hike through Heintz Open Space.

I wrapped things up with a lap around Demo, this time with the aim to work on my jumping a bit. It was a nice day out.

Made the modifications to my LED light fixture that I alluded to in a previous post, and documented the process in video form because why not.