The bottle brush behind the fence is in bloom. 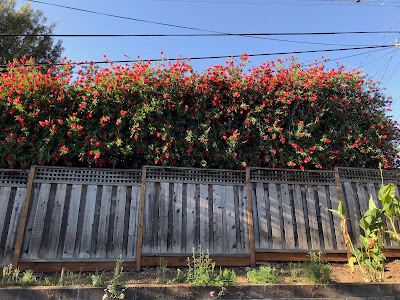 And the Canna is sending up some flower stalks. 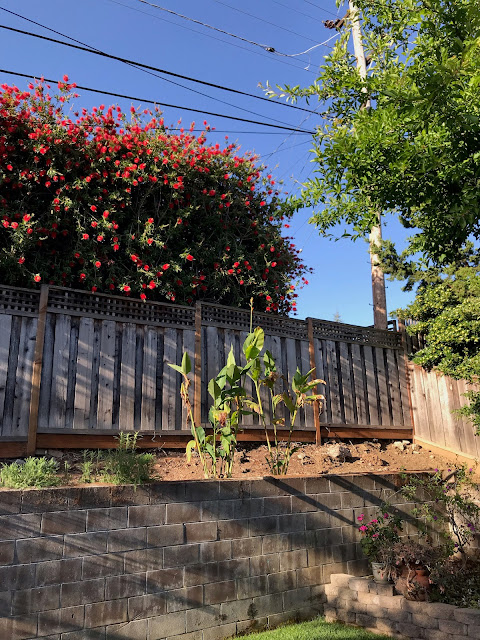 I keep trying to trim the ugly, brown leaves off the Canna but it keeps getting ugly brown leaves any time the wind blows even just a little. Somehow it just rips the leaves to shreds.

Posted by Nicoya at 8:07 AM No comments:

A while back one of the daisies lost a few branches and gained a bit of a port-side list. 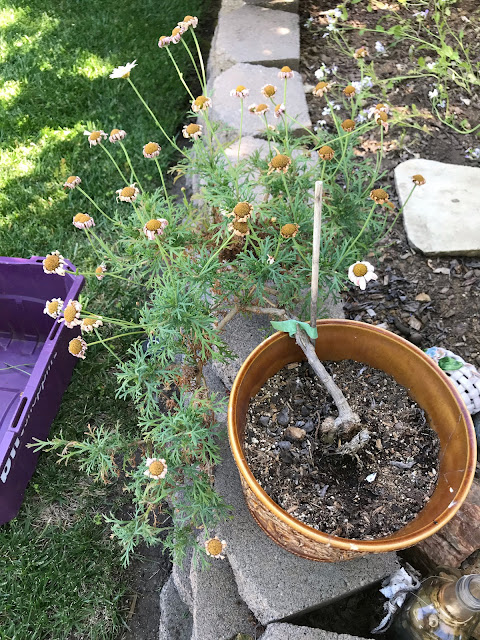 And by "a bit" I mean "a lot". It's been basically hanging over the edge of the pot for a year or two now, and it's about time I gave up on just waiting for it to right itself.

This calls for repotting.

But repotting requires a new pot, and it just so happens I have one in mind. 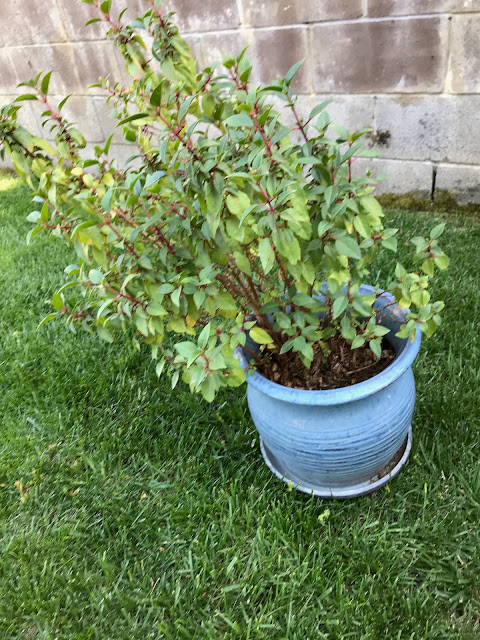 However, it's in use. The fuchsia in this pot has had its ups and downs, and mostly its had a bit of difficulty growing to its full potential due to the fact that the pot is only about half full of soil. It definitely needs more, but you can't exactly just dump more dirt on top, so fixing this is the perfect opportunity to repot it.

Off to the home depot and a bit of green thumbing later, and magically it has a new home. 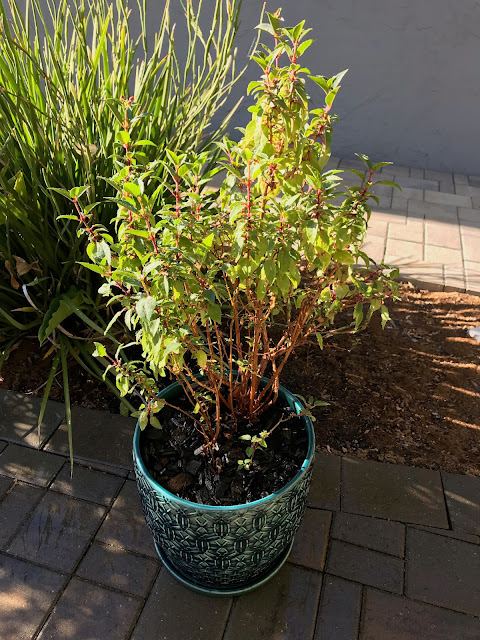 Slightly bigger pot, and actually full of dirt. Much better.

So now I have a pot freed up for the daisy, and in it goes, with a moderate attitude adjustment. 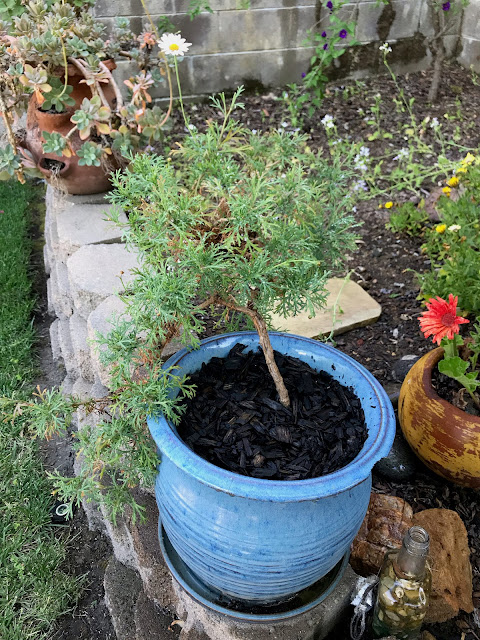 It would be nice if the pot wasn't chipped, but that predates my ownership of it by quite a while. The old pot was broken and glued together though, so this is at least an improvement over that.

Oh, and I also deadheaded it. At some point I'll give it a bit more pruning to try to train it up more, but for now I'll just try to keep it from dying while it adapts to its new home.

Posted by Nicoya at 7:08 PM No comments:

Spring has most certainly sprung. 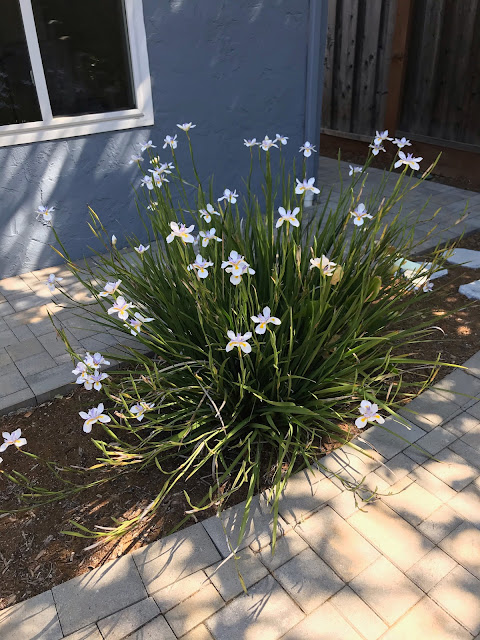 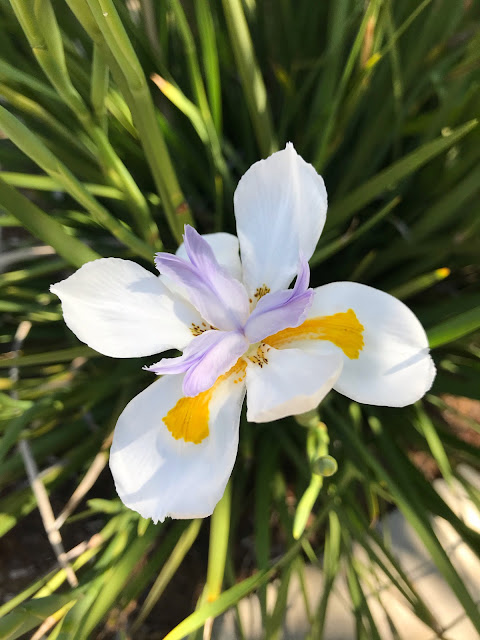 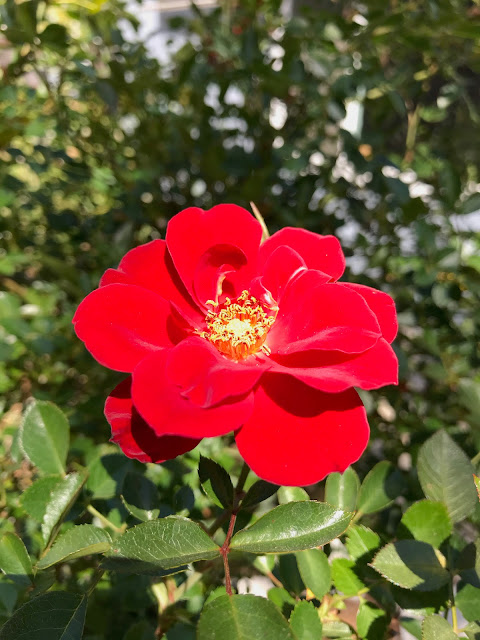 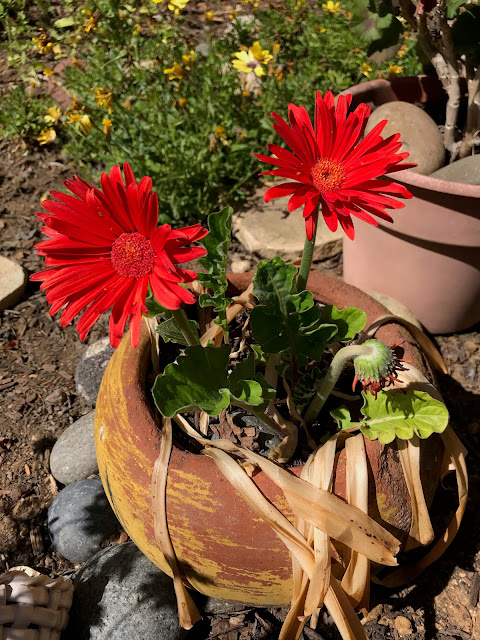 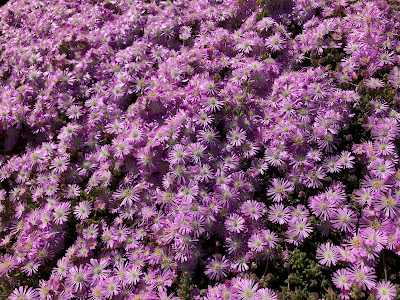 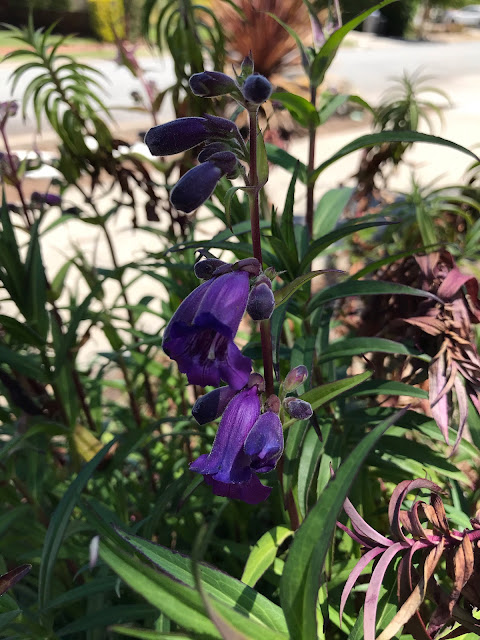 Iris, Iris, Rose, Some kind of Transvaal or Barberton Daisy, Ice Plant, and some kind of Penstemon that I've been calling a bluebell for a while.

Posted by Nicoya at 7:19 AM No comments:

Another day older and deeper in debt

So Tyler noticed on Friday that a neighbour was giving away some free 12x12 concrete pavers after presumably ripping out a backyard patio. He grabbed a few to lay down beside his house, and mentioned to me that more were available.

Now I've had in mind for a while a plan to dig out some access paths under my crawlspace, as it was built too narrow to actually crawl through properly, and I wanted to line the bottom of these paths with some concrete pavers so that I wouldn't just be crawling along on the dirt all the time. So, that made it a no-brainer to go pick them up. 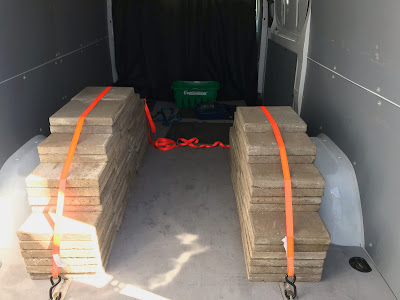 It's a good thing I have a van.

Anyway, I got pretty sweaty loading these on Saturday morning, so I waited until today to unload them. 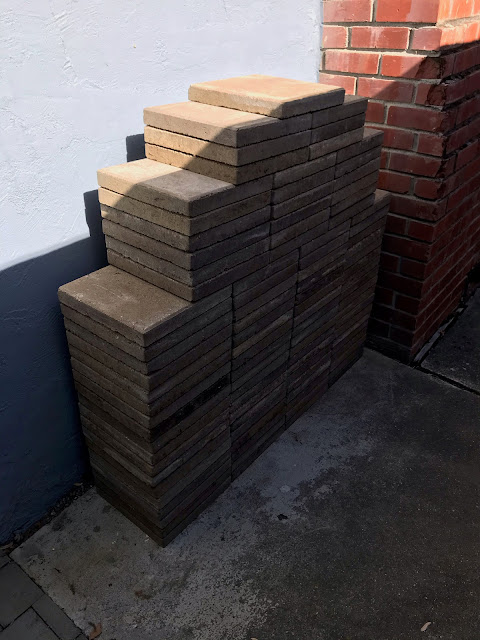 Ah, what a satisfying stack. 97 pavers in all, each about 18lbs, so 1746lbs (approx.) in total. For reference, the total payload capacity of my van is almost exactly twice that amount (just under 3500lbs).

Posted by Nicoya at 9:40 AM No comments:

Yes, we have no bananas today

As a child, I only knew cottage cheese for one thing: being the punchline of food jokes. It was the culinary version of self-flagellation, an edible penance for dieters to consume to atone for their sins. It was a key ingredient in "Nachos, Flanders' Style" (that's cucumber with cottage cheese on it).

But it wasn't something that any sane person would eat by choice.

Fast forward to a few days ago, and I'm watching a video on youtube about how to make ricotta cheese at home, and it occurs to me that ricotta cheese bears some striking resemblances to cottage cheese. As I ponder this notion, I meditate on the thought that I do quite like ricotta cheese, and given its similarities to cottage cheese, might I actually find myself enjoying it too? Might that explain why this product mysteriously remains on store shelves to this very day?

There was only one way to find out.

I traded in my usual weekly haul of honeycrisp apples for a bunch of bananas, and bought a tub of the cheese of mystery.

In a bowl, deposit a pillowy cloud of cottage cheese. Squeeze the blossom end of a banana to begin a tear in the peel and gain access to that tough little black nub that's always found down there. Throw out that part, nobody likes that part. Use a spoon to scoop the banana into banana coins, depositing each one in turn onto the cottage cheese, making a cash register ringing sound with each one. Slather on the bear brains, sprinkle with the spices and salt, and then take an instagram-worthy food shot. 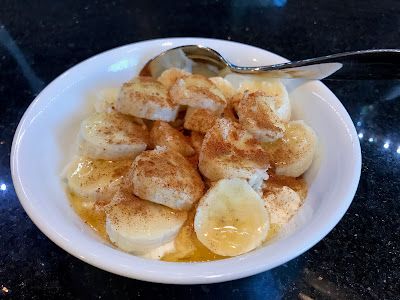 Oh yeah, that'll get the likes and follows for sure.

Why have I not been eating cottage cheese all my life? The only logical explanation is simply that I have been deceived by a long running conspiracy perpetrated by cottage cheese lovers hell-bent on keeping their favorite delicacy under wraps for fear that if the masses caught on it would drive up the price and lead to their ruin.

Well, their uppance has come. It's time for this conspiracy to end; it's time for the veil to be lifted, the masses must know the truth that has been kept from them all their lives.

If this is the last you ever hear from me, you'll know who got me. They can't get us all. Share the knowledge with the world.

Posted by Nicoya at 4:09 PM No comments: