I decided to experiment on a number of fronts with this batch of cakes.

First up, rather than drizzle the oil in slowly while beating with the hand mixer, I instead just dumped it straight in without a care in the world. The oil still incorporated just fine, though I think the batter was a bit thinner at that stage than it usually is. So maybe there's something to the whole slow emulsification thing, I dunno.

The next experiment was to use baking paper rather than buttering and sugaring the cake tins. 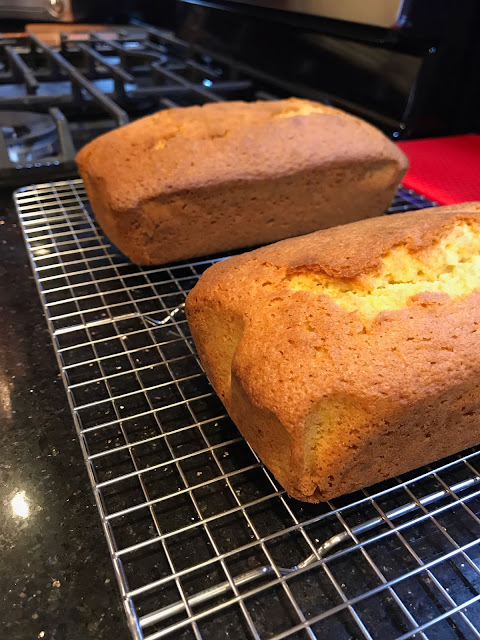 I was hoping that the wrinkles in the paper might even themselves out as things cooked, but that did not come to pass. Thankfully, it's no match for the power of experiment number three. 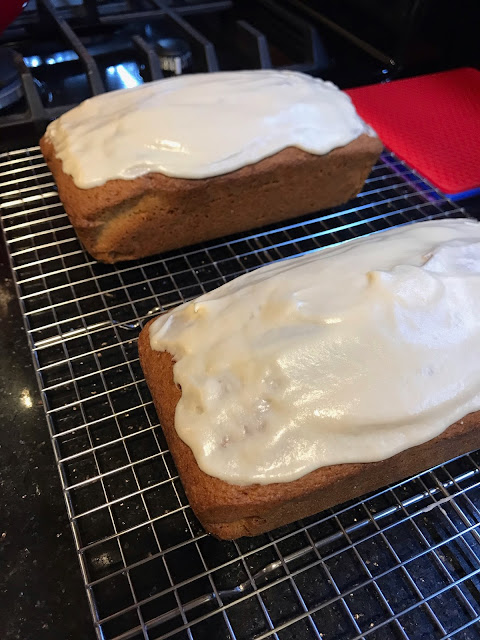 There is no cake sin that cannot be hidden by a layer of frosting. As is traditional, I made the frosting from scratch, because it's literally easier than scooping the canned stuff out of the tin, and tastes way, way better.

I did resist the temptation to make the full recipe on the bag of icing sugar, though, which called for 4 cups of sugar, an entire stick of butter, and then however much whole milk was needed to make it spreadable. The temptation was strong, I'll admit. Instead, I opted to cut it back to 1 cup of sugar, a quarter stick of butter, and the milk. Oh, and vanilla too, of course.

The vanilla made it come out a little tan colored, which doesn't really show up in photos, but I didn't feel the need to become the owner of a food coloring set just to make it some other color, so slightly tan icing it is.

Posted by Nicoya at 9:17 PM No comments:

The Canna in the back yard can't even. 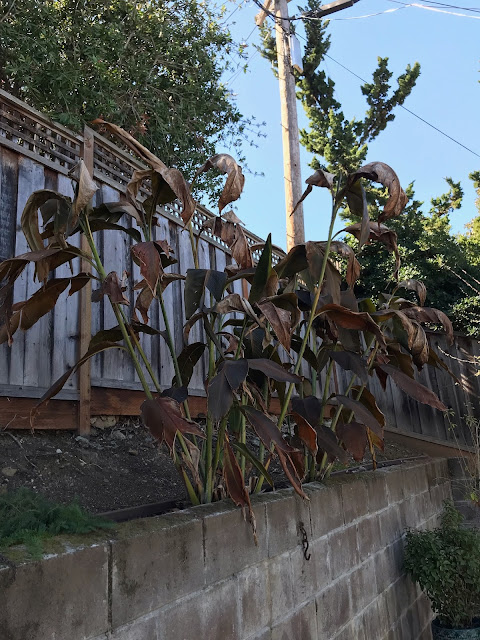 It got in an argument with an overnight frost and the frost won.

The good news is that it doesn't matter: I just cut it back to the ground and in a few weeks it'll pop back up fresh and new again.

Posted by Nicoya at 9:10 PM No comments:

I went for aged gouda in this month's batch of pot pies. Turned out pretty tasty but was a royal pain to try to shred. 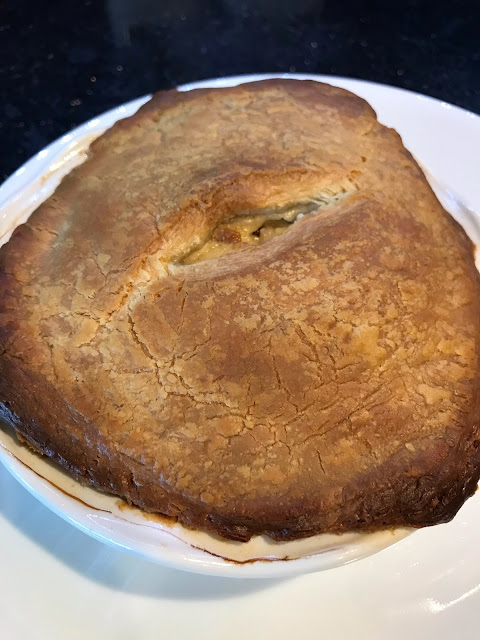 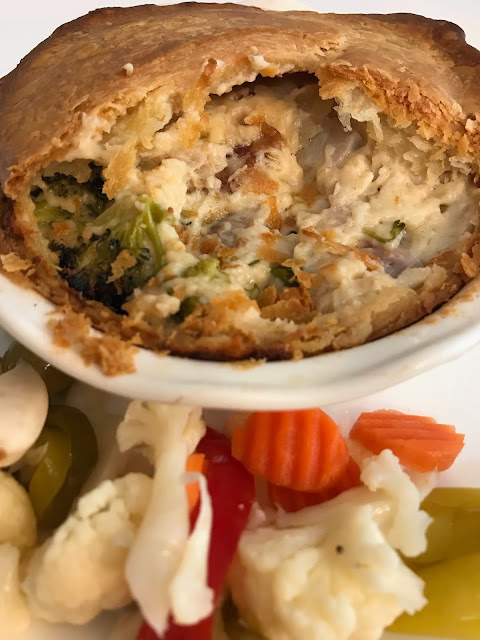 The crust turned out really nicely. I improved my puff pastry technique a little and I think the results paid off. I also opted to omit part of the bottom crust and only use a ring of pastry around the edge. This eliminated the bit of soft crust you usually get right in the middle, and as a bonus also dropped the cooking time by a fair bit due to the reduced insulation.

Posted by Nicoya at 9:09 PM No comments:

A new project has arrived on my doorstep. 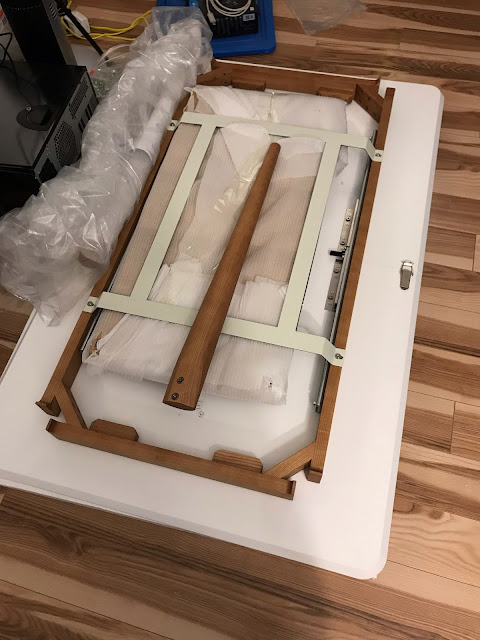 This is a thousand dollar table that I got for the low-low price of free. I'm not really sure why it's a whole kilobuck. The hardware at least seems like it's reasonable quality, but the top is just white painted MDF, with only the center leaf being elm... veneer... over MDF.

At least the frame is solid ash, so it's got that going for it.

So why didn't I pay $1000 for it? Other than the fact that I'd feel bad paying that much for an MDF-topped table? 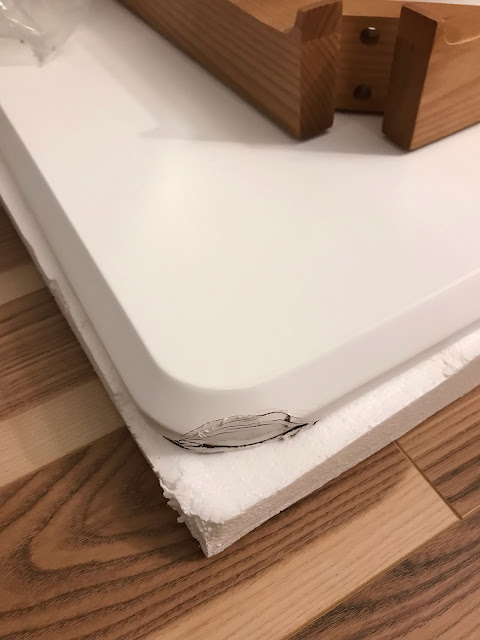 Because it had a little oopsie in shipping on its way to a coworker's house. He contacted the company and got them to send out a replacement, but that meant he was left with an extra, damaged table. I offered to make it disappear from his garage for the generous offer of "I'll show up with my van," and so that's when the table became my problem to deal with.

How will I deal with this problem? Well I'm glad you asked.

The design intent of the table is for there to be a contrast between the top and the frame/leaf, so I'm thinking of going with maple or some similar light, hard wood to replace the top. I'll also probably stain the frame and leaf a darker color to make it look a bit more like the walnut version, so as to make sure that the color difference between the leaf and the top is big enough to appear intentional.

When will this all happen? Probably not exceptionally soon. I want to finish my workbench first so that I'll be able to use it when making the new top. Now that the patio chairs are all done, I'll probably be going full steam ahead on the workbench again.

Posted by Nicoya at 6:09 PM No comments:

Six of one, half a dozen of the other

Finally got all 6 chairs refinished. 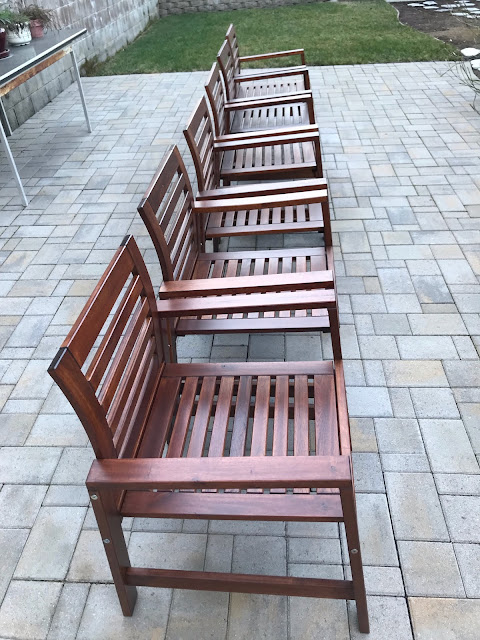 Hopefully the finish lasts this time.

Still have to do the table, but it needs to wait until I'm done using it as a workbench to build my workbench.

Posted by Nicoya at 5:28 PM No comments:

Spring is in the air

Somehow I managed to convince my rosemary to bloom. 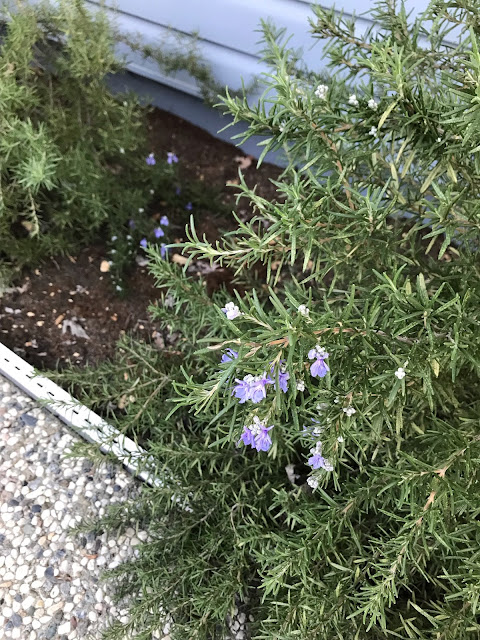 Honestly, I have no idea why.

Posted by Nicoya at 5:27 PM No comments:

The last batch of cinnamon rolls turned out not half bad, but also a little short of all good. So, I made a few adjustments.

The first was to make the puff pastry a little bit more moist, in particular adding a little brush of water when folding the layers together. That way there would be more water inside to flash to steam while cooking, which should result in a puffier puff. 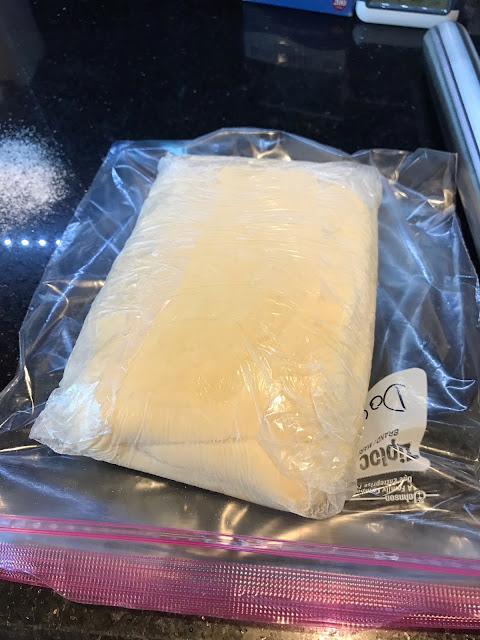 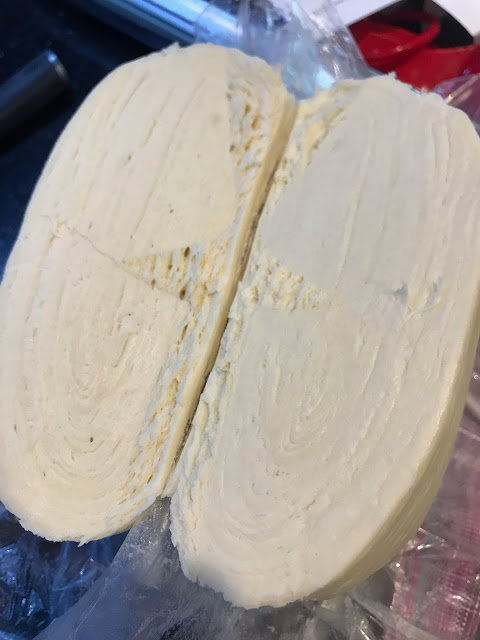 But the layering looks good, so we'll go with it. 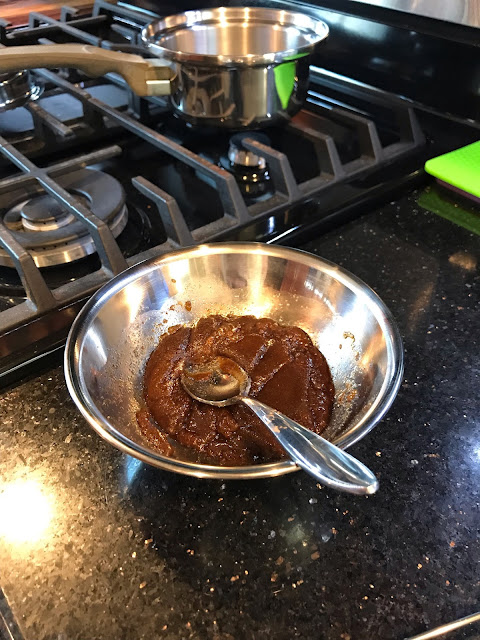 The hardest part of making cinnamon rolls is not just shoving that whole bowl of buttery cinnamon sugar in your mouth right at the start. 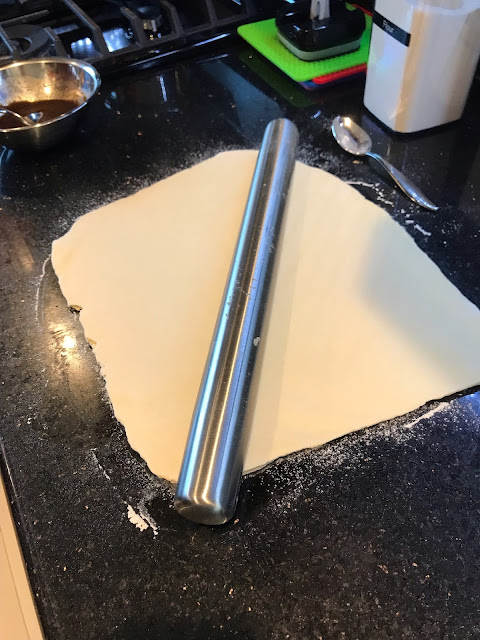 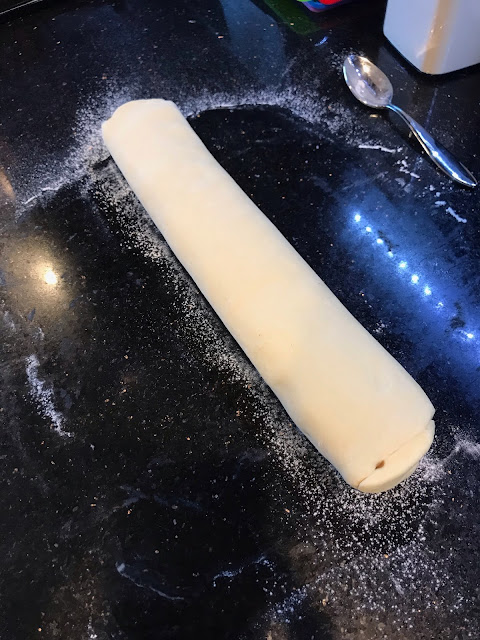 I also gave the seam a little smear with water here to help keep the roll from unrolling while baking. Anyway, while this sits in the fridge a little while to chill, we'll go ahead and prepare a 9x13 pan. 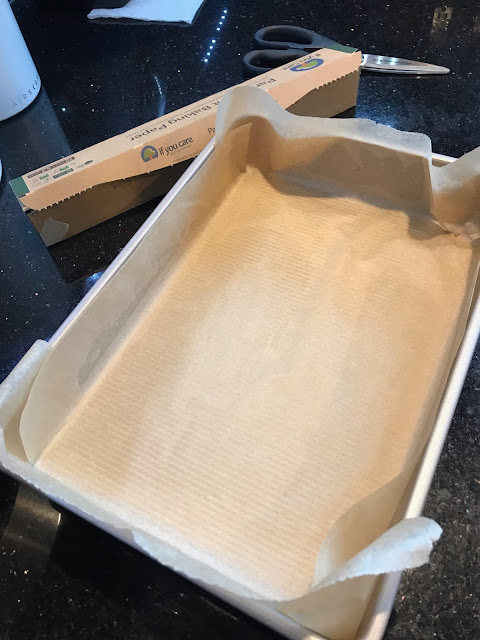 Just some parchment snipped on the corners, stuck in place with a little non-stick spray. Ironic, isn't it? 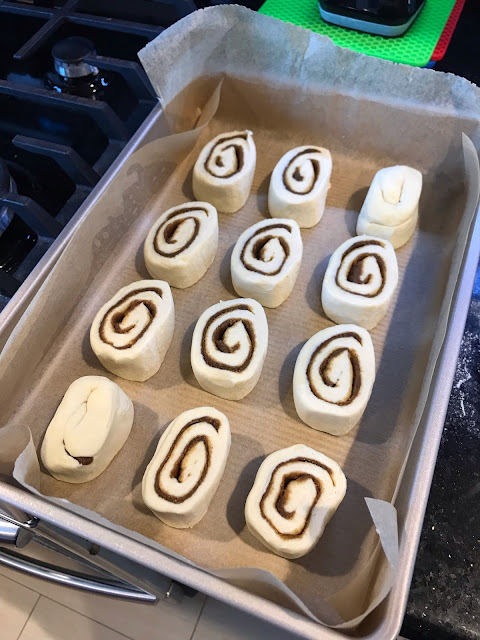 But it does the job.

The initial puff was looking good, no signs of unrolling. This is about 7 minutes in. 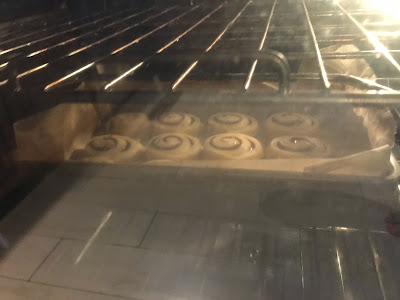 After 20 minutes, the rolls weren't nearly done baking. I don't know why I bother looking at the recipe that says they should be done by now. 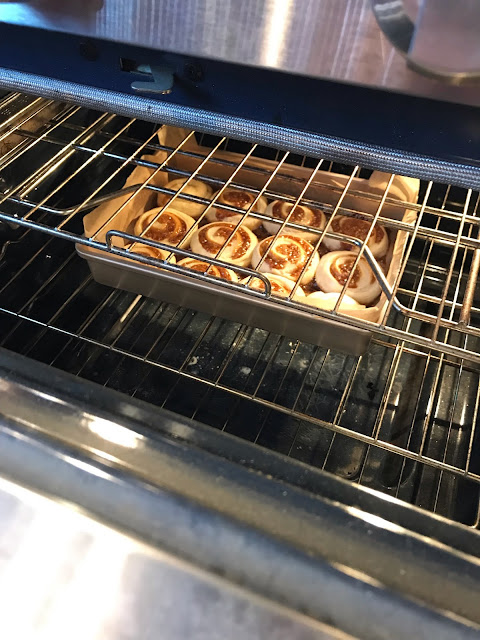 After more like 35 minutes, they were looking nicely cooked on top. A little pale, but I didn't brush them with an egg wash or anything so I wasn't expecting much browning on this side. 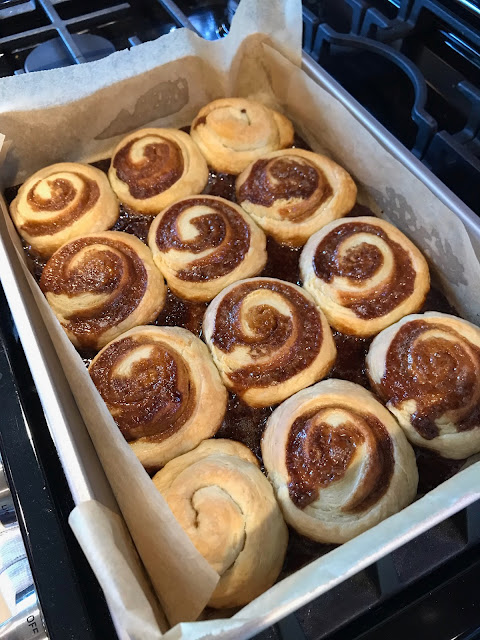 But the other side, though... 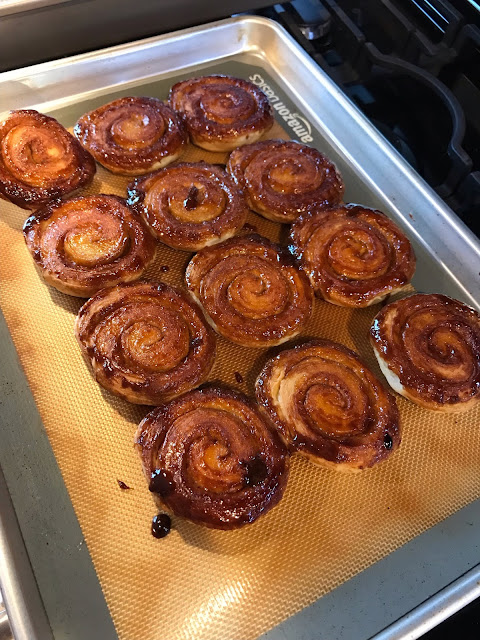 Not to mention the chef's treat left behind on the parchment. 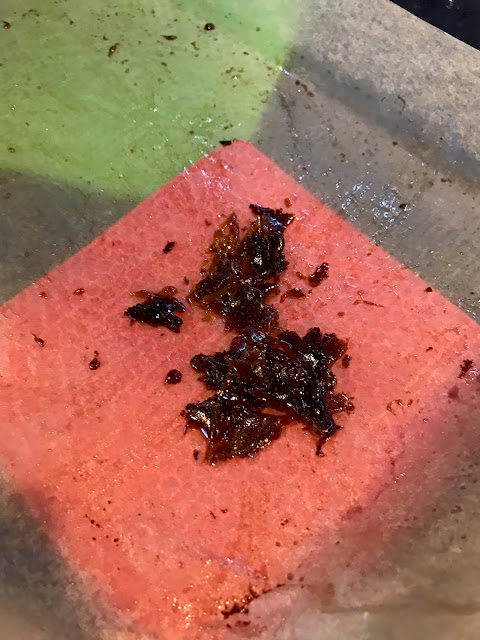 Just a little crunchy and smoky, wouldn't have wanted to bake them any longer than this for sure. 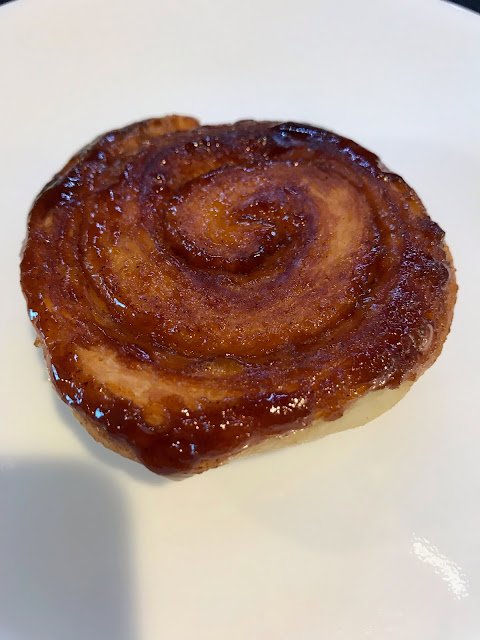 Now there's the money shot. The looks are good, but more importantly are they tasty? 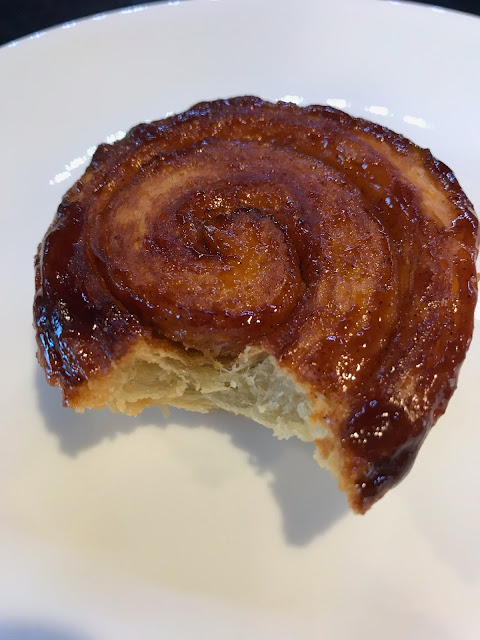 Posted by Nicoya at 2:48 PM No comments:

In my never ending quest to find the perfect combination of side dishes, I decided this week to experiment with oven roasted Brussels sprouts, which despite their name are actually grown in California, nowhere near Brussels. 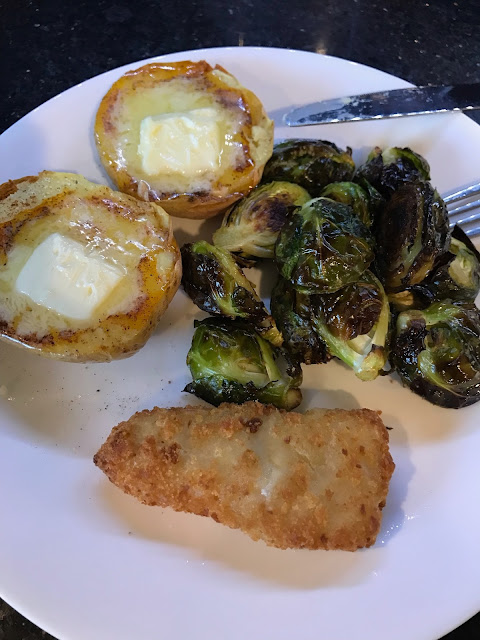 Oiled and salted, then tossed into a 425f sauna for 20 minutes. They came out pretty good.

The potatoes and fish fillet weren't half bad either.

Posted by Nicoya at 1:29 PM No comments:

I Got That Swag

In this case "that swag" is a portaband table for my portaband, made by Swag Offroad. Yeah, that's their real name. 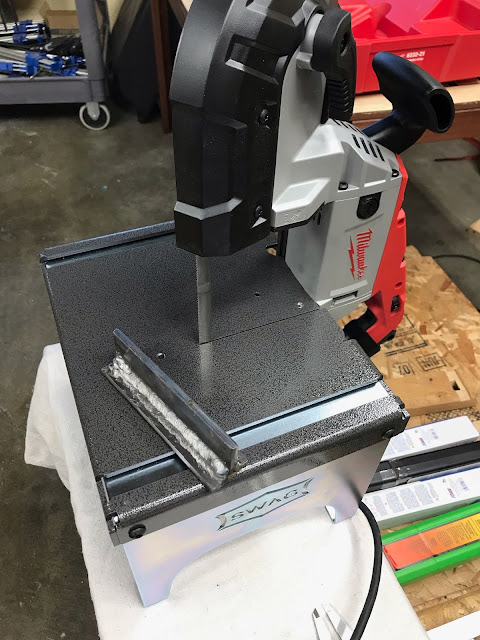 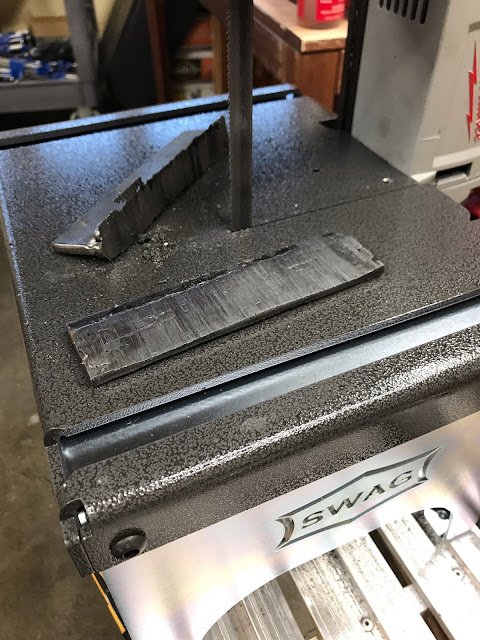 Now it's still a portaband so the cut doesn't exactly go at light speed, but it does do the job in the end and especially for small parts it's nice to not have to use 3-4 hands to hold the saw and the part at the same time. It's also nice that it doesn't take up a ton of space in my car hole.

My one disappointment is that it really needs a second setscrew to properly hold the portaband in place, and in fact comes with a hole drilled and tapped for it, just no second set screw. Thankfully getting one isn't hard to do, but it'd be nice if it came in the box.

I'm glad I got the model with the foot pedal control (you plug the saw into the foot pedal, obviously doesn't work with battery powered saws) since you basically clamp the trigger into the 'on' position when using it in a table like this.

Posted by Nicoya at 8:23 PM No comments: