The Sweet Taste of Defeat

The pile of parts is still a pile of parts, and not yet a functional bike. Ran into a snag when swapping the brake cables when the banjo bolt stripped out the lever way short of the spec torque. Not impressed. On the other hand waiting on the replacement part will give me an excuse to strip down Phoenix Down so I can get the frame replaced.

In other news I trimmed the bamboo this morning. The landlord left a note on my door saying "we've hired a tree crew and they're going to enter your patio" rather than, say, calling me and telling me that they'd like me to trim my bamboo. I guess that's a little bit too much to expect. Hopefully this will ward them off and they won't butcher the bamboo with a hedge trimmer like they did last time.
Posted by Nicoya at 7:23 PM No comments:

A Pile of Parts

The new bike is coming together surprisingly quickly. I did decide to make the leap for disc brakes, and the frame came in on Thursday which actually caught me off guard a little bit. I hadn't been expecting it quite that quickly.

The frame looks magnificent and is of course light enough that I need to weigh it down so it doesn't drift up and bump along the ceiling. The wheels also arrived quite quickly, which was a pleasant surprise as they came all the way from the UK (not for any particular reason other than they somehow had a really good price on them).

The rest of the bits have been trickling in from Amazon, as they wont do. I've got almost everything I need from there but I'm waiting on the front derailleur and the bar tape before I'm at 100% of a bike. They should hopefully come in sometime next week. Hopefully. If push comes to shove I can run without bar tape for a few days but it'd be nice to have everything wrapped up at the same time.

I've been waffling over what to do with the leftover bits from my old bike. At this point I'm only a few parts short of a full bike, and I could either sell it off as such, or buy the few remaining bits and have two bikes? Like I could fit fenders to it and maybe use it as a winter bike. I suppose we'll see how I feel.

Speaking of extra parts, I did manage to accidentally order more parts than I need. I had bought a pair of lockrings for the disc brakes without realizing that the wheels came with a set, and likewise I ended up with an extra set of caliper spacers. Not a big deal, I'd rather have extra than none at all.
Posted by Nicoya at 2:01 PM No comments:

I've set aside the idea of getting the Colnago for now as I have some concerns about durability and warranty service on it, and instead turned my sights to a Specialized Tarmac frame, like thus: 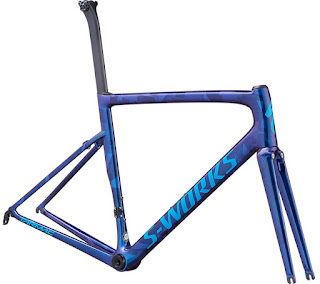 It's a top quality, reliable carbon frame, and now all I need to do is find one in my size... which is proving difficult. I'd like to get the rim brake version so I can reuse more of my existing parts, but if push came to shove I might have to switch to disc which would mean new wheels, and some other bits will get more expensive.

On the Cannondale front, it looks like Sports Basement will be able to take care of my warranty claim so I'll be able to recycle that frame into a new one, which I plan to sell, along with some other bits that won't carry over, on to help recoup some costs.

In the mean time it's starting to look like I might have to ride out the rest of the commuting season on my XC bike. Not the worst fate and at least I'm still getting exercise, but all the same it's not quite what I was hoping for.
Posted by Nicoya at 7:02 PM No comments:

Phoenix Down is Down

Looks like my ENERGY LEGS have claimed another victim, and this time it's the frame of my road bike, or at least a weld between the chainstay and the rear dropout. 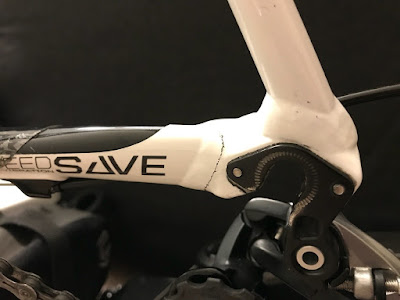 Sadness and woe. I'm pretty sure I can get a replacement from Cannondale but I'm thinking of maybe going a bit more upmarket and getting this fancy-pants Colnago C64 frame: 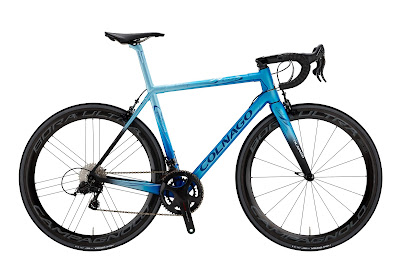 I'll be transferring most of the parts from Phoenix Down over (should I go this route) and probably upgrading one or two bits that I've been overdue on refreshing. It's a little spendy but nothing out of my reach; assuming I can get a replacement frame from Cannondale I'll sell that off to help offset the cost, but it's not a big deal either way.

It's a good thing I have more than one bike, there's still a good 2 months of bicycle commuting left before the time change.
Posted by Nicoya at 10:15 PM No comments:

It's a good thing this weekend had 3 days, because I somehow managed to fill all three of them.

Starting off with Saturday, the main job of the day was modifying my triangle bag on BlackBirb, my mountain bike. The velcro-and-elastic holding it on was doing an ok job, but it was showing signs of not really being the most secure long term solution; the tension from the elastic was pulling the velcro off itself. Rather than going to any huge lengths to re-engineer this I decided to just add some hook-and-eye fasteners to the velcro, and the result was quite satisfactory.

Fast forward to Sunday and the main event, a ride from Lexington Reservoir to El Sombroso. I initially planned to go down Woods Trail as far as Hicks Road, but I was being swarmed with tiny flies that kept buzzing an inch from my sunglasses (not biting or anything, just buzzing away in front of me), and by the time I was at El Sombroso I felt like I had done enough to call it a good ride.

Sunday was bike wash day, as the trails around here are hella dusty, so much so that the dust actually scrubbed away all the lube from the chain on BlackBirb by the time I was 3/4 through the ride. But I washed both it and Phoenix Down while I was at it, and gave them both a once-over with the lube.

The hours in between were filled with the usual minor weekend tasks and chores that don't bear mentioning. Doing laundry, taking out the trash, doing my nails and so on. Cleared out a bit of a backlog too, so I should be able to get started on something new next weekend (though I've been saying that for a few weekends now, at some point it'll actually come to pass I'm sure).
Posted by Nicoya at 10:13 PM No comments: