Filling out the bench 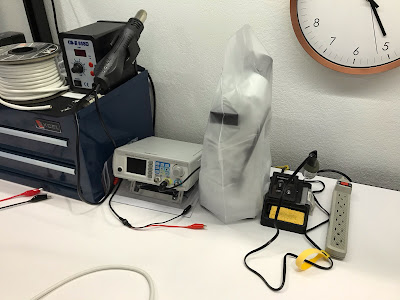 The soldering station on the right has been around forever, it's not very interesting (though it is very useful). But on the subject of soldering...

First up is the hot air rework gun. 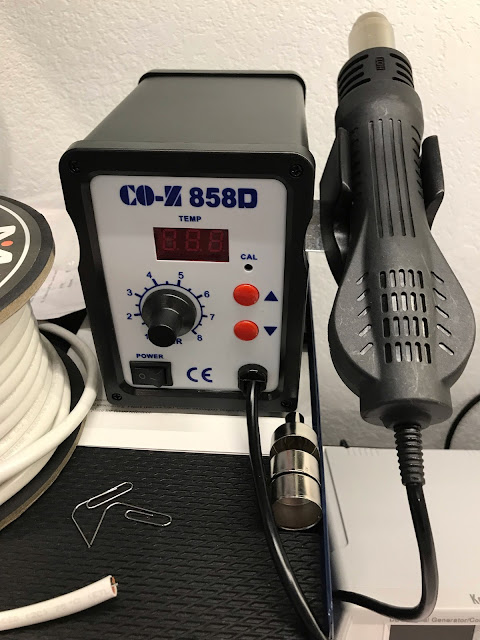 This magic wand spits out a stream of hot air at a carefully controlled temperature anywhere between 100c and some ungodly hot surface-of-the-sun temperature, and is used to reflow solder in surface mount applications. You can either use it for the initial soldering work, or for removing and replacing components later on down the line.

Next up is the signal generator 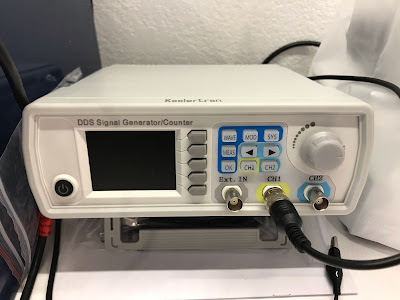 This one is amusing because it's just an FPGA, a microcontroller, and a little bit of supporting circuitry. The case is literally 99% empty inside, but it's still made to look like it has the proportions of older style analog test equipment.

The latest addition to the bench, and perhaps the most fun one, is the binocular microscope. 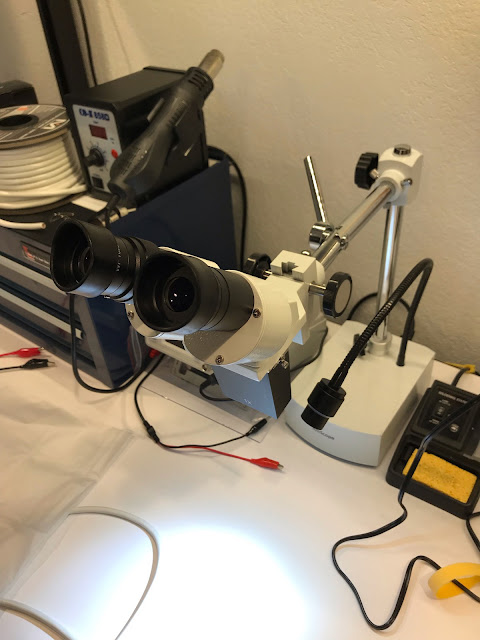 Electronics used to be relatively human-scaled, but these days the components are dwarfed by grains of rice, and trying to identify them, position them, inspect them etc requires some magnification. This one does 10x or 20x, and I'll likely never need the latter (or at least only rarely).

Here's a 10x view of the circuit board for my LED light fixture, which originally made an appearance a few posts ago. 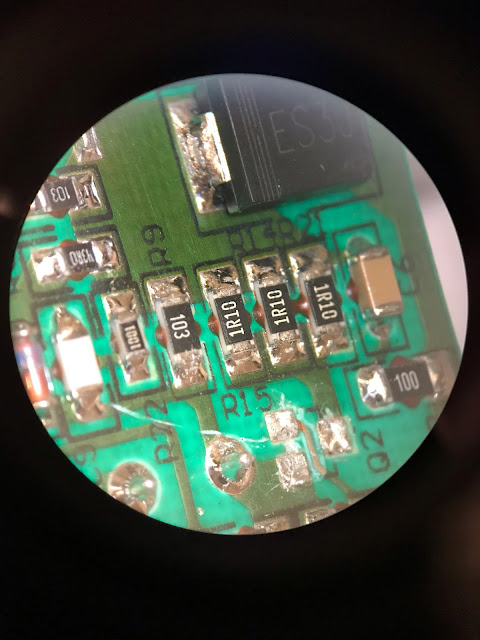 A bright, sharp image, just as it should be.

The working distance is nice too, lots of room under the lens to get in there with various tools. 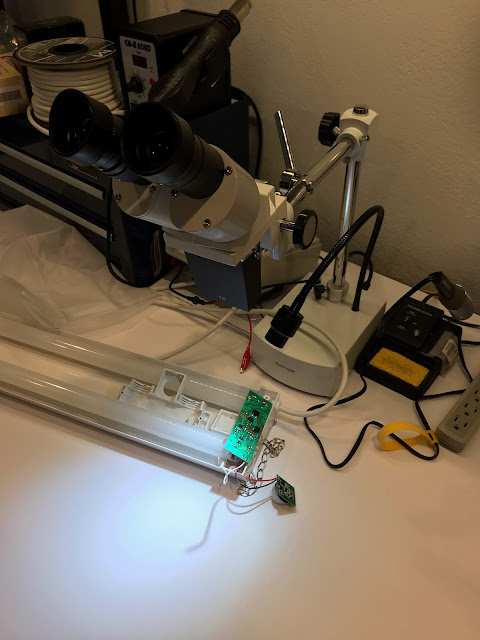 Now one minor issue is the power cord it came with. Despite shipping directly from an Amazon warehouse in California, to a California address, it for some reason came with a european style power cord. 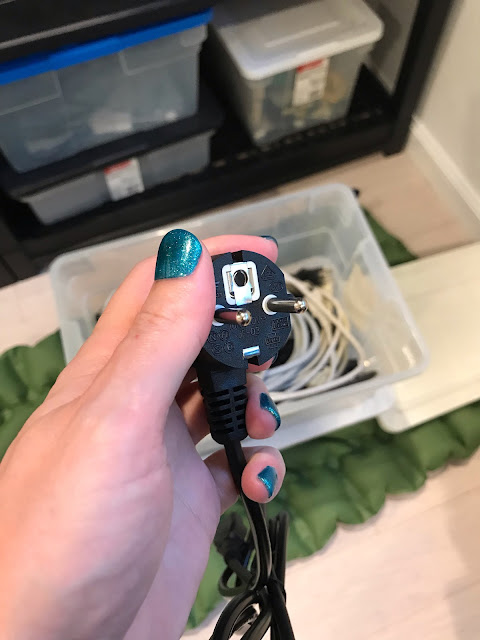 Bin of surplus IEC power cables that I'll never throw out: this is your time to shine. 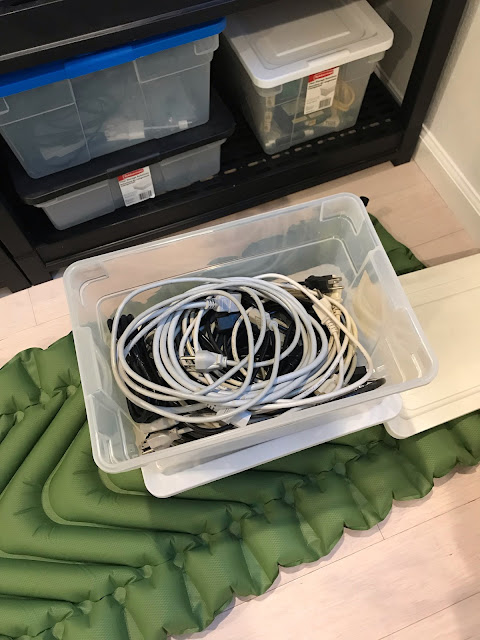