Another garden update, because why not.

First up, the fuchsia is doing well and spitting out some flowers. 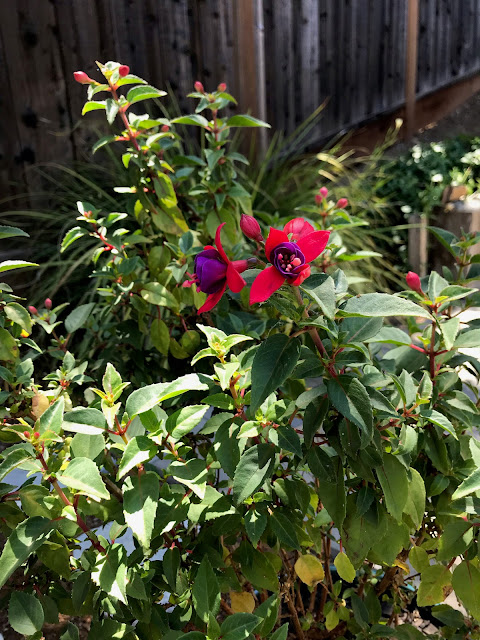 So repotting it didn't kill it, I guess. That's nice.

The irises and roses are doing their thing. 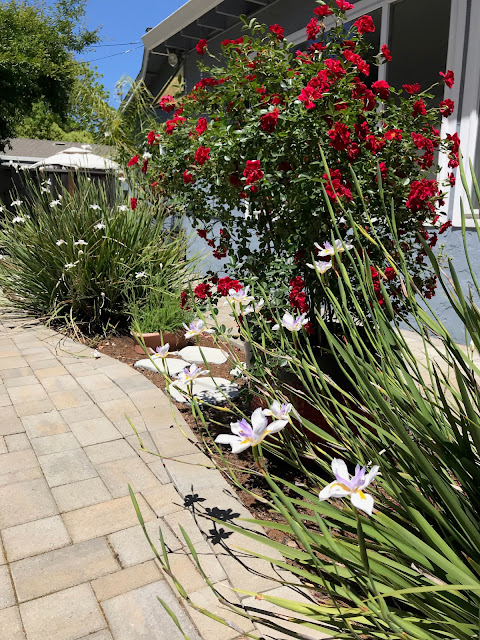 I haven't needed to fertilize the rose in a hot minute, so that's nice.

The yarrow is yarrowing along. 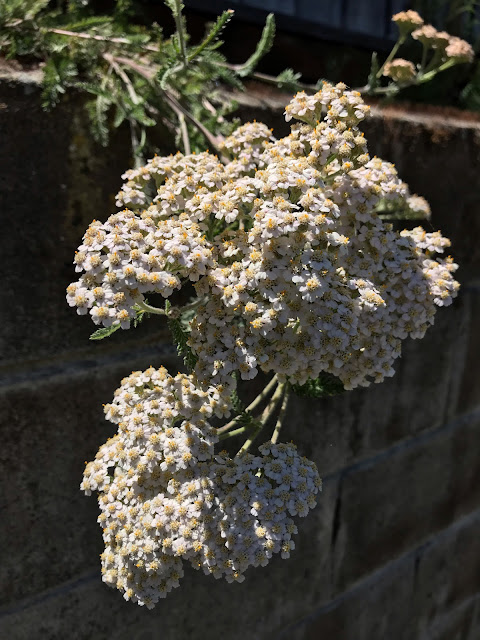 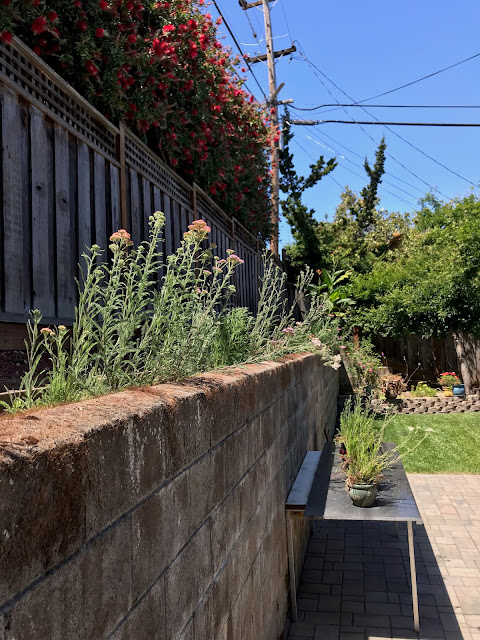 It's still got a little ways to go before it's fully filled in along the retaining wall. If I get bored at some point I can take some of the potted ones and dump them in the ground, which I might do as they're probably root bound by now.

The echeveria is sending out its weird alien flower tentacles again. 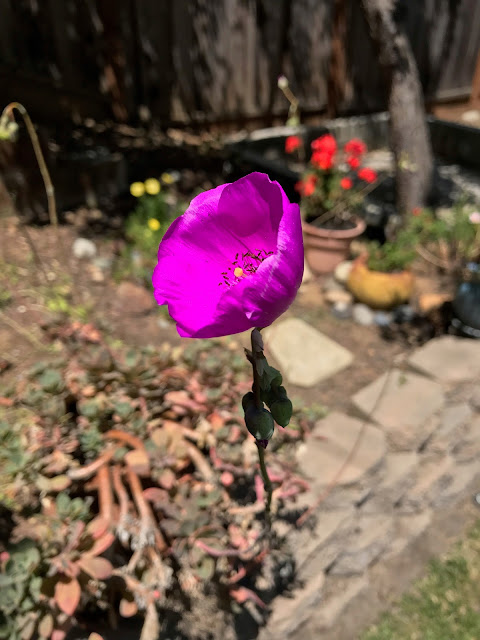 The blue potato bush is somewhat less dead than normal. 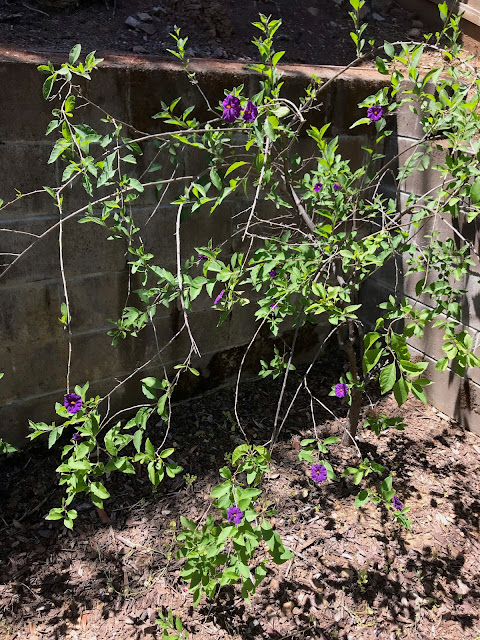 Still pretty ugly though. I'm going to give it a hard pruning this fall to see if that makes it less ugly, or kills it. Either outcome will be fine.

The daikon has gone to seed, but has shown little signs of growing a respectable taproot. I'm going to call this one a bit of a failure. 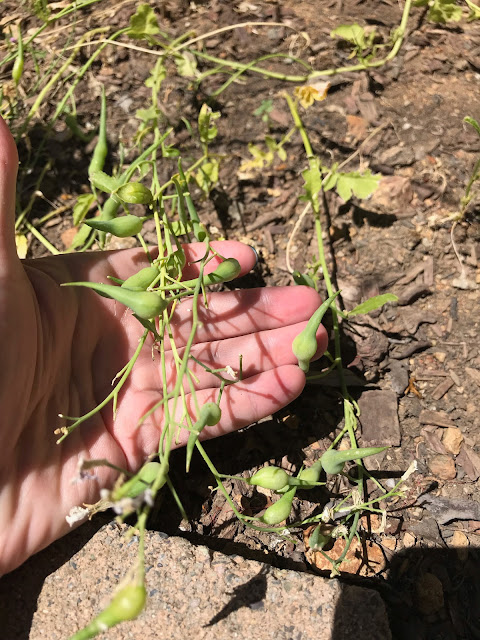 It really hasn't thrived in this location. I think it needs more sun.

The mysterious elderberry has appeared again. I'm not sure if it'll stay and bloom, or if it'll vanish again. 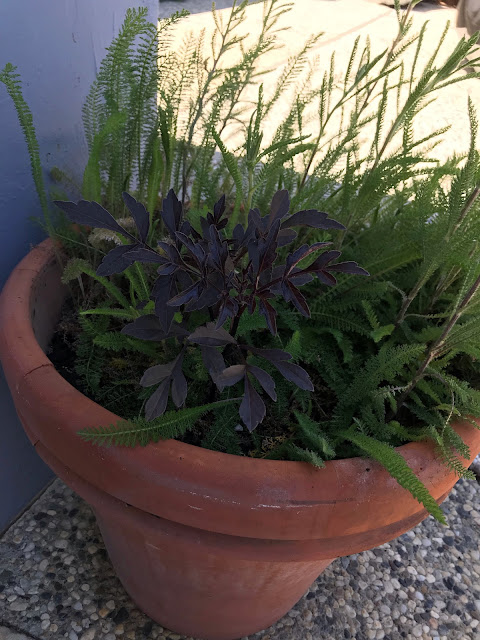 Either outcome would be fine. It does look a bit weird growing next to the yarrow that I planted because I assumed there was nothing alive left in this pot. (I have since learned to sift the soil in a pot before reusing it)

The yellow iris in the back has finally sent out flower shoots again. For a few years it didn't have any, but they're back now. 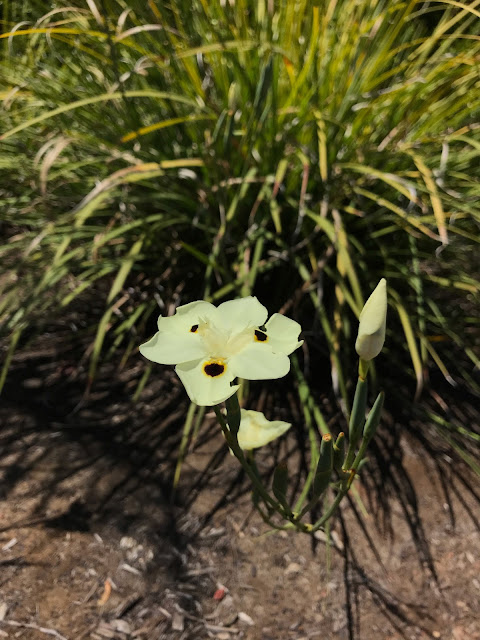 This is actually the yellow iris in the front. The flowers on the one in the back aren't open yet, so just picture this, but 40 feet away.

Speaking of the front yard, the salvia is going bonkers. Like the baby sage, it seems to respond really well to hard pruning. 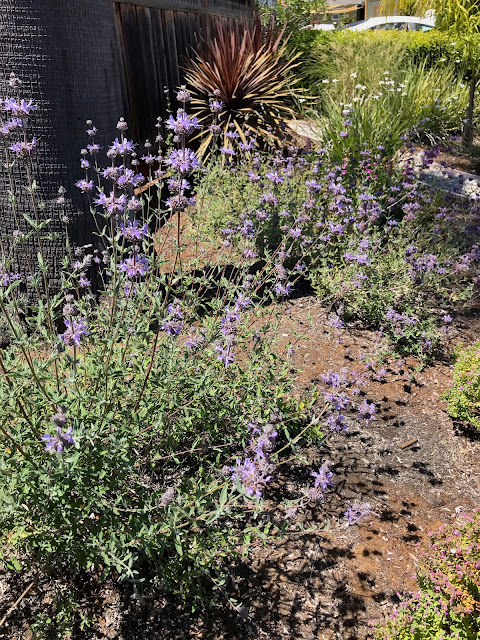 Awkwardly, it's kind of growing over top of the blueberry I planted.

That blueberry is, itself, doing well though. I expect it'll take a year or two to get properly established though. 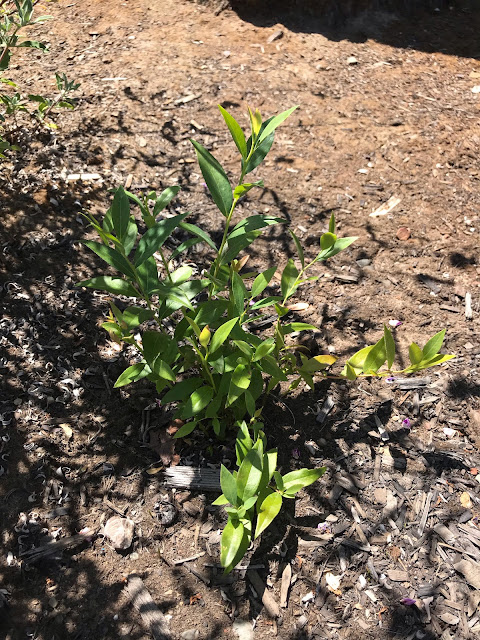 Curiously I expected it to give me the most trouble out of all the new plantings I did this spring, but so far it's really taken well to living in my yard. I look forward to the birds stealing all the half-ripe blueberries before I get a chance to eat them.

And last but not least, the rosemary is looking lovely. 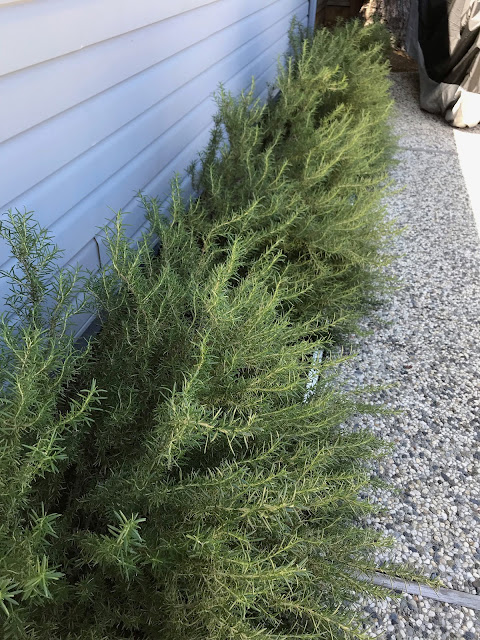 I mean it doesn't really do much except be green and smell nice.

On a related note, the garden organic fertilization project is making progress this week. 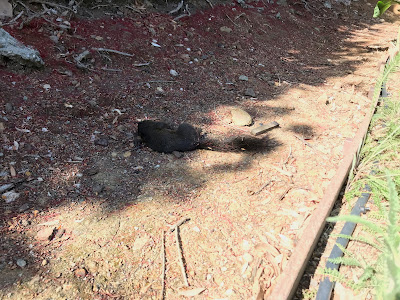 It's nice to have one less thing chewing holes in my fence.