Plant update time. The Lithodora is... 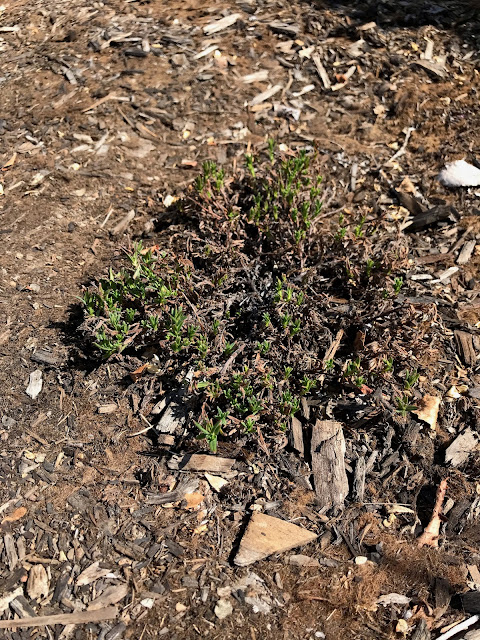 Technically not yet dead, I guess. I think I might have planted it a bit late and it didn't manage to get established before the dry season hit. I've been giving it some deep soaks this week to see if it perks up a bit.

The Mexican Heather has come back from its transplant stress ok. 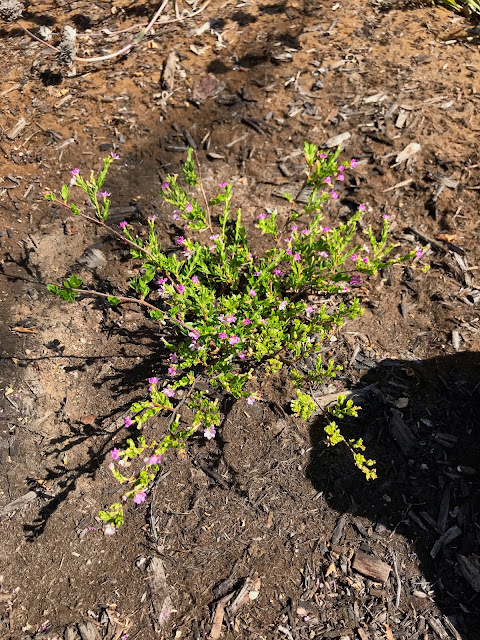 It dropped all its leaves and replaced them with much smaller ones, and is back to spitting out tiny purple flowers. I'm guessing I'll see some good growth out of it this coming winter.

The Fuchsia is angry at the world again. 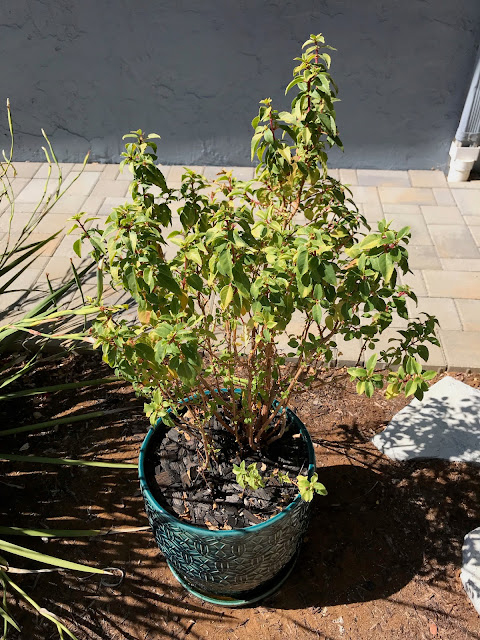 It's hard to figure out what's going on with it because the symptoms for underwatering and overwatering are basically identical. The good news is that it's been through this before and bounced back just fine, so I guess we'll just have to see. I might let it dry out for a week and see what that does.

The baby sage is going all spindly and leafbare again. 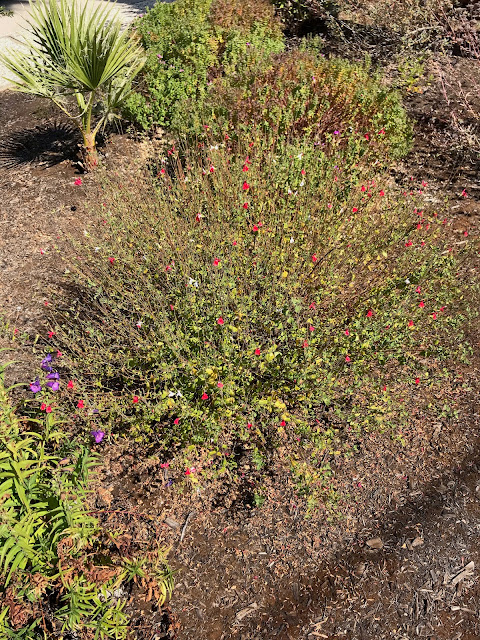 But I fully expect that after I prune it back hard this fall it'll come back better than ever again, just like the last time.

The pink lemonade blueberry is looking surprisingly healthy given it's supposedly intolerant to alkaline soil. It's not growing a ton but is, nonetheless, growing. 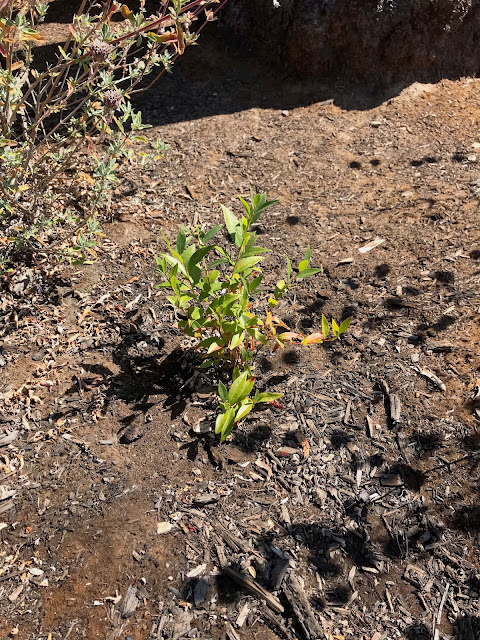 It started out pretty smol though so it'll take a year or two before it starts to really shoot up. That should give me enough time to amend the soil with some compost and some more iron sulphate to drop the pH.

The yellow iris in the back has recovered from not putting out any flowers, and is now putting out flowers regularly. 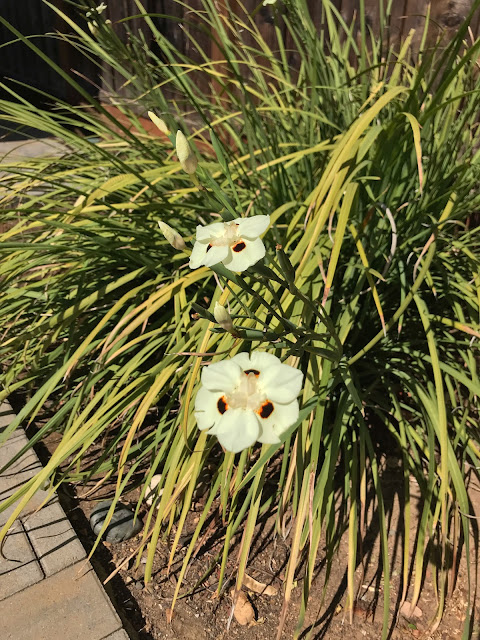 The foliage isn't as green as I'd like but I guess it's happy.

Finally, I seem to have a morning glory popping up in the vegetable patch. 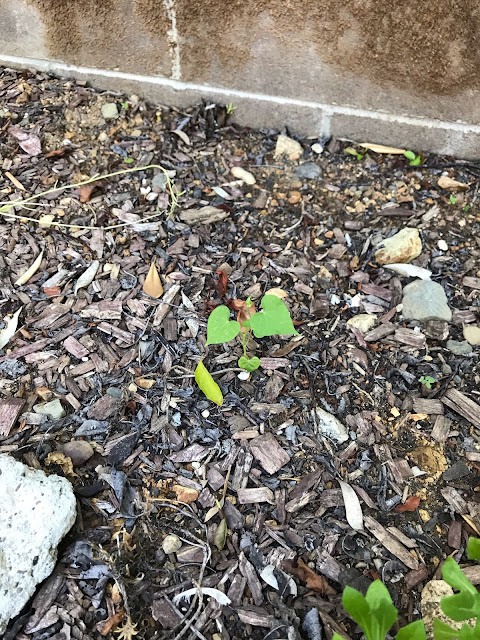 There was a pot in this location previously with a plant that died, which I never bothered to identify. I suspect that this might be sprouting from a remnant of its roots that got out the bottom of the pot.