It wouldn't be a proper send-off to the year without a nice long XC ride, and so it was that I saddled up on Blackbirb to climb Kennedy.

Thankfully I dressed warmer than I did on last year's ride, so I was quite comfortable for the whole time. I mean, other than huffing and wheezing and screaming in agony from the effort of the climb. 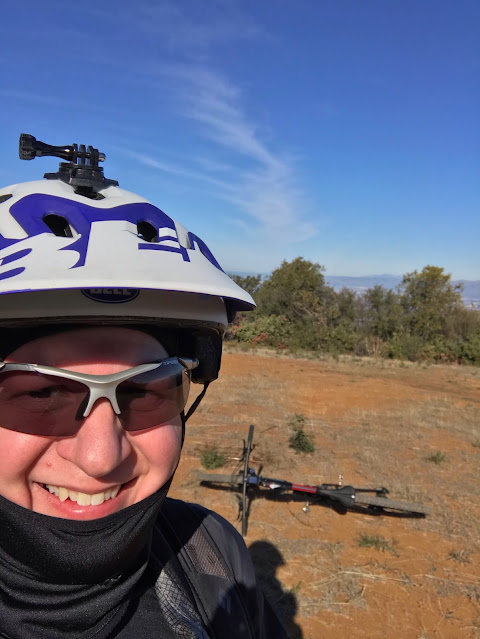 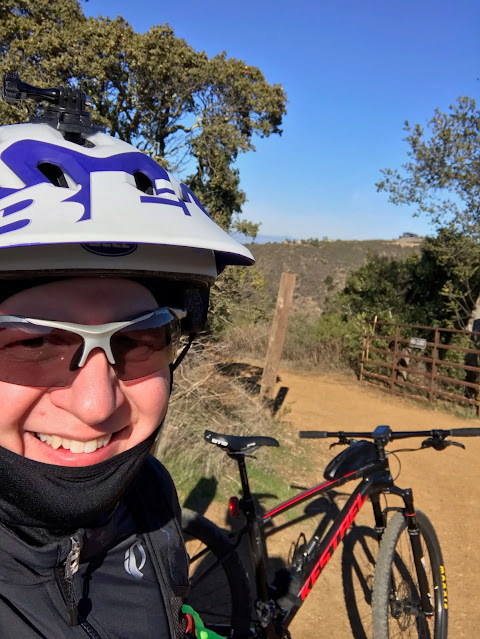 Not entirely sure how I kept a smile on my face like that.

The steepest parts of Kennedy and Priest Rock still elude me. I'm not alone in that, however, as I managed to catch up to another cyclist on Kennedy while they were in the process of pushing their bike up one of the steep bits. Later on Priest Rock I was passed by a pair of cyclists who were trying to do the "dogmeat challenge", which is to climb the upper part of Priest Rock without putting a foot down. About 5 minutes later, still well within sight, I saw one of them fall over and tumble back down the hill a little ways (he was fine). I think that counts as failing the challenge.