Chip Away At The Stone

So on Sunday I decided that I really should do something with the concrete bags that have been laying around my car hole for the past year and a half. They were left over from when Tyler poured his motorcycle pad (which he never once used to park his motorcycle after discovering that parking it in his car hole was far preferable), and I took them off his hands in order to fill the cracks in my slab. 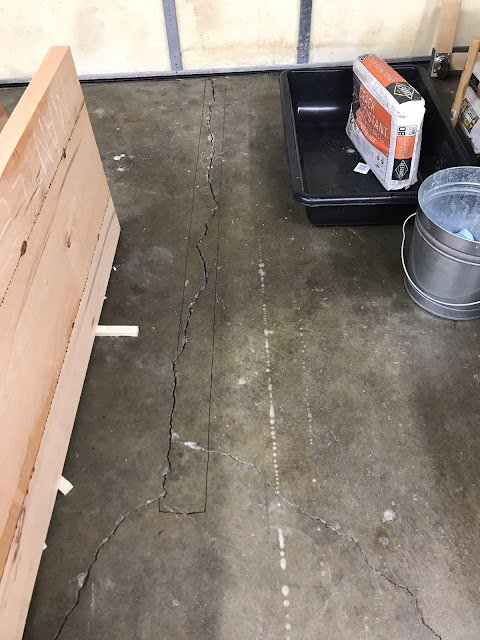 First step is to draw out a nice straight rectangle encompassing the crack, and the second step is to start chipping out the concrete so as to make a space to pour the new stuff. 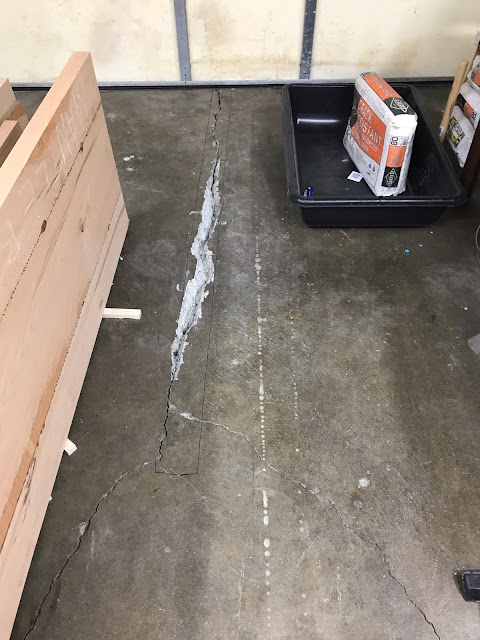 Ok, so, my rotary hammer is pretty beefy, but apparently a little underpowered. Also I was finding it difficult to get a nice clean, straight edge, so I took a little trip down to the Home Despot to get myself an angle grinder and a nice diamond death wheel. 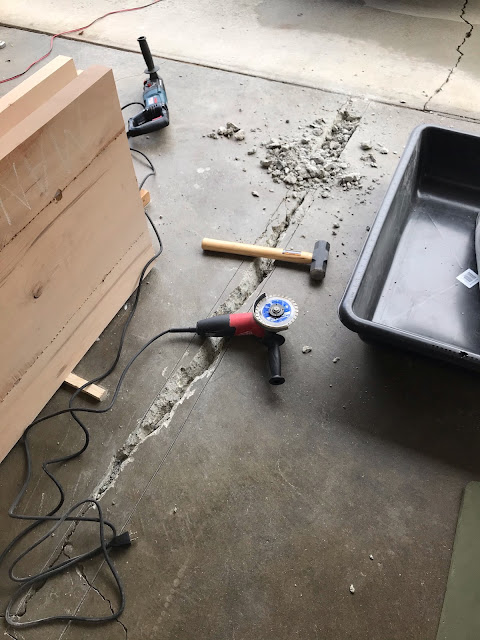 That's much better. Although very, very dusty. Oddly I was actually expecting more dust than it ended up generating, so I suppose that's nice. The remaining dust was taken care of by using my leaf blower to blow it out the door and onto my neighbour's cars.

Still, progress was not especially rapid, and I was certainly glad to be doing this in the middle of winter given how much I was sweating. 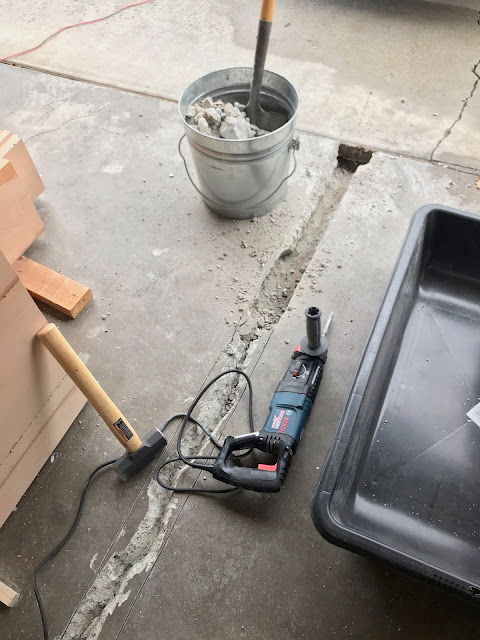 But before too long the entire 7 foot by 4 inch slot had been dug out. Including a little bit of extra chip-out near the door. Oops. It's a good thing I'll be filling it in with concrete. 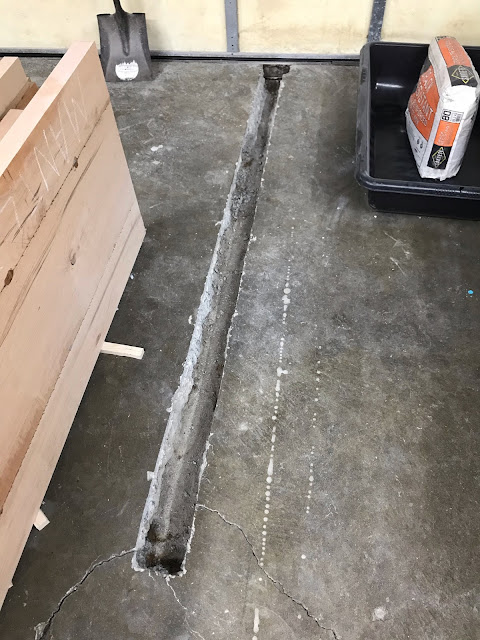 I mixed up two bags, shovelled it in, screeded it off, waited for the bleed water to dry, troweled the surface nice and smooth... 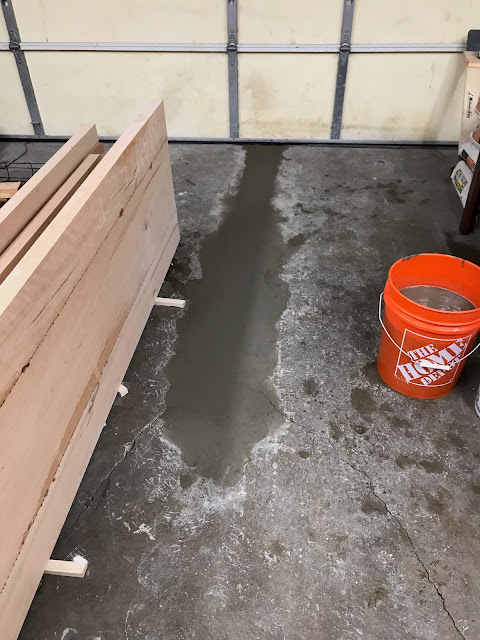 Nice. I ended up with about half a bucket worth of leftover concrete, so in future I'll probably do 9 feet of trench for 2 bags, since I still have some cracks to fill.

I also filled the inspection hole over near the wall, which gets drilled in the slab after it's poured so that the building inspector can verify that there's the bare minimum of 4 inches of concrete poured. No rebar, no mesh, just the cheapest slab they could squeak by with. 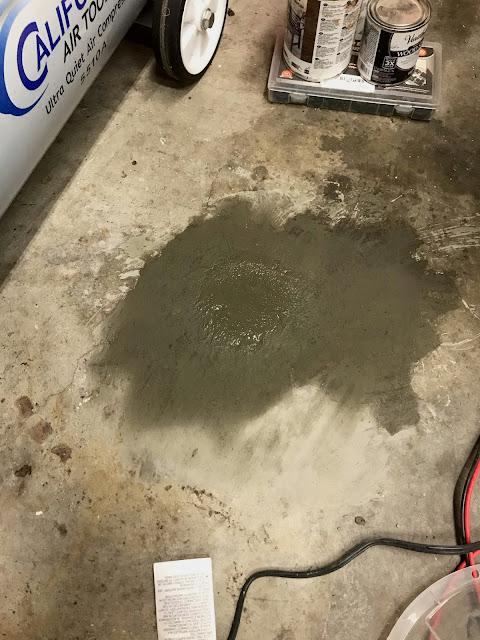 You'll find one of these holes in almost any car hole if you look hard enough and it hasn't already been filled by some homeowner down the line. I didn't go quite as crazy smoothing this one off, since it was a small patch and kind of out-of-the-way.

Anyway, I covered the patches in plastic to control the shrinkage while it cured. 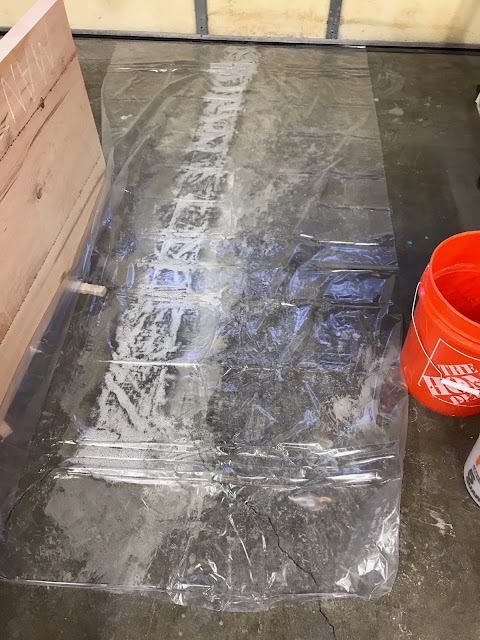 And a week-ish later it's not looking half bad. 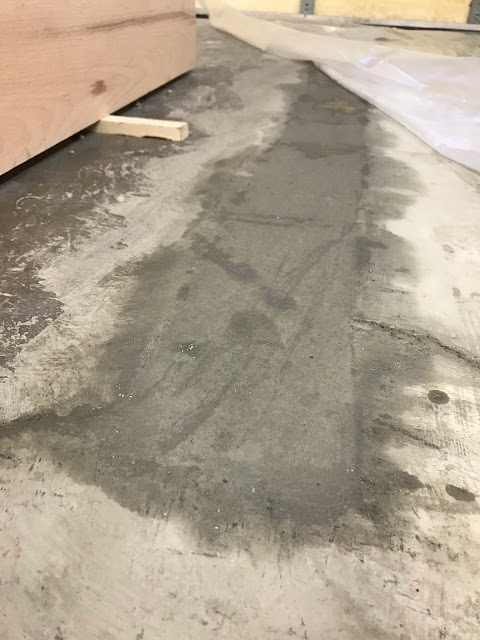 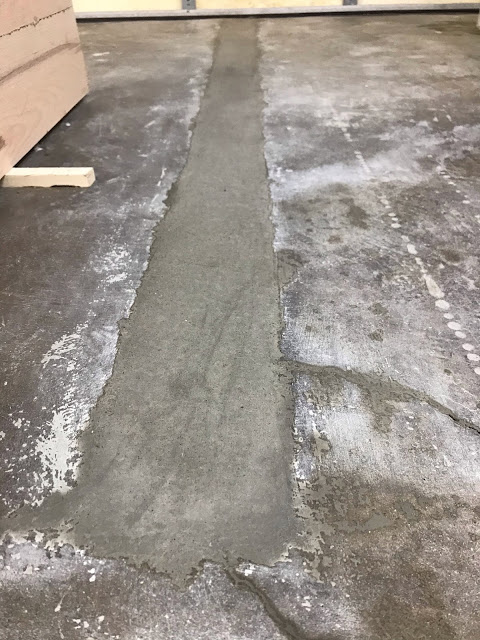 I think the concrete still has a bit of curing left to do so I sprayed it down again and wrapped it back up in plastic. I can't really do another crack this weekend because my trash can is filled well past capacity with broken concrete already, so next weekend is the earliest I might consider that.

Speaking of broken concrete, I learned that it is, indeed, quite abrasive. 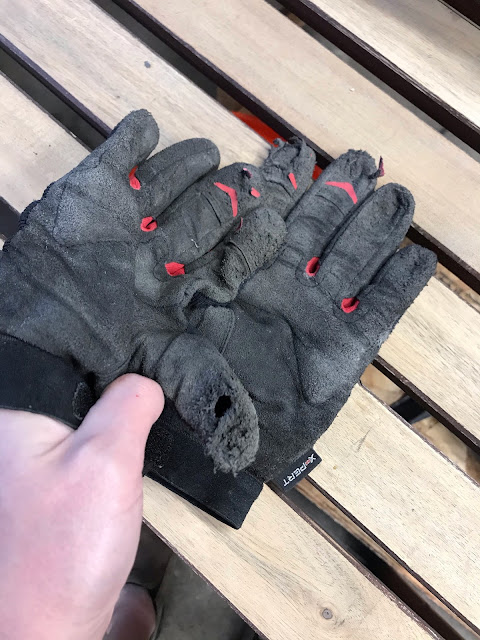 I'm glad that wear and tear was on the gloves, and not on my hands. I picked up some cheap rubber-dipped gloves for future concrete work, and also for work around the yard, and then bought a nice new pair of mechanic's gloves to replace these.

Finally, I would be remiss if I didn't share a picture of the world's most inconvenient step stool that I have now become the proud owner of. 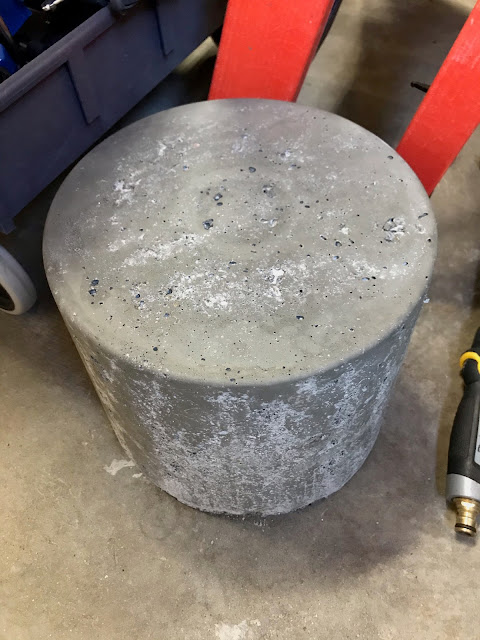 I expect this will make its way into the trash bin at some point too.