Last night as I was playing some video games and enjoying the evening I was interrupted by a rather unwelcome gnawing sound coming from my crawl space just beside where I was sitting. Somehow rats had gotten in there again.

As a short term solution I took a nice big leap and slammed my feet down on the floor just above where I heard the sound coming from, which managed to scare the crap out of the rats and kept them quiet for the night at least. But I would need to look into a longer term solution come morning.

So morning came, as it always does, and I took a survey around the crawl space vents. Oddly, they all seemed to be in good shape. Then I remembered that a few months ago while I was doing some work out in front of the house one evening, I'd seen a rat scurry under the vinyl siding that was installed by a previous owner over the stucco and wood on that wall, for some reason.

At the time I had assumed that the rat was just squeezing into the gap between the siding and the stucco as a way to escape me, but the more I thought about it, the more I found it odd that there was no crawl space vents on that entire wall. 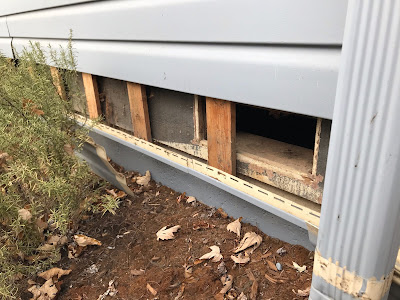 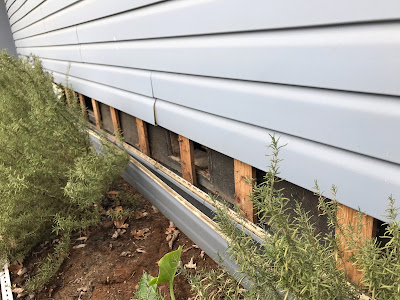 So there actually are 5 vents across the front of my house, which were mostly covered up by the vinyl siding. Two of them still had the mesh in place, two of them had only the frame of the mesh left, and the last one didn't even have the frame. 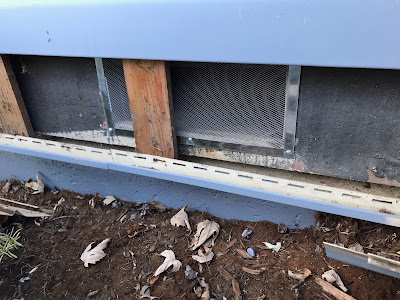 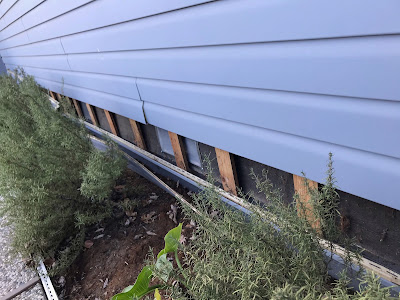 So I zipped the bottom row of vinyl siding back in and now I shouldn't have any more rat problems in the crawl space. I hope. There may be a few rats still down there right now, but they can enjoy making the choice between starving to death or eating the rat poison I left down there.