It was time, once again, for ridding the palm tree of its dead fronds, and more importantly, its flower stalks full of seeds that would soon be dropping and sprouting a billion new palms. 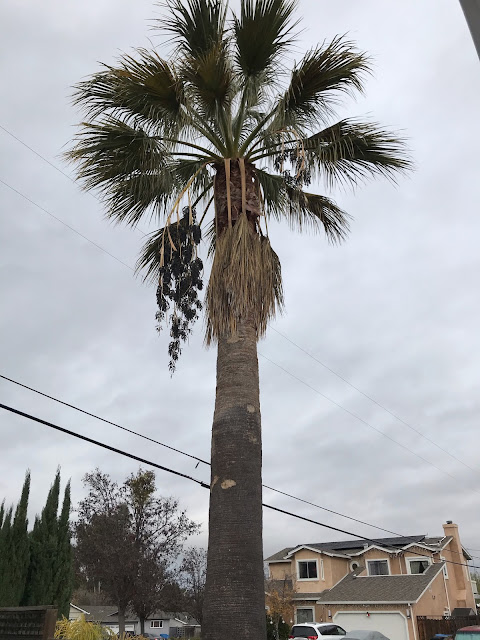 I initially tried reaching the fronds with my pole pruner from the top of my step ladder, but I ended up about a foot too short at the end of my reach, so instead I called in the professionals again. 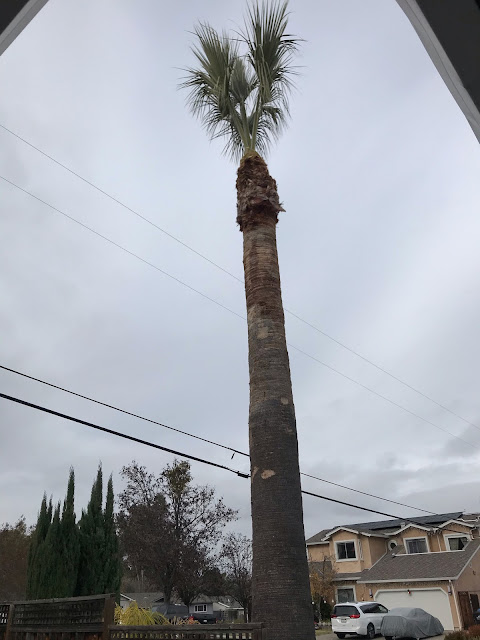 It always looks a little bit goofy right after a trim, but it grows back in soon enough.