Generator finally came in, and I got it assembled and filled with oil without any difficulties. I opted for an open frame generator since they're a bit cheaper and lighter for an equivalent power output at the cost of being a bit more noisy than one with more bodywork and sound absorbing panels. Even though this one is advertised as being relatively quiet, it sounded about as loud as I'd expect a generator to sound, but since I'll be using it primarily for emergency power here at home and not being That Guy at a campground the noise isn't really a big problem for me. 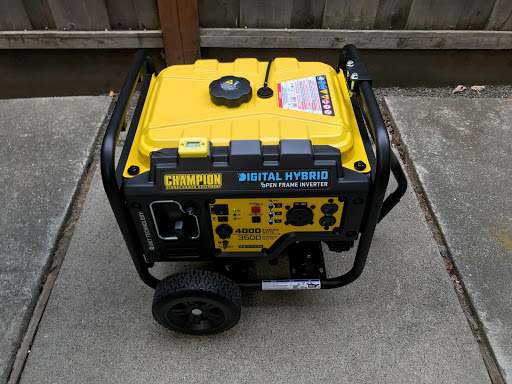 The open frame generators also don't come with wheels as standard, so I added the wheel-and-handle kit, and I also opted for the make-things-cozier-for-rats-to-hide-in generator cover so I could store it outside and keep the weather off it. 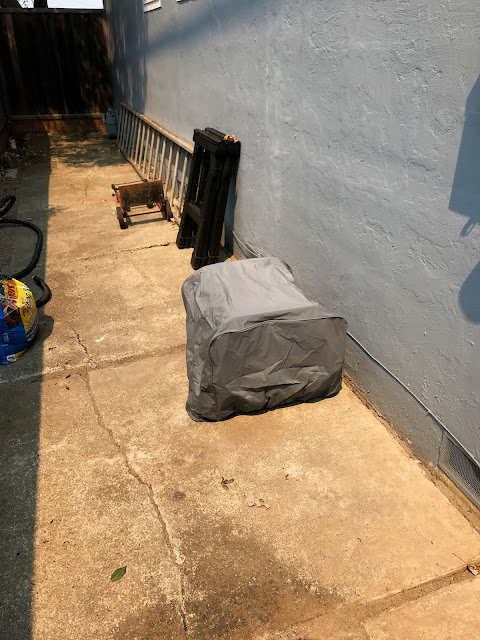 I also ordered a 10/3 30a extension cord that plugs into the RV socket on the generator, but I waited until it arrived before putting in that order to make sure I got the matching plug. In my case, that meant getting an L5-30P cord and an L5-30R-to-TT-30P adapter. Then I tossed on some of the usual suspect 5-30 12/3 extension cords so I could actually distribute the power throughout my house and not just a few feet from the inside of my garage door.

Eventually I'd like to build a small generator shed at the side of my house to put this generator in, and install a transfer switch to power a few circuits in the house directly, but space around my panel is a bit cramped so I'm going to wait until at least after (or simultaneously with) getting my HVAC upgraded so that I can shuffle things around to make room more easily.

Of course, that also depends on how frequently I need to use it. If I only need it once or twice a year I might not honestly bother with that, but on the other hand if I start needing it more like once a month I'll start looking into installing an actual whole-home backup generator in roughly this same space here. Time will tell.