Looking at it from a different angle

So I've gone through a few iterations of mounting my Garmin to Crimson Ghost. The standard method of mounting that Garmin provides is a little plastic doohickey that straps to the bars or the stem with some rubber o-rings. This works well enough, but it's not an entirely positive retention method, and on other bikes I would often find myself messing with the unit to get/keep it OCD-aligned.

Crimson Ghost added another confounding element to the puzzle: the stem is too short to fit the doohickey onto, and I didn't fancy the idea of strapping it to the bars off-center.

Thus, I embarked on the adventure of finding a better mount. K-Edge manufactures a variety of mounts, and I had good luck with an out-front mount on The Red Devil / Phoenix Down / Dirty Dozen, my CAAD road bike, but I felt like using the out-front mount on a mountain bike wouldn't be the best idea: if I went over the bars, the computer sticking out the front would likely get fucking beefed when the bike hit the ground.

Granted, going over the bars has other negative consequences, but I'm not really keen on the idea of adding more potential damage to that equation.

So the first attempt was with a rigid over-the-stem adapter that basically functioned as an extra headset spacer. This worked ok, but due to the fact that it was flat, it interfered with the top of the stem and meant I had to run a bunch of spacers between the mount and the stem, thus lowering the bar height. This wasn't the end of the world, but neither was it elegant.

So, I swapped the rigid adapter over to BlackBirb, and got a mount with an adjustable angle. 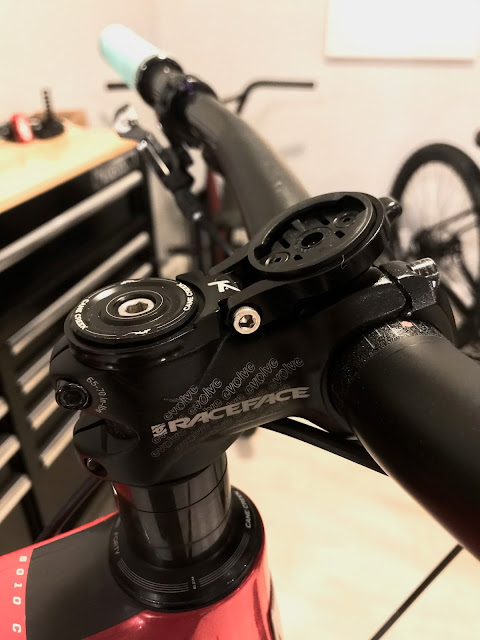 This was a much more elegant solution from a purely mechanical point of view, but it also introduced a new issue: the Garmin screen was now pointing more towards my groin than my face. 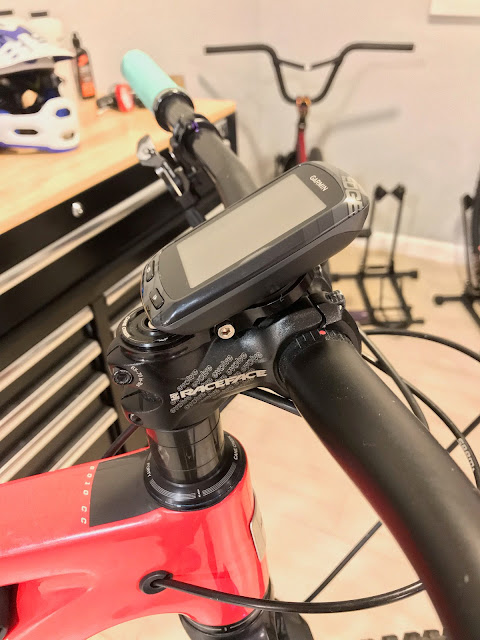 Ok, maybe the angle wasn't all that extreme, but it still made the display much harder to read than it needed to be.

So, let's see if third time is lucky, this time with a top cap mount. 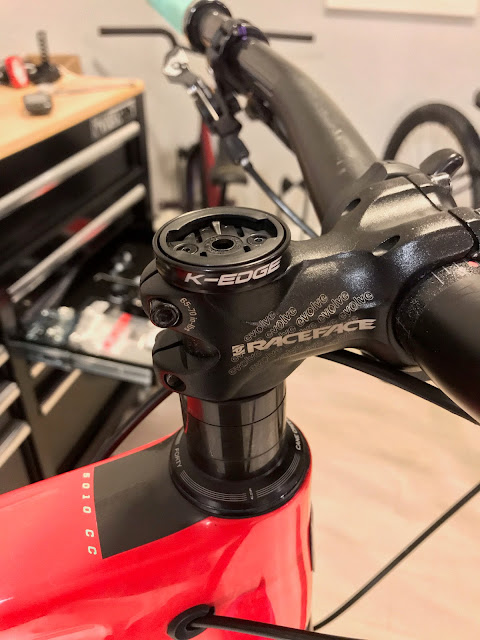 Still elegant, and a bit more compact, and most importantly the screen is at a more agreeable angle once more. 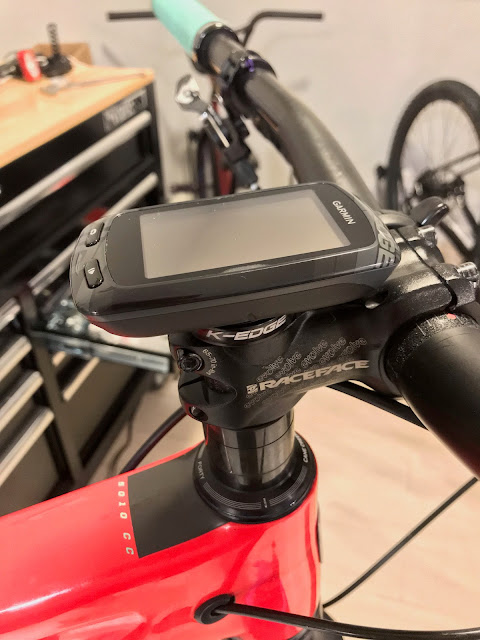 However, the unit now overhangs the back of the stem, which makes me slightly concerned that it might at some point come in violent contact with my knee.

I suppose I'll just have to see how things go.