The daikon are finally putting out some adult leaves after milking their embryonic leaves for a surprisingly long time. 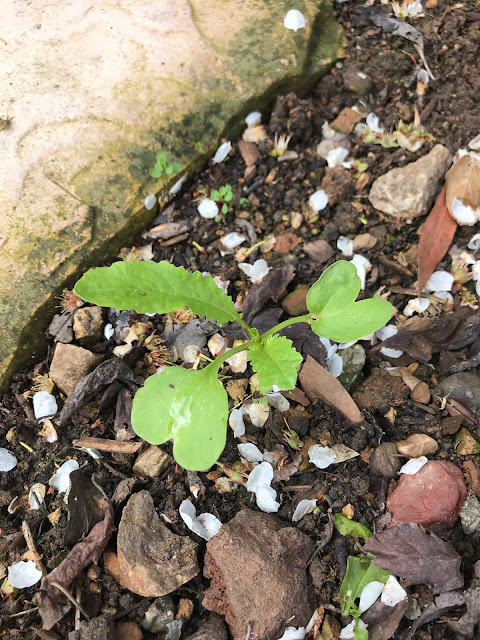 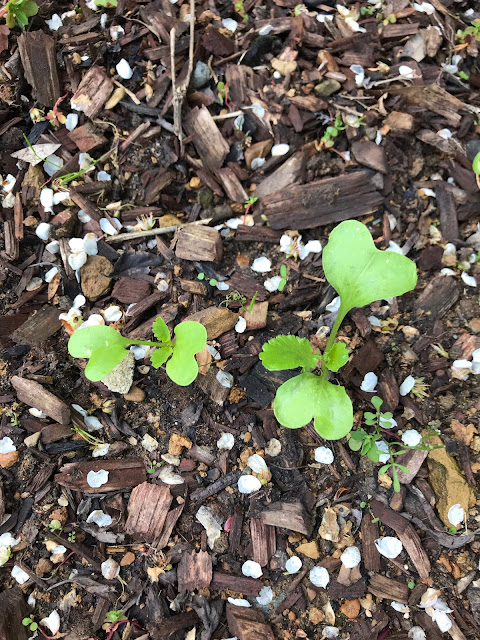 It's always encouraging to see things coming along nicely like this.

Depending on how things go with this vegetable experiment, I might put in some raised beds in the large mulch area in the back yard, since it gets a lot more sun than this patch of dirt and currently doesn't have much of anything in it. Either way growing vegetables in this patch won't be a long term thing, as I'm eventually planning to plant a tree in there to replace the plum (which is in an awkward spot) and the really ugly half-dead shrub that occasionally has leaves and purple flowers on it.

In other news, the Yarrow is doing well in its second season. 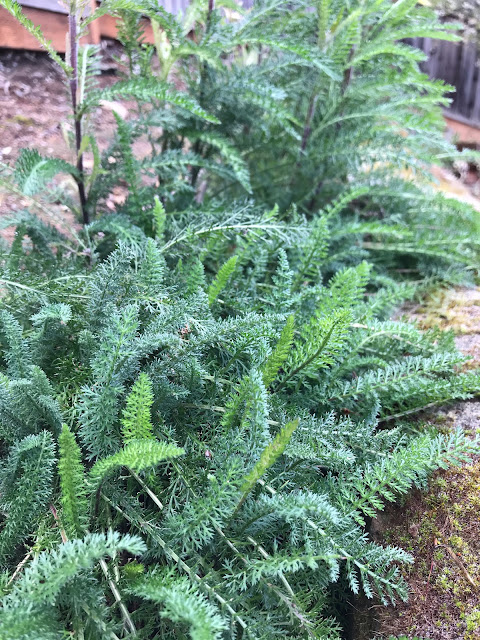