And I owe it all to this Inanimate Carbon Rod

When I originally got Blackbirb, my XC mountain bike, it came with an aluminum handlebar. This is the usual standard equipment for bikes at the price point that I paid for it, but they do leave a little to be desired compared to carbon fiber. 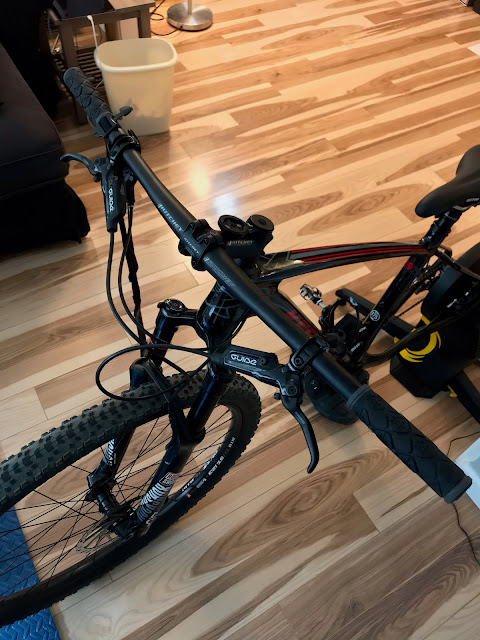 The biggest thing is they tend to carry a little extra weight, though certainly not as much as a steel bar might. 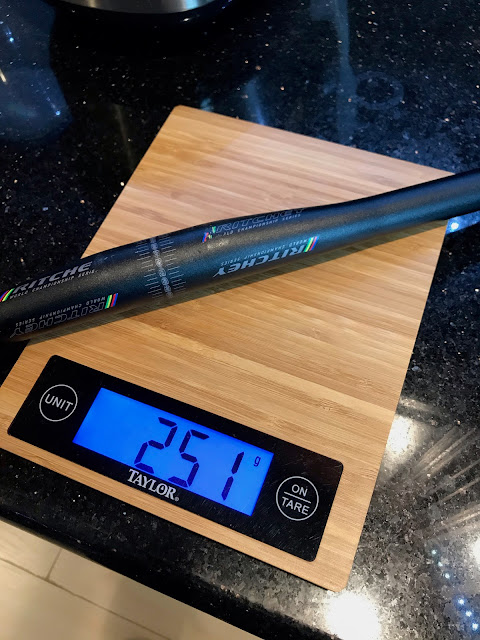 But there's also issues of vibration damping and compliance, and tradeoffs with overall stiffness. With a carbon bar these things can be engineered more precisely, but with aluminum it tends to be limited a bit by the material.

Thankfully a mountain bike handlebar is a very simple form, usually just a slightly bent tube with a bit of a thicker section in the middle. This means that it's quite inexpensive to manufacture no matter what material you're making it from, so upgrading to carbon isn't a big hit to the wallet. But it is a big hit to the weight of the bike. 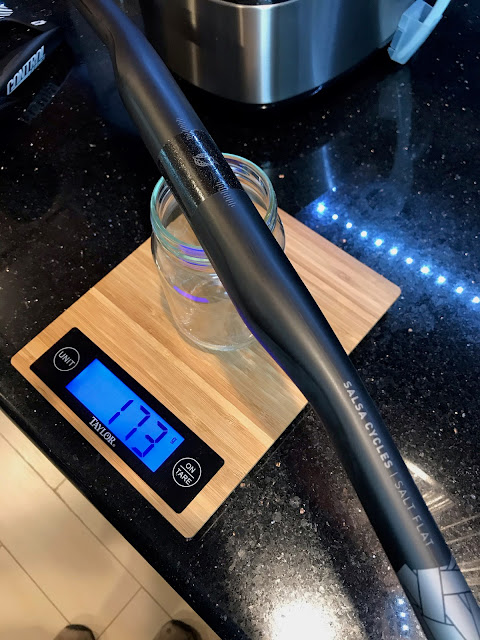 (The new bars have slightly more sweep angle to them, so I had to prop them up on a jar to keep the ends from resting on the counter while I weighed them. Yes I zeroed the scale for the weight of the jar.)

Lightness, compliance and rigidity was only one part of the equation for me, as I also wanted to be able to mount a mini aerobar to my bike, and it clamps to the bars on either side of the stem. On a lot of mountain bike bars, the taper starts very close to the stem clamp area and so the aero bars can end up trying to clamp onto that tapered area rather than a nice straight cylindrical section, leading to a sub-optimal mounting situation. These bars made by Salsa Cycles, on the other hand, are specifically designed with a wide center section for mounting accessories to, such as aerobars.

Speaking of which, I should put the aerobars on the scales too. 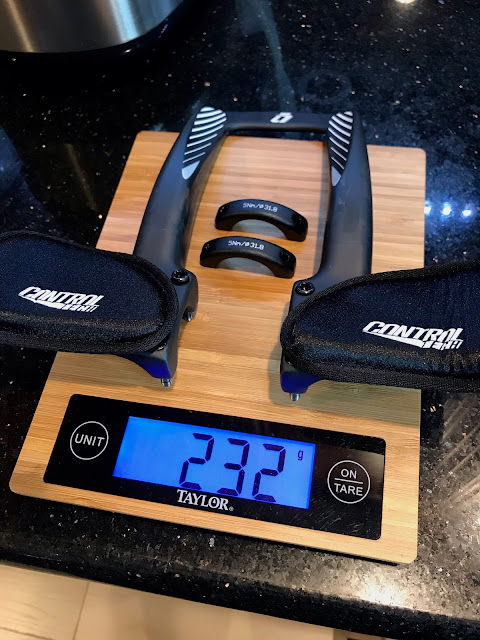 Oddly these aerobars are listed on the product page as being 276g, and given the difficulties I've had with the bolt heads pulling through the mounting holes it does make me wonder if it's missing a bit of carbon in the layup. Hmm. Hmmmmm.

I did manage to get this aerobar mounted successfully though, after two others failed during assembly, so here's hoping that what little carbon is actually in there is enough to keep them together. 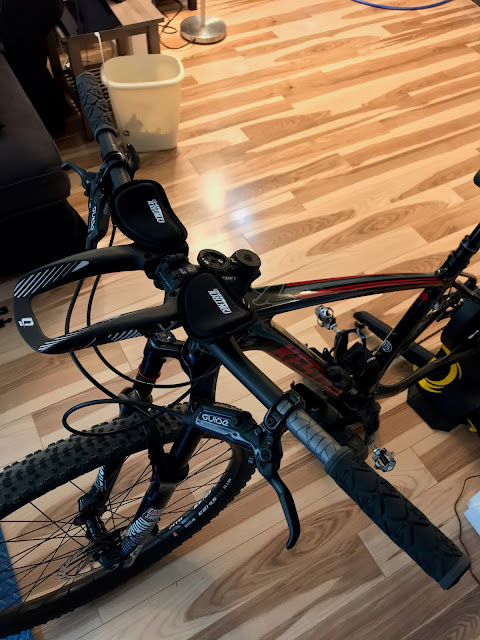 So in the end the combined weight did go up by, like, 155g, but I think the improvement in functionality of having the second, more aerodynamic hand position for riding long flat sections will be worth the tradeoff. And it's certainly less weight than it would have been to just stick the aerobars onto my aluminum handlebars.