Playing With My Wood

When it came time to not use the god-awful built-in speakers on the 42-inch TV I bought shortly after moving to California, I made the obvious choice and got a 2.1 sound bar and sub combo. This worked quite well and the audio quality was pretty nice, but since I didn't opt for wall-mounting the TV, placing the sound bar below the screen meant that it interfered with with the TV's stand in an annoying way.

So fast-forward to when I got my 3D printer, and I solved the problem by designing and printing a pair of brackets that sat on top of the screen to hold up my sound bar there. Neato. Problem solved.

But now I have found myself replacing my 42-inch set with a 65-inch panel, and the profile of the top of the screen is different enough between them that the old bracket won't work on the new TV. I had considered modeling and printing a new set of mounts, but since I now have a workshop-in-the-making I decided instead to carve a set of mounts out of wood.

Through a highly technical CAD modeling process (cardboard-aided design), I traced out the profile of the top of the panel and transferred the shape to an off-cut of european beech I sliced off of one of the planks for my workbench top.

I then fired up the band saw to cut it out and somehow managed to destroy a blade while setting the tension. Well, it's a good thing I have a spare I guess.

Anyway, I made a rough cut first to separate the two pieces, then stacked them on top of each other with some double-stick tape and made the finish cut that way to ensure that they were as close to identical as anything gets in woodworking.

Some finishing with some rasps, files, a card scraper and some sand paper smoothed things out, and then it was time to lay on the finish.

I went with a satin water poly, since I happened to have a tub of it, and unfortunately ran into some clouding problems. Apparently this is a thing that can happen with water poly, and while there's a few different suggestions sprinkled around the internet for how to avoid it, I'm not sure any of them strike me as particularly scientific. Either way, I pressed on with the finishing and decided that the finish being a bit too blonde and milky wasn't going to be the end of the world. However, in future, I'll probably pick a different finish for european beech to bring out more color in the wood. 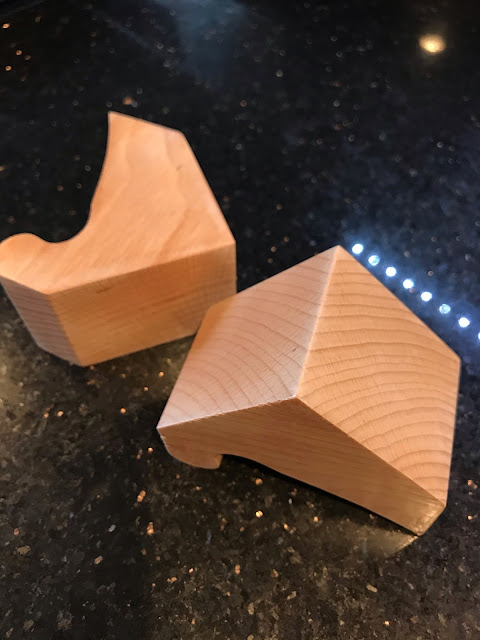 With an oil-based finish it should turn a nice peach color rather than just looking like generic pale wood. It's also possible that the color might just darken with age after a while, I suppose I'll find out eventually.

With that taken care of, it was time to put the brackets to use. 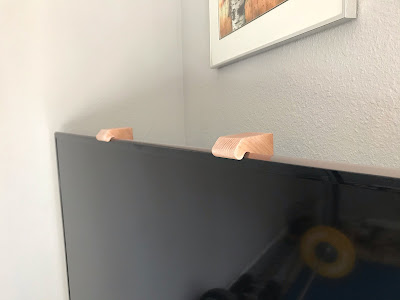 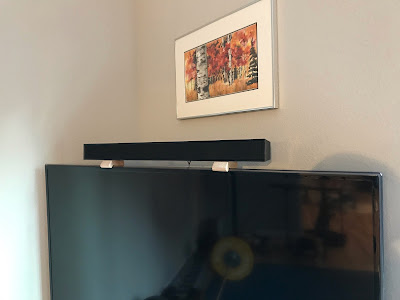