Wrong. After putting in the new high limit switch, things appeared to be working, but later on I got the same symptoms showing up again, and this time I did a big more debugging. I found that when the furnace was in fault mode that, in fact, there was an unusually low voltage (on the order of 2 or 3vac) on the entire loop, and disconnecting any part of the loop resulted in full 24vac on one side and 0v on the other.

There's only three things that could cause this to happen.

Given that 2/3 of the possibilities were a bad furnace controller board, I popped onto Amazon and found an exact replacement for about $100. Naturally I slid right into Jeff Bezos's DMs and had him send one over.

A few odd shipping delays in Texas later, and I had a shiny new controller board in hand.

Swapping it out was a pretty straightforward matter of unplugging the old one and plugging in the new one, and once that was taken care of I fired up the furnace and, so far, everything seems to be working. Let's hope it stays that way this time.

While I'm waiting to see if the furnace dies again, have some shots of the old furnace controller, showing some rather suspicious heat staining around some resistors. 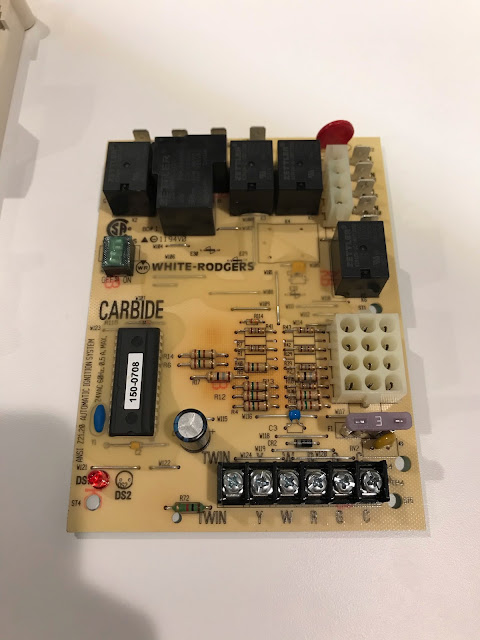 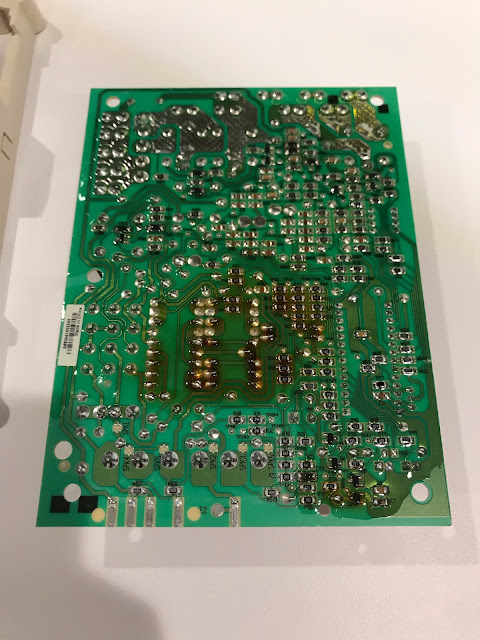 A little suspicious looking if you ask me.