Crawling In My Crawlspace

So today I finally decided to get around to putting in an ethernet jack next to where my computers are, rather than relying on wifi for connecting to the wild world of the internet. Not that wifi has let me down at all, it's been rock solid reliable and very fast, but nothing beats a hard line.

Step one, mark out the location for the jack. 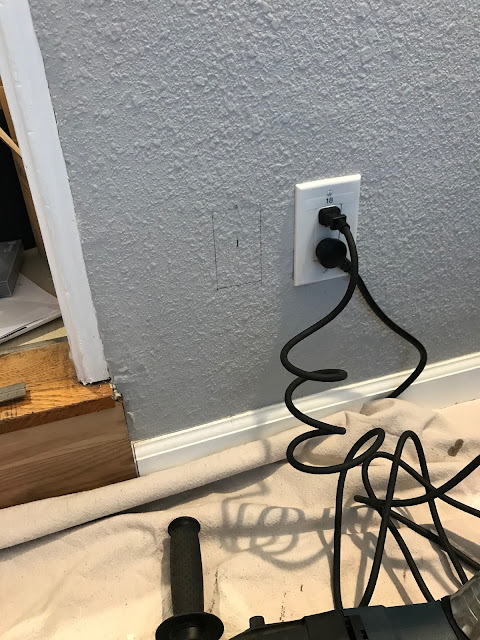 I used the location of a light switch on the far side of the wall to make sure I wouldn't end up cutting a hole right into the middle of a stud, and that plan ended up turning out quite well.

Now, despite the fact that this wall looks an awful lot like an interior wall, it is in fact an exterior wall. Or at least it was up until the addition was built. For whatever reason the builders decided to not take down the exterior stucco and instead just skim-coated and textured over top of it. That meant I had to somehow cut a square hole through over an inch of stucco. 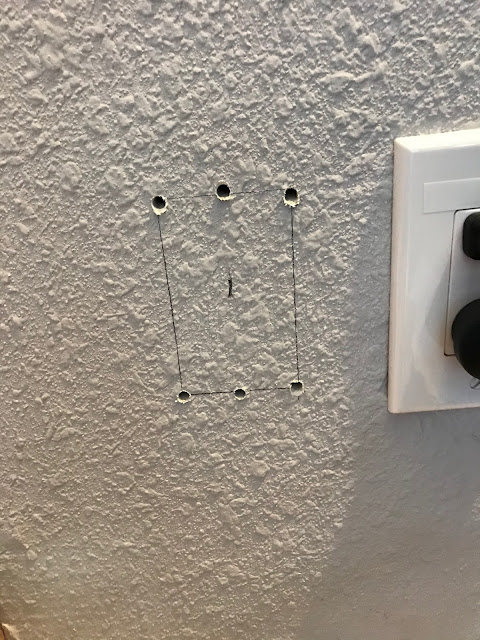 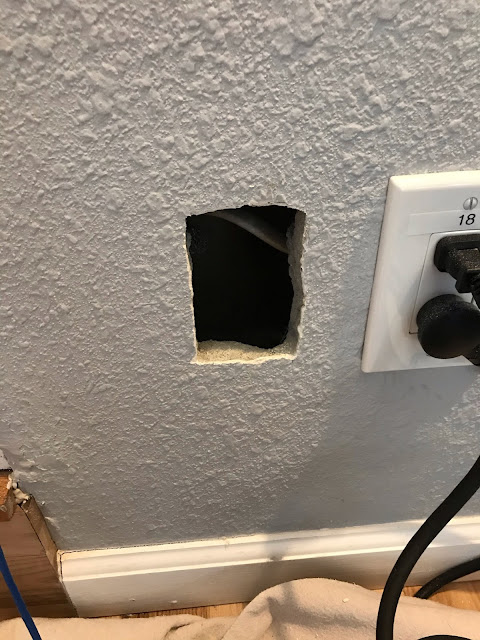 I was able to use my rotary hammer to basically perforate an outline of the hole I needed for the low voltage drywall ring, and the remaining plug of stucco in the middle luckily just popped right out without any fuss, leaving a remarkably clean hole. Perhaps not as clean and accurate as I would have gotten using a drywall saw in drywall, but the situation did not allow for that. 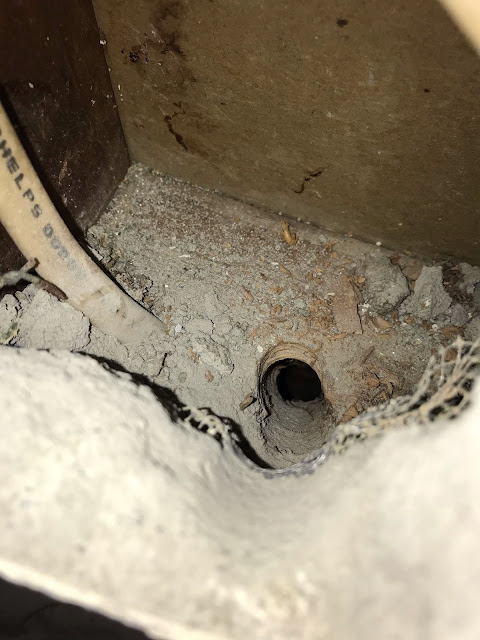 This hole is a bit of a mystery to me. It seemed to be positioned and angled almost exactly to supply a box right where I had cut into the wall. But, oddly, the cavity it opened out into didn't seem to lead into the crawlspace, and instead appeared to terminate between two rim joists, at least as far as I could see with my borescope. So, that wasn't too useful. Luckily I was able to drill a second hole a bit further back, and that one did break through into the crawl space.

Poking this hole through the stucco ended up dislodging quite a bit of material, and for some reason there was also an odd metal bracket at the bottom of the stud bay. Curious. 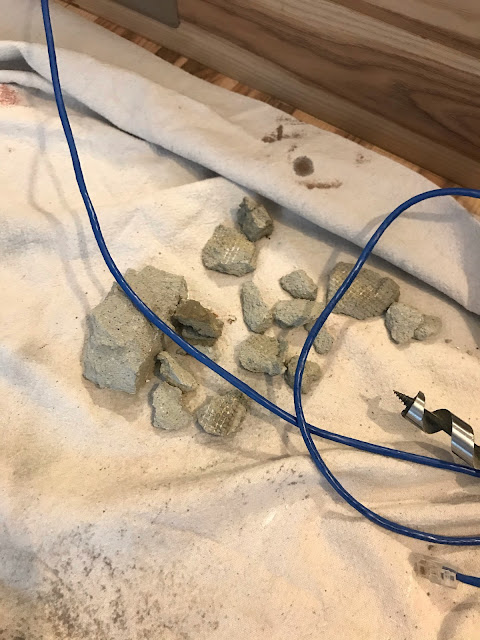 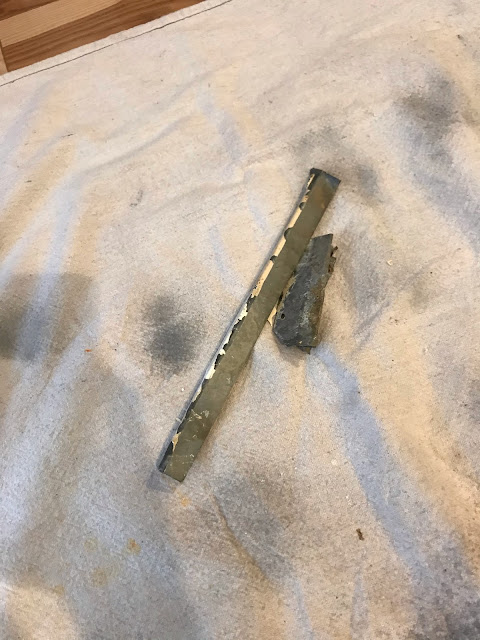 So all that was left was to go crawl under the house and fish the wires up through the new hole I drilled. Easy task, piece of cake.

You see, when I bought the house it was noted that the crawlspace was not the code-specified 18 inches minimum height between the dirt and the floor beams. In fact it was more like 12 inches, or less, under the beams, and where the ductwork went across it was more like, well, zero.

I did my level best to try to find a way to crawl around and under it all, but in the end I had to simply give up and crawl back out without making it over to the far corner where I needed to run the wires. Very sad. I'll need to figure out an alternate plan for this later.

Of course, I couldn't just leave a hole in my wall, so I popped the drywall ring in place, adding some construction adhesive to stick it to the stucco since the stucco was too thick for the usual plastic tabs to grab onto. 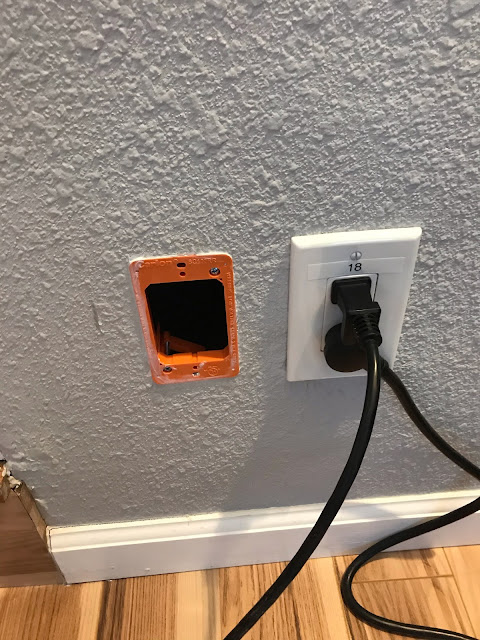 Then I topped things off with the cover plate and keystone jacks. 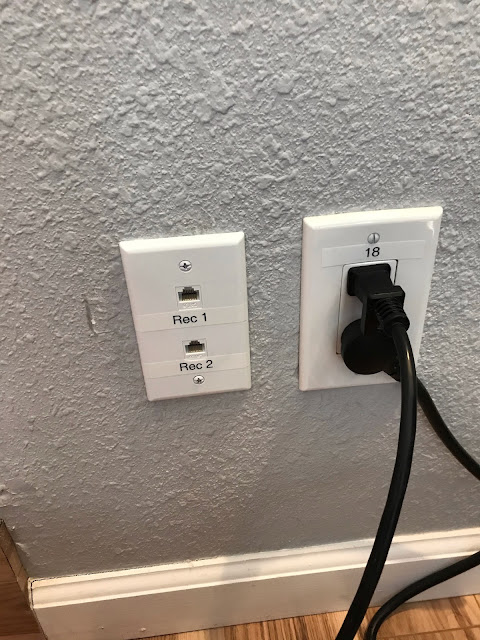 So it at least looks nice and finished. But it ain't.

An interesting side-note: The outlet right beside where I put the new jacks actually lands directly overtop of a stud. Whoever put it in decided to chisel out a bit of the stud to fit the box in place, which is a curious way of doing things. But, I suppose it worked, so yay?

Anyway, I have a few different options on how to proceed from here. I could try digging out a trench in my crawlspace to allow me access past the heating ducts, which would be an awful lot of unpleasant work. I could also see if I could remove some trim from an adjoining wall, drill through the rim joist, and see if I could fish the wires in from that angle without having to go into the crawl space. I could maybe see about coming down into the stud bay from the attic, though with the low roof angle it's really, really tight along that wall.

I've got options, I just need to figure out which options suit me best.