My Head Is In Stitches

So these cheek pads from my mountain bike helmet have been getting a bit worn in the corners. 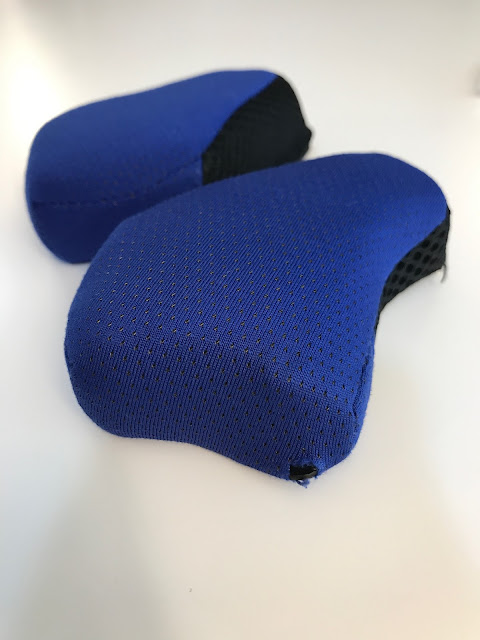 The fabric on the outside is a rather thin knit, and there's a backing of stiff plastic that it's sewn to, so as a result it's gained some extra holes over the years of laundering them after I soak them in sweat. 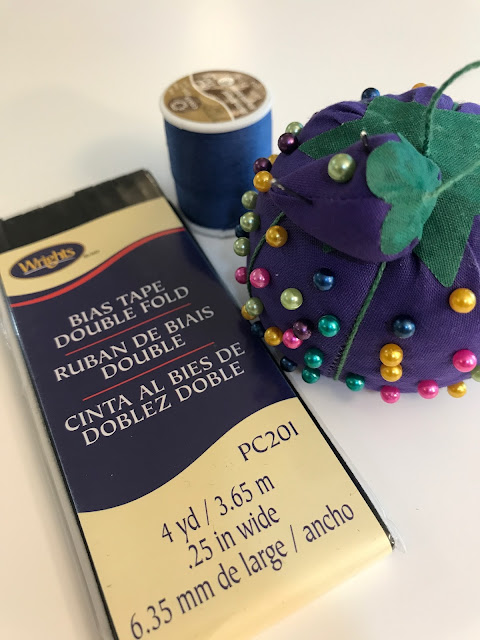 After removing the padding and turning them inside-out, we can see that the fabric is actually lined with a thin foam, and that there's luckily enough material between the seam and where the holes are to be able to line the area with a more durable fabric. In this case, some bias tape. 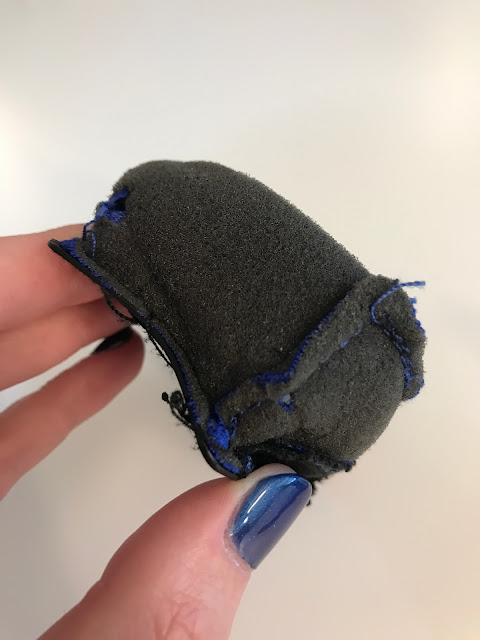 Bias tape is a peculiar material. It comes pre-folded, usually twice, where the edges are folded in, then the whole thing is folded down the middle. If you're using it to edge a seam allowance you just leave the middle fold in place, but if you're intending to sew it flat (for using as a hem, or in this case for using as a patch) then you steam that middle fold flat. 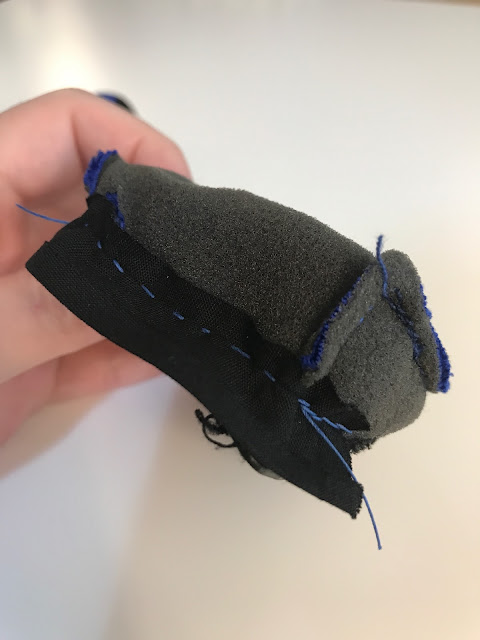 In either case, you first temporarily unfold one of the edge folds and use a plain stitch along the crease to sew that side in place. Then you flip it back up and use a slip stitch (or blind hem stitch, which is basically the same thing but with less thread showing on the right side) through the outside of the other crease to complete the sewing. 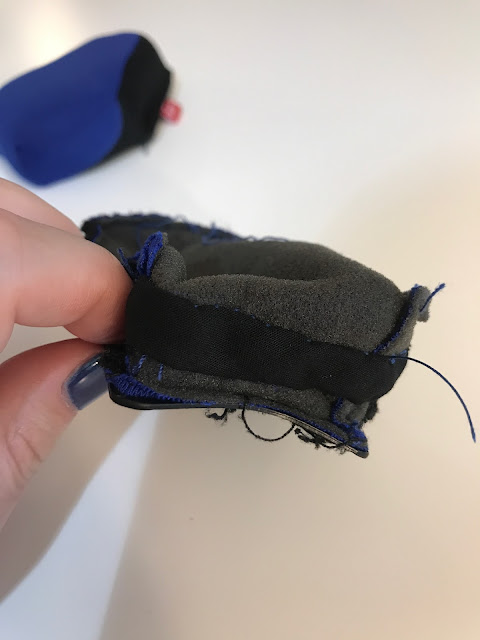 You can also top stitch this last seam with a machine if you don't mind a bit more thread showing, and assuming the project will actually fit in a sewing machine, which this one most certainly will not. 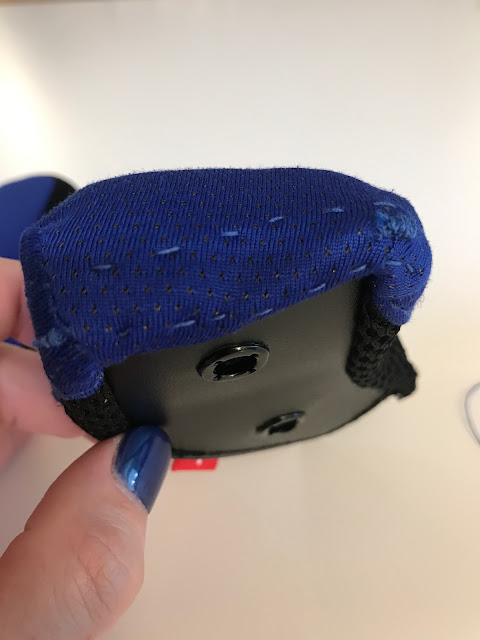 I also added a little bit of darning to the holes to close them up, and hopefully the combination of that with the bias tape reinforcement will keep things in one piece for a while longer. 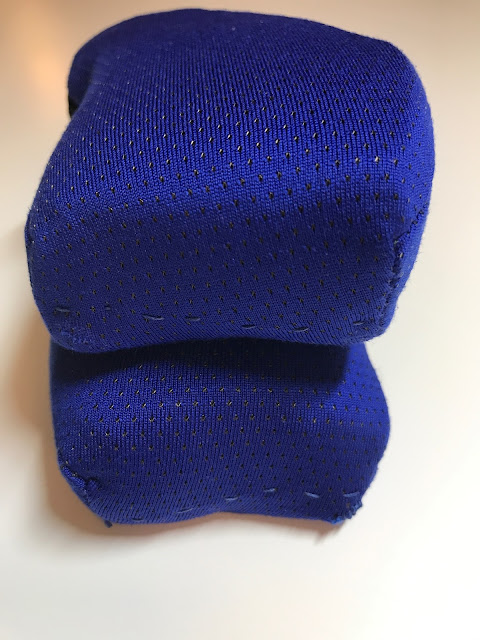 Although the other pad wasn't quite as worn, it still showed ample evidence that it would soon be getting some holes of its own, so it got a bias lining to reinforce it too. 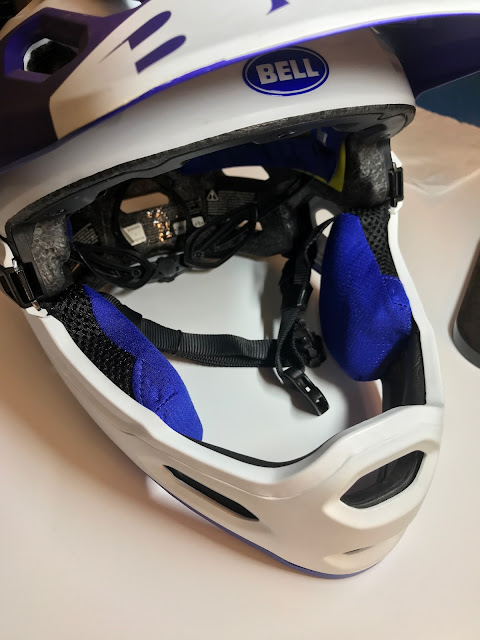 With any luck these should continue to keep my head in one piece.