After the soda bread disaster a few weeks ago, I still had the urge to find a bread-like recipe that would work well for my personal eating habits. Mulling it over for a while, I decided to try making some biscuits. 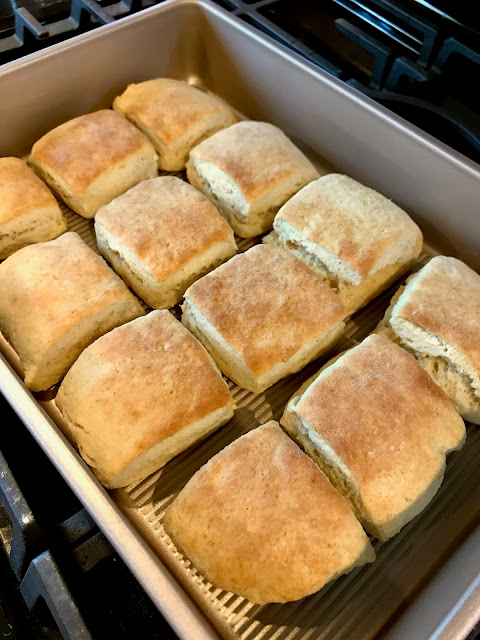 Thankfully this recipe was anything but a disaster, and in fact turned out quite well indeed. I did diverge slightly from the recipe, which called for either whole milk or buttermilk, and used both whole milk along with buttermilk powder in order to create a super-milk and laugh in the face of god himself.

I tried one already for lunch and have yet to be banished from this mortal plane, so I'd call it a success.

In other news, I decided to try a few new things for my weekly cake baking. Firstly, I swapped out the almond flour, because almonds are not a water-friendly crop, and instead used buckwheat flour. Secondly, I tried the "reverse creaming" method where you mix together the flour (and other dry ingredients), sugar and the fat (usually butter, but in my case olive oil) up front, then add in the liquid eggs and the rest of the liquid. This contrasts with the usual cake method which mixes the butter and sugar together first before adding the egg, then the wet and dry ingredients, or the olive oil cake method which mixes the egg and the sugar together first, then the oil, then the wet and dry ingredients.

The result is that the cake batter comes together dramatically more quickly, and bakes up... 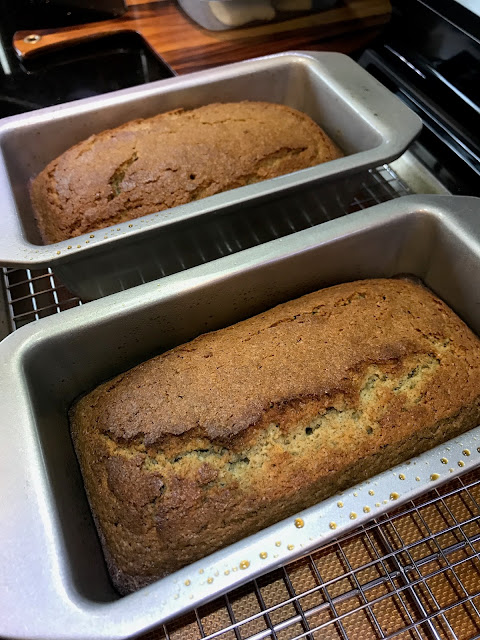 ... well, the jury is out on that. It didn't bake quite right, but I later realized I'd accidentally set the oven to 375°f instead of 350°f, and so that's probably why it was a little bit off. I'll give it another try next week, hopefully without the "oops."