The seedlings have finally graduated. I decided enough was enough and it was time for them to either move out or start paying rent, so move out they did. 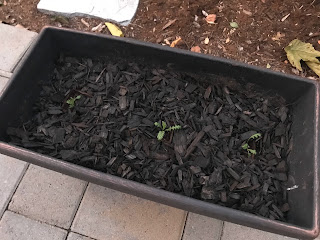 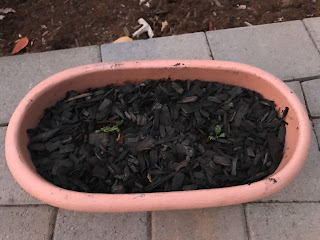 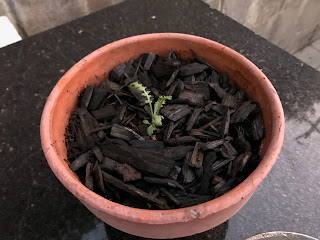 Some of them got stuck in pots, the bigger ones mostly. The rest got shoved in the ground up atop the retaining wall (no pictures). I also stuck some in the pot out front that has something else growing in it. No idea what that something else is but I guess I'll find out soon enough. 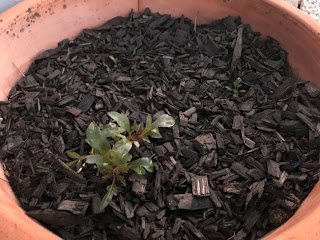 All told I got about 30 seedlings out of the tray of 50. The other ones? Some might say they were the lucky ones, free from the burden of living in a world hurtling inexorably towards catastrophic climate change. 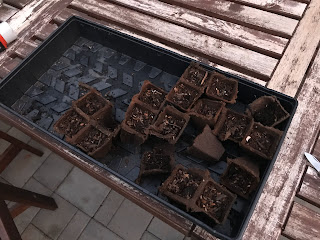 To be fair I don't expect some of the ones I stuck in the ground to survive. Anything that basically looked alive-ish got planted, and some of them were a bit more unalive than the ones pictured in the pots above. I'm not out much if they don't make it though, I'll probably be seeding up a second tray to fill in the rest of the retaining wall soon enough.
Posted by Nicoya at 10:25 PM