The Seeds Of Evil

Got myself some yarrow seeds on a lark to pretty up some of the blank dirt up behind my retaining wall. 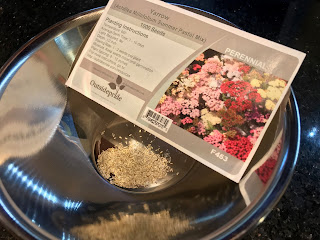 These seeds are incredibly tiny. The photo doesn't really do it justice.

Anyway, planted them up this afternoon, and I'm hoping those popsicle sticks I used as markers don't end up being tiny seed tombstones. But if they do I've got plenty more seeds to try again I guess. 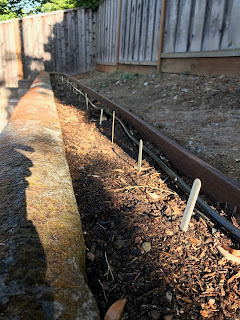 The irrigation isn't terribly functional. It's got some emitters but most of them seem to be some combination of clogged or broken, so I'll probably pull them out and install some lengths of drip line instead. In the mean time I'm watering manually with the hose.
Posted by Nicoya at 8:36 PM