Little by little the plumbing situation is improving. Tuesday's adventure was fixing a leaking drain line for the washer. 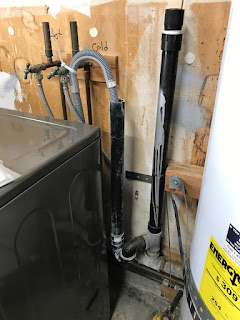 You don't have to be a plumbing wiz to see a lot wrong with this setup. This is the same mess of pipe that was originally just vented by a long pipe that reached almost up to, but not through, the garage roof. Hence why you see the island vent here.

Using galvanized pipe for a drain line is already a bad idea, as it will tend to grab hold of debris and rust through pretty quickly. This is made worse by a poor choice in fittings, like using a vent tee instead of a proper combo tee. 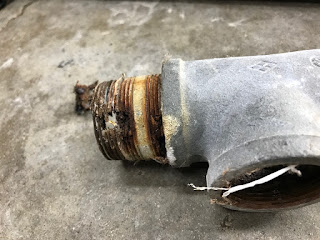 The results speak for themselves. Thankfully it's not a difficult fix, and gave me an excuse to remove the drain line for the sink I'd previously removed. 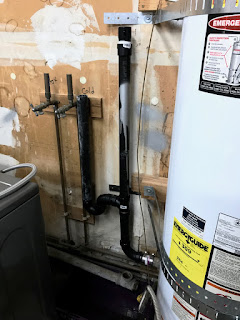 Next up is getting rid of this mess. Idiots only ever think in 90s. Luckily everything to the left of the tees is going away. 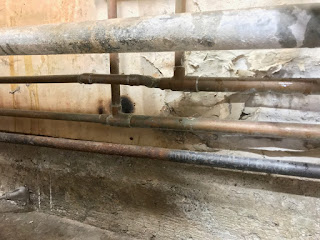