Or just resumes being green, perhaps.

First up, the pink lemonade blueberry, which bloomed this spring and started growing a few berries. 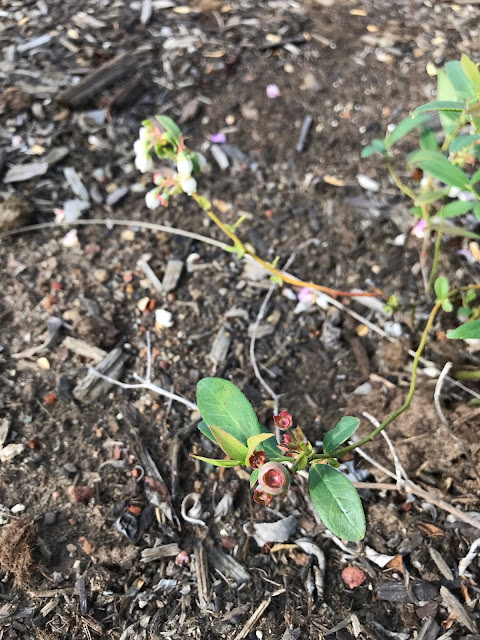 It looks a bit spindly in this shot but I mostly just wanted to show off the berries in front and the blossoms behind. There's plenty of leaves on the rest of the plant.

Next up is the Mexican Heather, which I assumed had just up and died, since it's commonly sold as an annual and had died back in the frost. 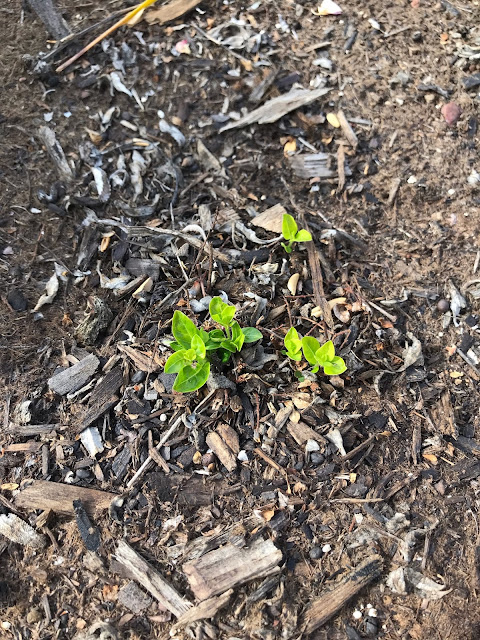 Well, that saves me buying a replacement plant.

Speaking of replacement plants, it seems that two of the four Lantana survived the frostpocalypse. 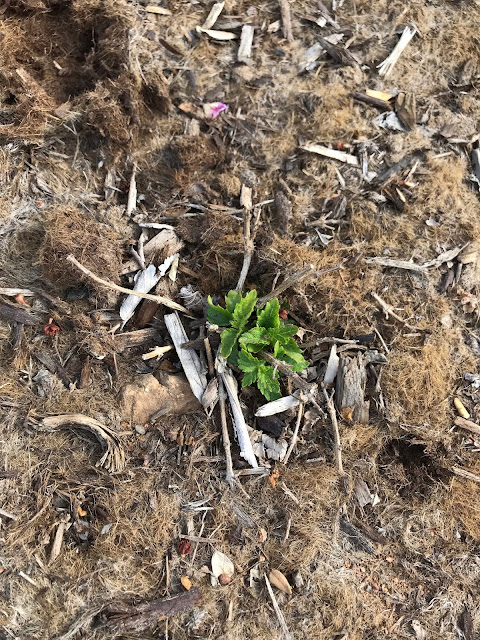 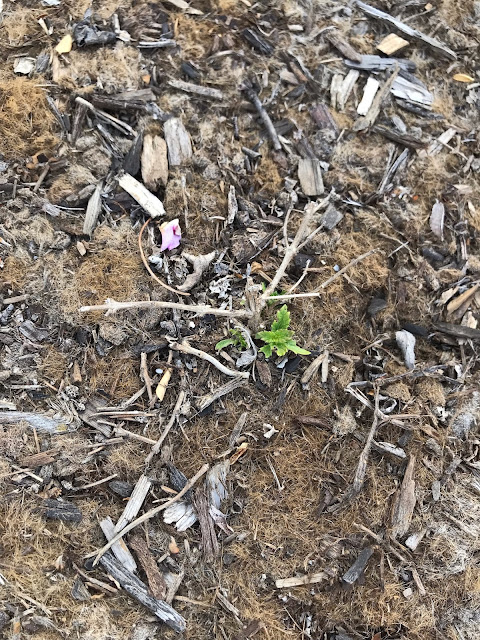 It remains to see how vigorously they'll grow, but I'll just go ahead and assume that life finds a way. The other two do appear to be properly dead, though, so I still need to replace a few. 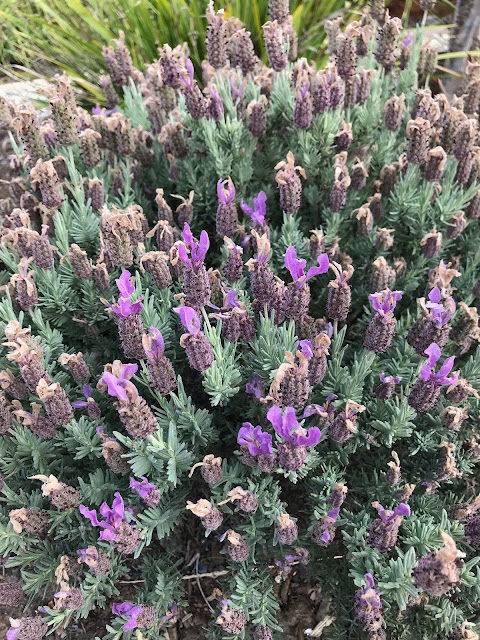 Didn't quite catch it at its peak bloom so a lot of the flower clusters have browned up, but whatever. You get the idea. It's happy.

Speaking of blooms, the Rose seems to have forgotten how to rose. 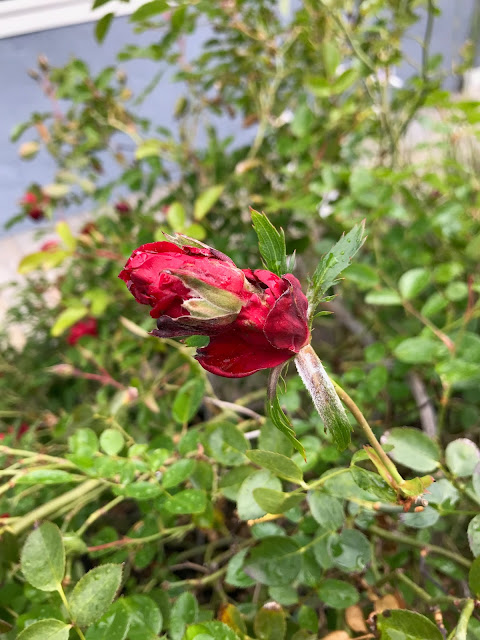 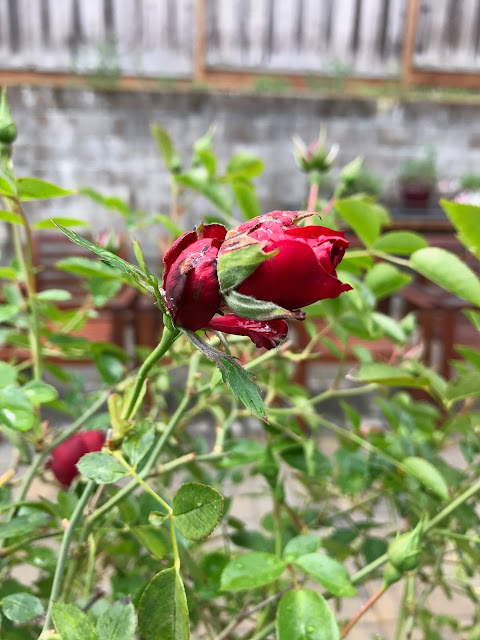 Why have one rose at a time when you can have two?

The Irises are doing their irising. 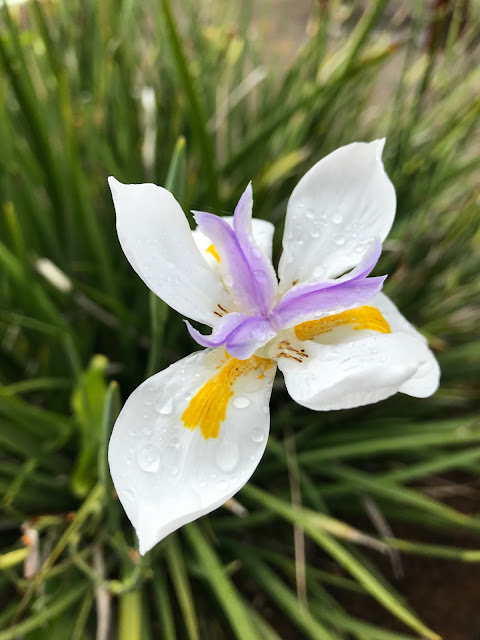 And the daisies and daisy-like things are doing their usual thing. 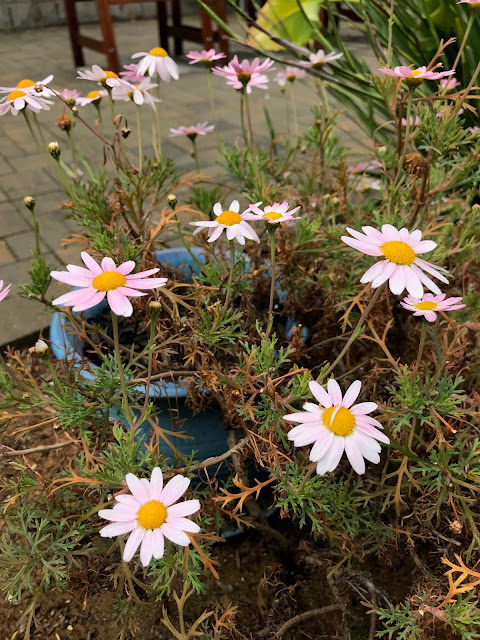 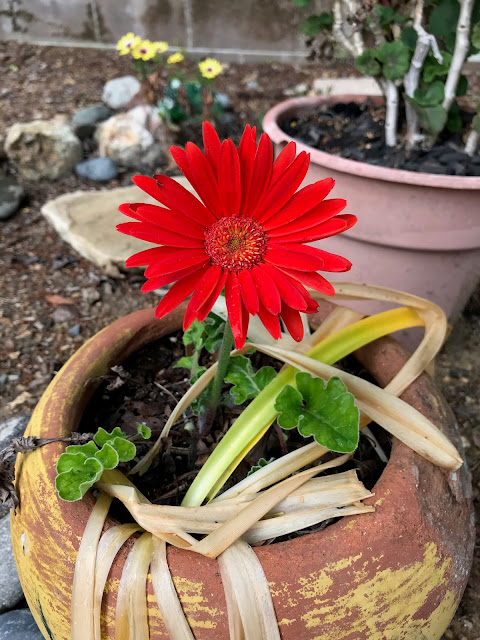 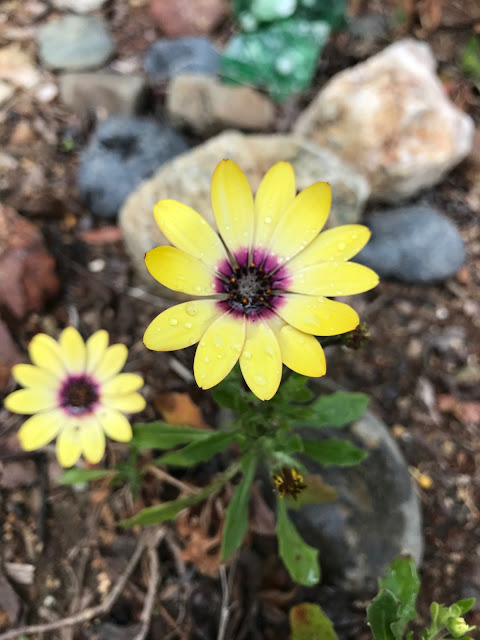 All in all, things are looking good.