A while back I discovered that the elastic in the waistband of my swim trunks had gone all crunchy. 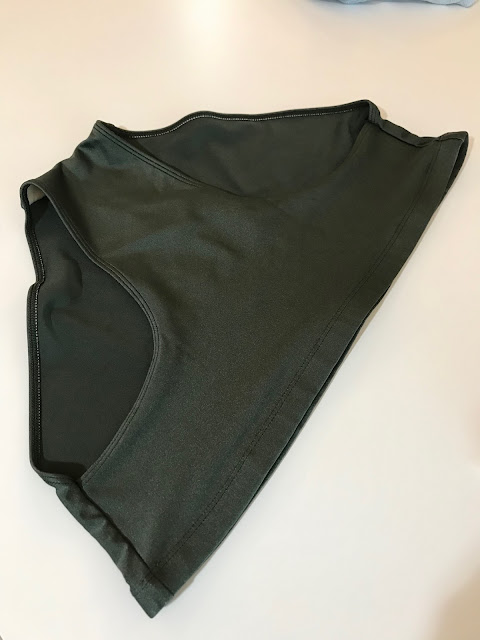 This does not bode well for staying decent after diving into the water. Thankfully, I can fix it.

After ripping one of the seams, we can see there's not much stretch left in that "elastic". 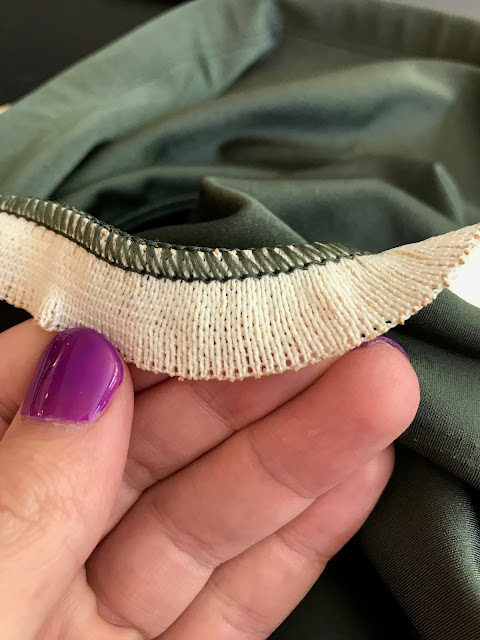 Yeah that elastic ain't gonna do much.

Removing the second seam, we come across an interesting discovery: when this garment was sewn, a line of overlocking was used to stitch together the liner with the outer fabric along the hem, but then almost all of this stitching was trimmed away when the overlocking for the elastic was done. 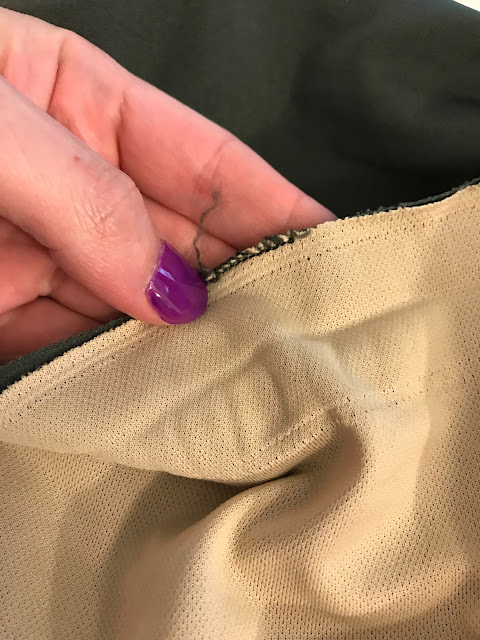 This is a little bit troublesome as I need these layers to lay flat against each other when I sew them to the elastic, and I don't really want to either add another seam (as this could end up getting somewhat bulky), or trim more fabric off the waistband.

It's a good thing I have science on my side. 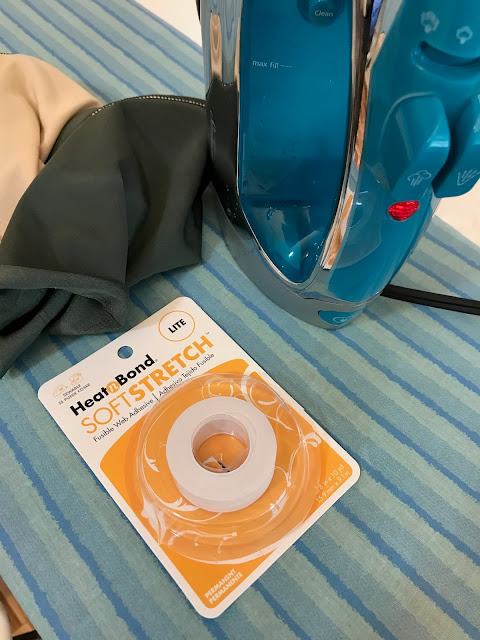 A little bit of ironing later... 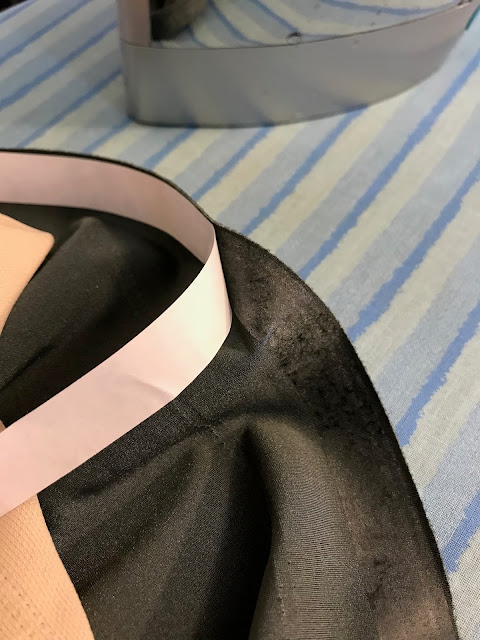 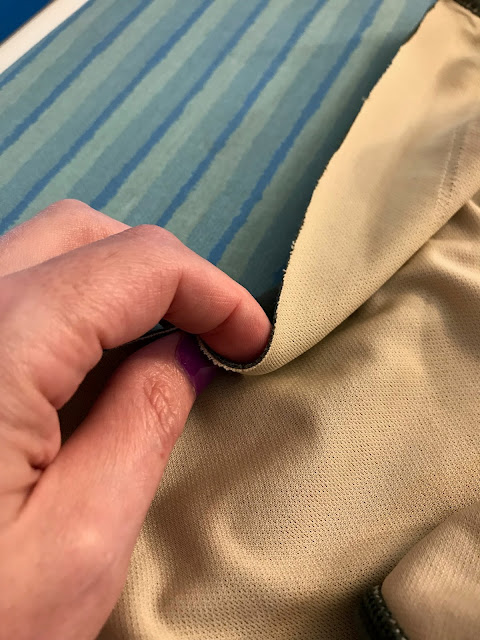 With that out of the way it's time to measure, cut, and stitch the elastic into a loop. 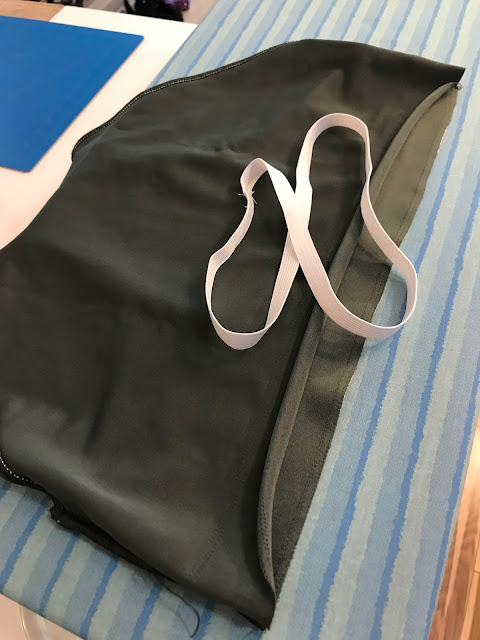 Which I accidentally sewed with a twist on the first attempt. Oops. Thankfully it was an easy thing to fix.

Next I dialed in the overlocker stitch. 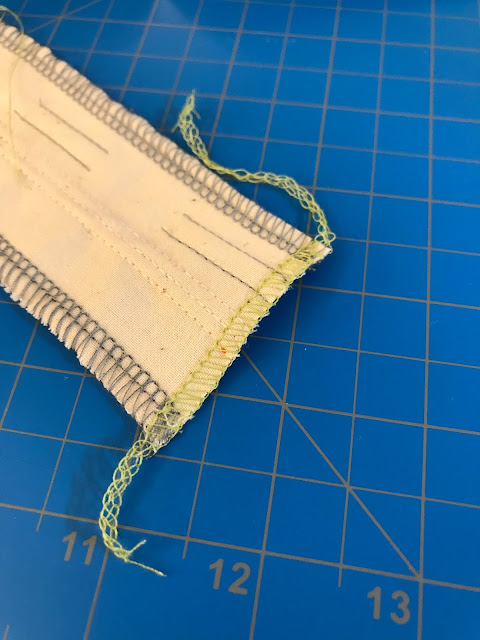 I used a narrower stitch than last time, with only a single needle rather than two, to match the original stitching.

So we're off to the races, time to stitch the elastic to the waistband! 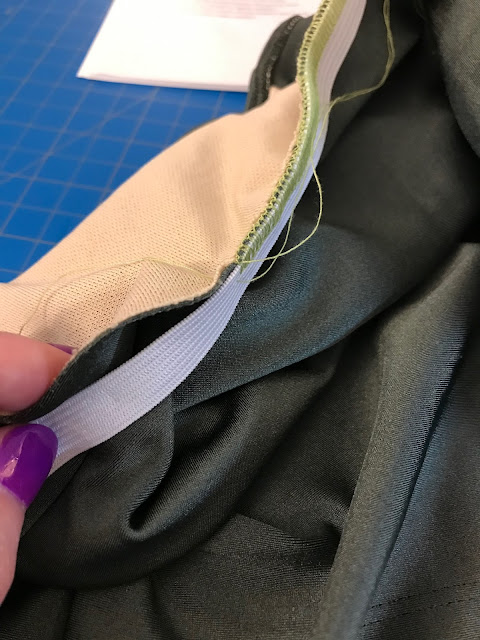 On the wrong side... Whoops.

Ok, rip that stitching out and take two. 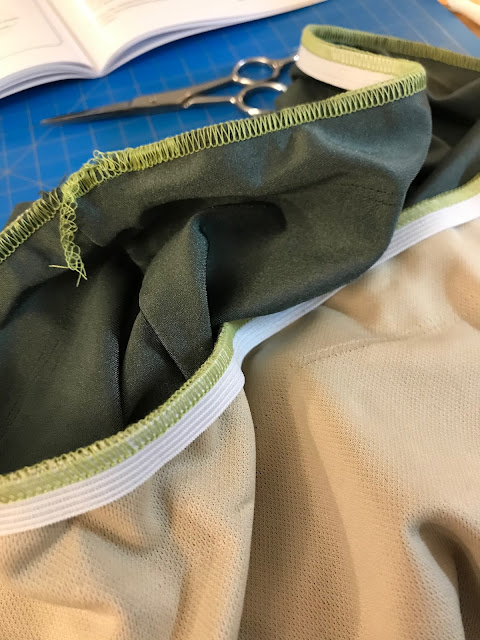 Then it's just a simple matter of reconfiguring my overlocker for a narrow 2-needle coverstitch. 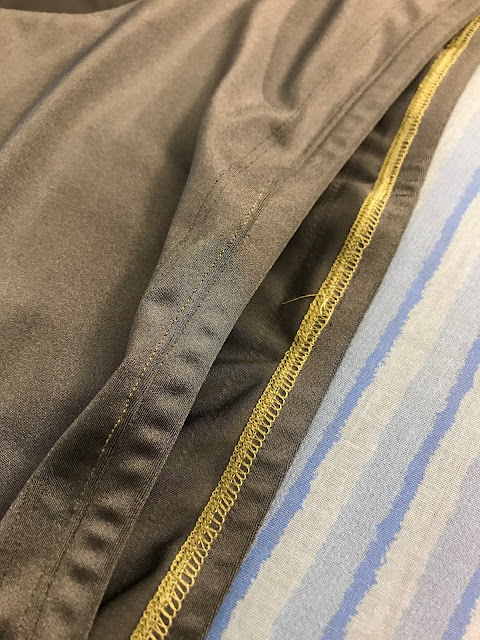 And I'd say that looks pretty good.

The thread ended up being a somewhat contrasting color since I ordered it online and didn't bother checking what shade of green my swim trunks actually were. Thankfully the colors still work well with each other, and the stitches on the outside don't even show up much through the spandex. 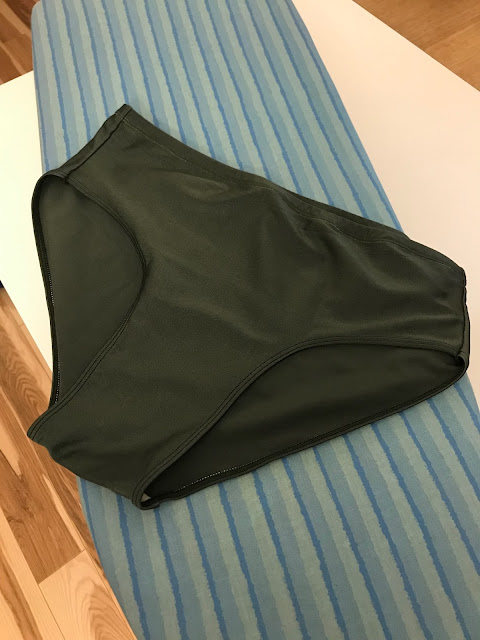 Another minor goof is that while I thought I had some 3/4" elastic kicking around, it turned out that I actually only had 1/2" and 1" (and some unrelated 3" stuff, but never mind that). I opted for the 1/2" which meant that the waistband turned out a bit narrower, and the new stitching didn't line up anywhere near the old stitching. Thankfully, it's not something that's really visible or noticeably wrong, so the end result looks just fine regardless.

So when am I going to go swimming? Fuck if I know, probably not any time soon. But at least now I have one less excuse to not do it.