Not long after I moved to California I picked up a few pair of sunglasses to replace the old ones I had been wearing, which were by that time getting a little scuffed and scratched. They each came with their own little pouch with a drawstring closure to keep them relatively clean and safe from harm.

That is, up until recently, when one of the drawstrings just up and broke. I wasn't even pulling all that hard, it just fell apart in my hands. Then just this week a drawstring on the other pouch broke, same deal.

This would not do.

So, off to Amazon to order up some 2mm satin cord and get fixing. 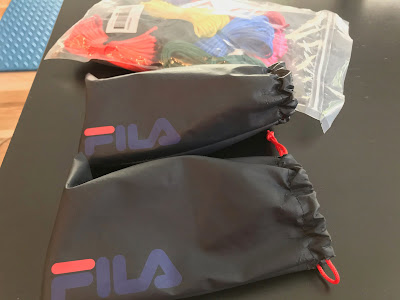 Conveniently, this also gave me the opportunity to differentiate the two pouches, as while the sunglasses were the same model, they had different coloured frames and lenses. One frame was orange, the other grey. 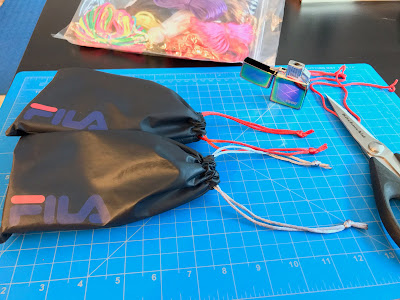 Conveniently, I can now easily tell them apart.