So I bought myself a jigsaw. This jigsaw didn't come with any sort of bag or case to house it. Naturally I took the simple option and went on Amazon to find an inexpensive tool bag that was sized exactly to fit it. 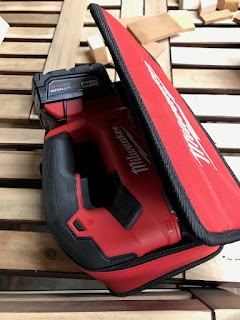 I get the feeling that the dimensions listed on the Amazon page were a bit optimistic. Ok, plan B: build a box. This begins with the simple step of building a box. 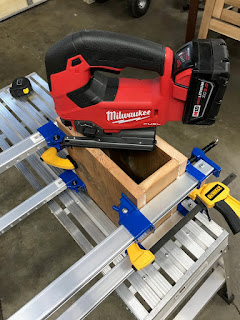 Now admittedly this is a bit of a peculiar way to build a box. Usually you start with the short sides and then either inset the top or have the top lay on top of them. However I wanted the sides, which I was going to attach next, to extend beyond the back of the box to form a pair of feet, and so for the sake of my sanity I decided to attach them last instead.

For the handle, I glued two smaller scraps of shitty 1x12 together, but did so at an angle so as to hopefully reduce the chance of the whole thing splitting along the grain lines and falling off. 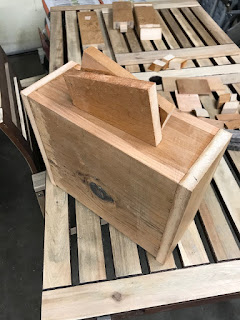 It seems to have worked out ok for me, but time will tell if it holds up long term.

The next step of building a box is actually being able to open it, so I took care of that in the usual way. 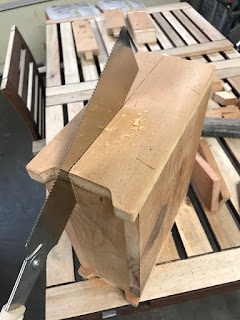 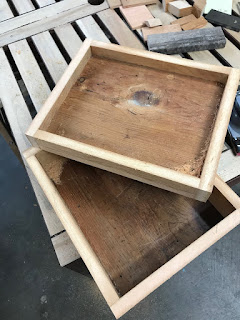 And then moved on to the step that keeps the two halves from becoming hopelessly separated from each other: installing hinges. 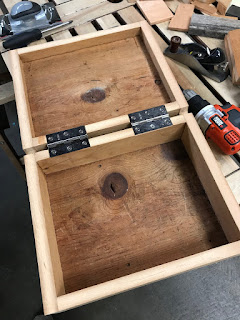 The hinge installation didn't quite go perfectly. Turns out that the cheap chinese hinges I bought weren't manufactured to any reasonable tolerance, and so when I marked all the screw holes in the same place the lid didn't line up quite perfectly. 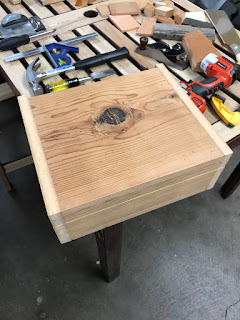 I cut out and glued on the handle, and then wiped down the wood with some mineral spirits to clean off any dust and grease, and get a look at how it might appear with a clear finish. 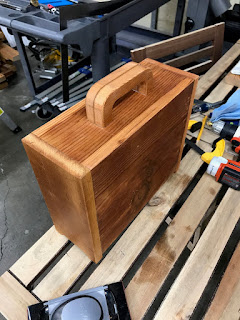 Truly horrifying. Ebony stain it is! And a few coats of water poly to top it off. 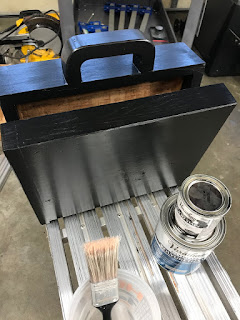 The photo makes it look like the wood grain has been totally obliterated, but I assure you that it still shows through a little, as you can see here. Of course this photo makes the wood grain look really pale and chalky, in real life the tone is much warmer. 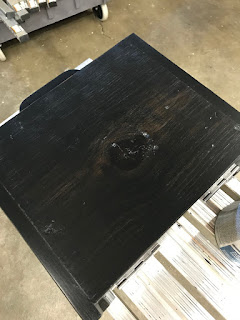 To make this box suitable for containing a tool, the inside really should be finished in felt. Luckily I had some laying around from another project I haven't bothered getting to yet, so 3.75 sheets of self-adhesive adventures later and things are starting to come together. 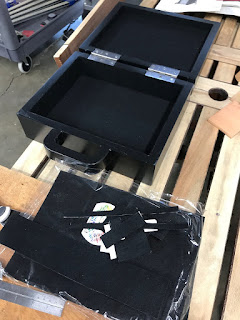 Now a box that can open is great, but a box that can stay closed is even better. I'd picked up some toggle latches from the middle kingdom and now was the time to install them. 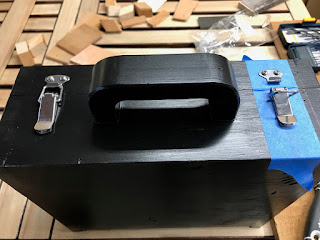 Truly splendid, and easier to install than I initially thought. One item worth noting is that I got the package that included a set of stainless steel wood screws, but they were flat-head screws and the hardware didn't have any countersinking, so had I used those the heads would have stuck up in a most unpleasant way. Instead I purchased some stainless sheetmetal screws from the Home Despot and used those instead for a much cleaner look. 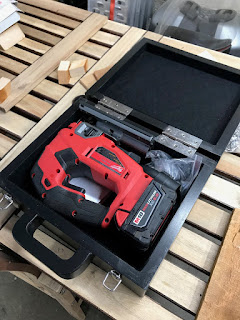 Oh right, and the jigsaw fits inside. That's kind of important. 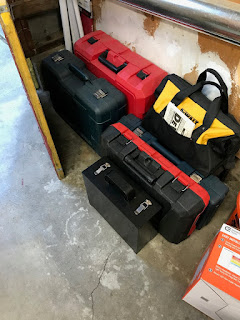