Wasn't really sure what I wanted to do this afternoon, so I ripped down the last of the hantavirus shelves in the car hole. 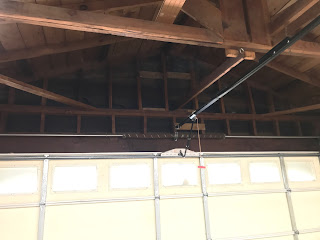 So good to finally have that done. While I was taking down that shelf I also found a little something left behind. 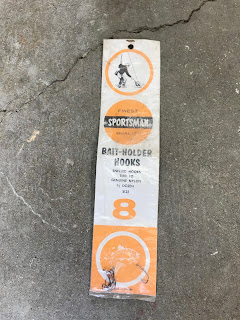 Now I'm no fishing hook expert, but I gotta say these ones look a little old. Gotta say it feels a little weird to throw away something like that, completely unused and in its original packaging, after it had been lost and forgotten about for probably longer than I've been alive. Like I know it's just an unfeeling, inanimate object, but it still feels a bit melancholic that it never achieved its life purpose.

Speaking of things left behind, someone's been leaving painted rocks in my landscaping for some reason I have yet to determine. 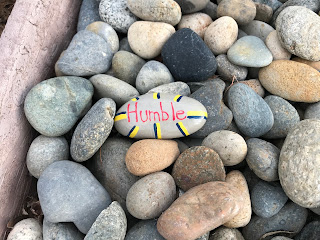 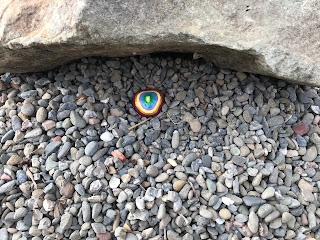 And on the subject of landscaping, here's a few more flower pics. The yarrow is blooming nicely, and the oxeye daisy somehow came back from the dead to spit out a bloom. 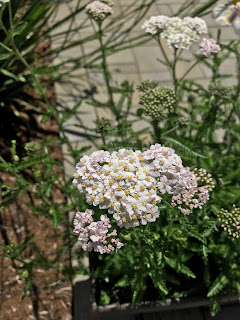 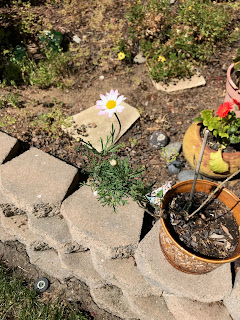 And finally, last but not least, a western fence lizard. 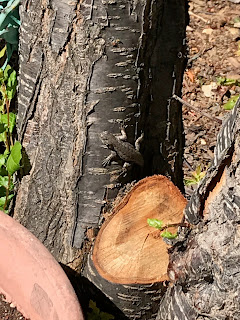