The Light of My Life

So today I finally got around to installing the motion light on the east side of my car hole (known to the fancy-pants amongst us as a "garage"). I picked up the lights from Le Amazon shortly after I moved in, but I've had other projects keeping me busy in the mean time. 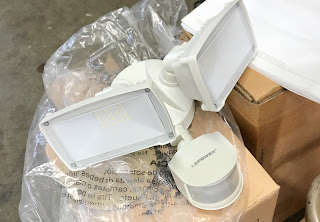 Step one, mount the box. 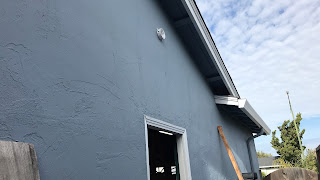 Right. Apparently the coil of 12/2 I'd been slowly chipping away at has finally wired its last. Off to the Home Despot it is. Thankfully they were open today.

It's worth mentioning that another section of hantavirus shelving came down this morning so I could better access this side of the wall, leaving only two sections left, this one adjacent to the house, and another section over the car hole door. 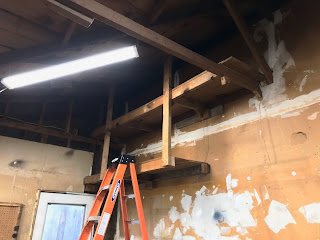 The end is in sight. Anyway, with the wire acquired I finished tying things together and got the light mounted up and ready to go. 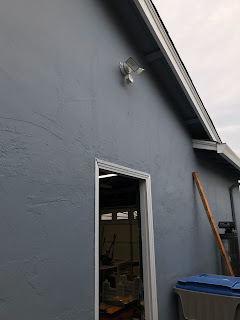 It does a great job of illuminating the side yard by the trash bins. And yes I still need to dispose of the old broken water softener. One thing at a time.

Speaking of not doing one thing at a time, I figured that since today was an electrical day I'd also swap out the ugly fixture in my front door entry cavern. It was an ugly, shitty lamp before, 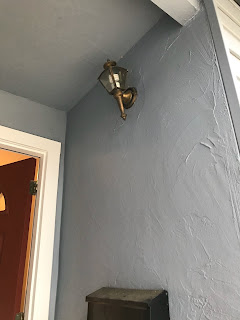 Which I would never remember to turn on, and occasionally forget to turn off. Its replacement has a dust-to-dawn function and looks much, much nicer.

Of course it also has no view whatsoever of the sky so it may be permanently stuck in dusk. It's a good thing LED fixtures don't draw much power.

Also I cleaned my mailbox.
Posted by Nicoya at 7:39 PM