Taking photos of everything, all at once


Got the backpack mount built for my Theta S 360 camera. Used a combination of 3d printing (for the joints), inanimate carbon (fiber) rods, and socket head cap screws combined with brass threaded inserts to put it all together. (Plus some GoPro bolts for the movable joints and a 1/4-20 screw for the Theta's tripod thread) 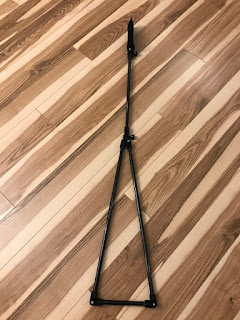 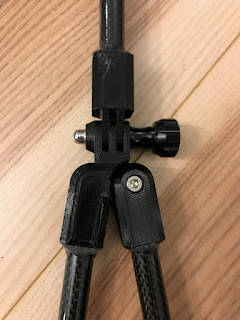 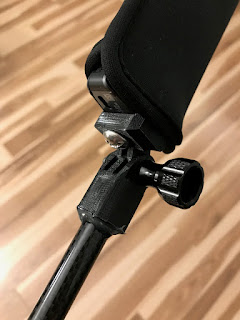 I was originally thinking of attaching the rods to the printed bits using epoxy but at some point along the way I got the bright idea to use hot glue instead, with the thought that it would make it easier to replace some of the joint bits later if they get smashed (as they're much more likely to be a failure point than the rods). I'm not 100% convinced that it'll be strong enough to go the distance but I can always scrape them off and print new ones to epoxy into place later if it turns out to be a problem.

The CAD took maybe a day or two to do and the printing took about 1.5-ish hours per piece for the 9 pieces, printed in PETG. They could certainly be printed faster with different settings, but I've been setting up my printer lately for higher quality rather than higher speed, so I don't mind the extra wait.

I will definitely have to watch out for low hanging branches, but luckily most of the places I plan to go aren't terribly overgrown. The whole thing is pretty light even with the camera up high like this, so it's likely that I won't notice the extra weight when I'm out on a hike. 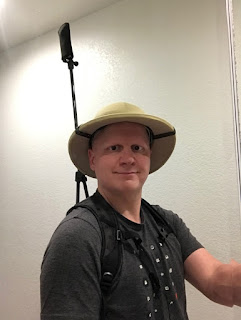 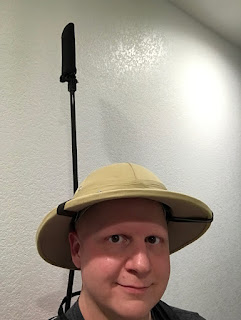 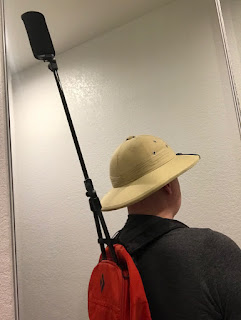 If the weather is nice I wouldn't mind giving it a test run this weekend. I guess we'll see!
Posted by Nicoya at 9:53 PM

A pith helmet! I haven't seen one since my last safari! Very cool.
😁

It works really well. Keeps the sun off and lets a breeze through underneath it.

I don't know why, but it always makes me think of the 80s Zoodles commercials.
https://www.youtube.com/watch?v=3treMuGiCVM