A while back I dragged my butt out to Santa Teresa County Park with an eye on riding a figure-eight loop that would take me down some of the more challenging trails in the park. I saddled up on The Crimson Ghost and took a wrong turn and ended pedaling up one of the trails I was supposed to pedal down, which caused me to burn a lot more energy than I'd planned, so I only managed to ride down one of the two trails on that ride.

This morning I headed out again to seek my redemption. Having learned from my previous mistake, I avoided taking any wrong turns and ended up at the top of the first trail (Rocky Ridge) much fresher and ready to take on the world. I did much better going down it, though there was still a short stretch (maybe 20 feet long) that I got off and walked.

I was quite happy that I managed to ride through a bunch of challenging sections that I had to walk through on my previous ride, and given I was still feeling much fresher than on my previous outing it was a no-brainer to pedal to the top of the second trail and give it a shot.

The second trail (Stile Ranch) was a bit more technical than Rocky Ridge, though I managed to at least somewhat roll though the whole thing. There was one section that I got a bit out of shape on and almost yeeted myself off my bike, but I managed to keep it together and avoided any major incident. There were a lot of rocky sections that lead into tight hairpins, and I generally had to stop at the hairpin and waddle my way around them because my smooth brain can only handle so much technical riding at one time.

That said, I did successfully ride both trails, so I earned my redemption from the previous ride. 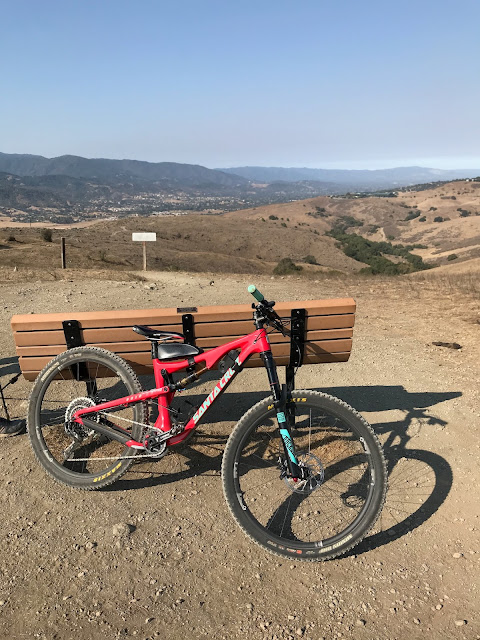 All in all, a very successful morning.