A Stitch In Time Saves Having To Use Duct Tape

As mentioned previously, Scooty-Puff Sr has been sitting in bad bike jail for a bit due to a tear in the seat that I wanted to properly repair. Also because it's been stupid hot lately and all the wind protection on the bike tends to broil you in the heat. 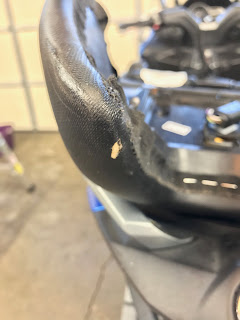 Most folks would either ignore this until it became a bigger problem or apply an ugly layer of duct tape to try to "fix" it. Or both. Not me, though, I would much rather fix it properly.

So, out comes the needle and thread! 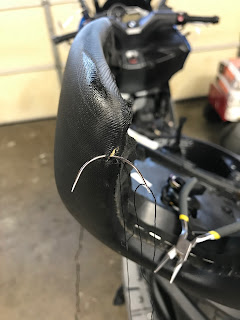 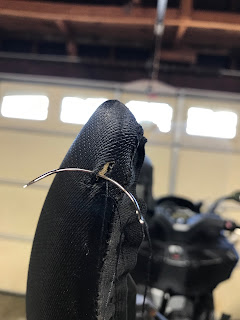 The stitching went pretty well. I just happened to have a curved needle and lots of high strength black thread in my box of supplies so I didn't even need to buy anything new for this job. The results speak for themselves, I think. 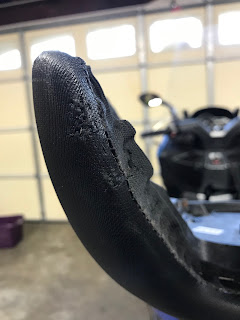 The fabric doesn't lay perfectly flat but given where the repair is it's pretty much invisible. Hopefully this fix will last another 6 years at least.
Posted by Nicoya at 12:15 PM